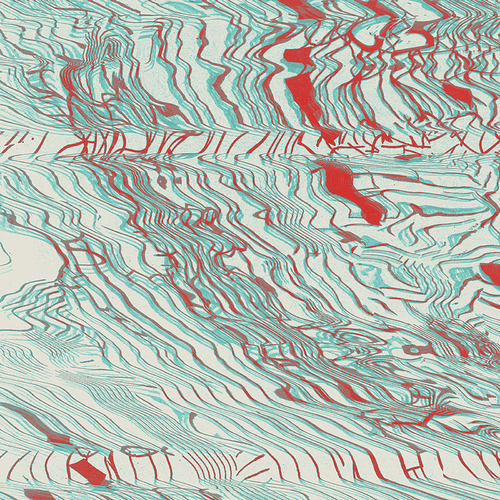 Really happy to finally post something in this category!
ironaugust is a – mostly lines-based – community remix project based on the 2015 kvsu album the malosco sessions. kvsu is an experimental/electroacoustic duo I have with a friend, Michele Cagol. Participants were asked to use only the actual vinyl record (our album the malosco sessions ) as a source material for their tracks. The album was released digitally and on CD on February 20 2020 (20/02/2020!)
Incidentally this day is what’s called “unsinniger Donnerstag” (Fat Thursday) in the German speaking regions. It’s also the day we recorded the track unsinnig (hence the name), the first track we recorded for malosco session, the album which was remixed here.
Keep reading if you want to know how this came into being!

You can find the pre-order page here:

Here’s a little remix project I’d like to share with you! Though please don’t take the word “remix” too literally.

We are working on an addendum album to our malosco sessions vinyl and would like to include some remixes by other people. To add little serendipity factor to this, we have decided to send out this open invitation to all lines forum members. I’m a big fan of the LCRP project and the Junto group, and I’d like to add a bit of its vibe to our thing here.

This is how it works:

First of all, before the May 20, you’ll let me know if you want to participate, so I can put your on our list.

I’ll need a physical address and project name / moniker and info about which track you’d like to mess with. To decide, you can check out our album here:

After May 20, I’ll send out a white-label vinyl of malosco session (for free, in case there were doubts about it) to all people on the list.

You then have time until August 15 to produce a remix using the vinyl itself as your sound source [1]. If you feel adventurous you can also include a video that documents your process.

[1]: The idea is that the vinyl itself is the source medium for the remix. You’re free to use it in any way you see fit, process it, sample it, physically manipulate it, etc. We don’t want to limit your creative freedom here.

What does the name mean?
It’s a silly pun on the Italian “Ferragosto”. Ferro=Iron, Agosto=August. Ferragosto is a holiday in Italy, the name does not have anything to do with Iron though, but stems from the Latin “feriae Augusti”, which might be translated to “August rest”. Incidentally the festivity is always on the 15th of August.

What are you going to make with the entries?
The plan is to make about 100 copies of this album, likely on CD, so we can bundle it with the vinyl. It will be included as a bonus download with the main album on bandcamp, and we’ll also release it as a separate “pay what you want” thing for those who already have the album.

What’s in for me
Short answer: you’ll get a copy of the CD mailed to your address and of course you can keep the vinyl.
Long answer: Just to make this very clear and transparent: I don’t think we’ll be able to break even with this, we’re mostly doing this for fun and to revive our album in a creatively interesting way. So no, there’s not going to be any money-making involved for any of us. This project is not going to give you exposure, book gigs for you or be great for your curriculum, but we hope it might be an interesting creative challenge!

How are finished tracks to be delivered?
As a WAV or AIF file, mixed, but not mastered (we’ll take care of that).

What if I need more than one vinyl?
You can have more than one. Just send me a note explaining what you have in mind.

Who the hell is kvsu?
It’s an electronic/electro-acoustic duo composed by me and my friend (and talented composer) Michele Cagol. We used to have a nice website… but I had to move to a new hosting and so for now we only have this lousy temp thing: http://kvsu.net/
The name is short for “kurodama vs ubumaic”, which were me and Michele’s monikers before we started to perform as a duo.

Cool! Please send me your address and the other info as explained above, and I’ll have a vinyl sent your way!

I’d love to hear what you would make!

Fabulous! Thank you for the invitation to the members of llllllll. If there’s still an opportunity, I’d love to participate, and will send a PM with the details momentarily.

If there’s still an opportunity, I’d love to participate, and will send a PM with the details momentarily.

There absolutely is! Sign up is possible until the 20th of May. So plenty of time to still take part in this!

The first bunch of vinyls are going out today. But I have a few more if there’s anybody else who wants to participate!

If anybody feels inclined to share their process here in the thread, please do so! That’s one of the things I’ve always appreciated from the LCRP project (even if I’ve been pretty bad at it myself).
I know it’s a bit early for it, since the vinyls haven’t even left my place yet… but I wanted to mention it ahead of time!

Nice! Count me in! I’ll send you my info later!

Very interesting! I would like to participate if you have any vinyls left. Thanks!

Sure, I do have some left! Just send me a PM with your address and I’ll get one sent your way!

A little update to all of you who have decided to participate. I got a bit sick last week so the last vinyls are still here waiting to be shipped. I’ll try to take care of that asap, once I have fully recovered!

I see I’ve just barely missed the deadline on this, but I’d be interested in participating if it’s not too late…

Did some reconfiguration to get prepped for this. Moved the record player from our living room to my music making room. Excited to get going on it (though not sure what I’m gonna do yet) 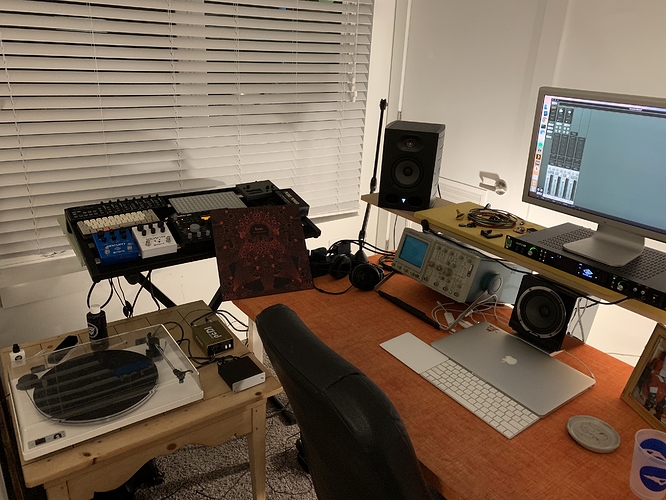 Made a start last night after getting a few tracks recorded onto my computer plus some vinyl run off noise. Not sure where im heading but getting the feel of it.

Sure, send me a PM with the info!

I’ve finally made it to the post office so all the remaining vinyls are on their way now! Please let me know when they arrive!

Apologies for the silence but I have received the record. Thank you! Now it’s time to start my adventure. I will commit to a single track within the week.