Simply, a speaker (for any electronic source, example Axoloti) without a speaker cone.

I have tried the prototype a couple of times, different locations, from small to bigger rooms, (example studio in IRCAM to main Auditorium at Superbooth18) connected with many electronic instruments and was always a very rewarding experience, not only sonically but also sensory when it is in direct contact (ONDE+playing instrument)

Its still in countdown… but I can’t wait!! to have a bit of the acoustic world closer.

Also fascinated by this, but dreading the shipping cost to Australia.

I want to find a speaker system that takes away air pressure to simulate the split sec sound of a car accident.

I don’t know where lol.

Thank you for sharing this!

I played this at Superbooth and it was one of the most impressive things I saw there. It really brings a new dimension to electronic instruments, particularly tactile ones like the continuum. It’s hard to convey in words or photos, you really have to try it out. Moving air and turning electronic sound into a real vibrating object other than just a PA speaker is really cool.

I’ve only seen the online demos but I’m completely sold on the idea.

Counting the days till the Kickstarter launches… 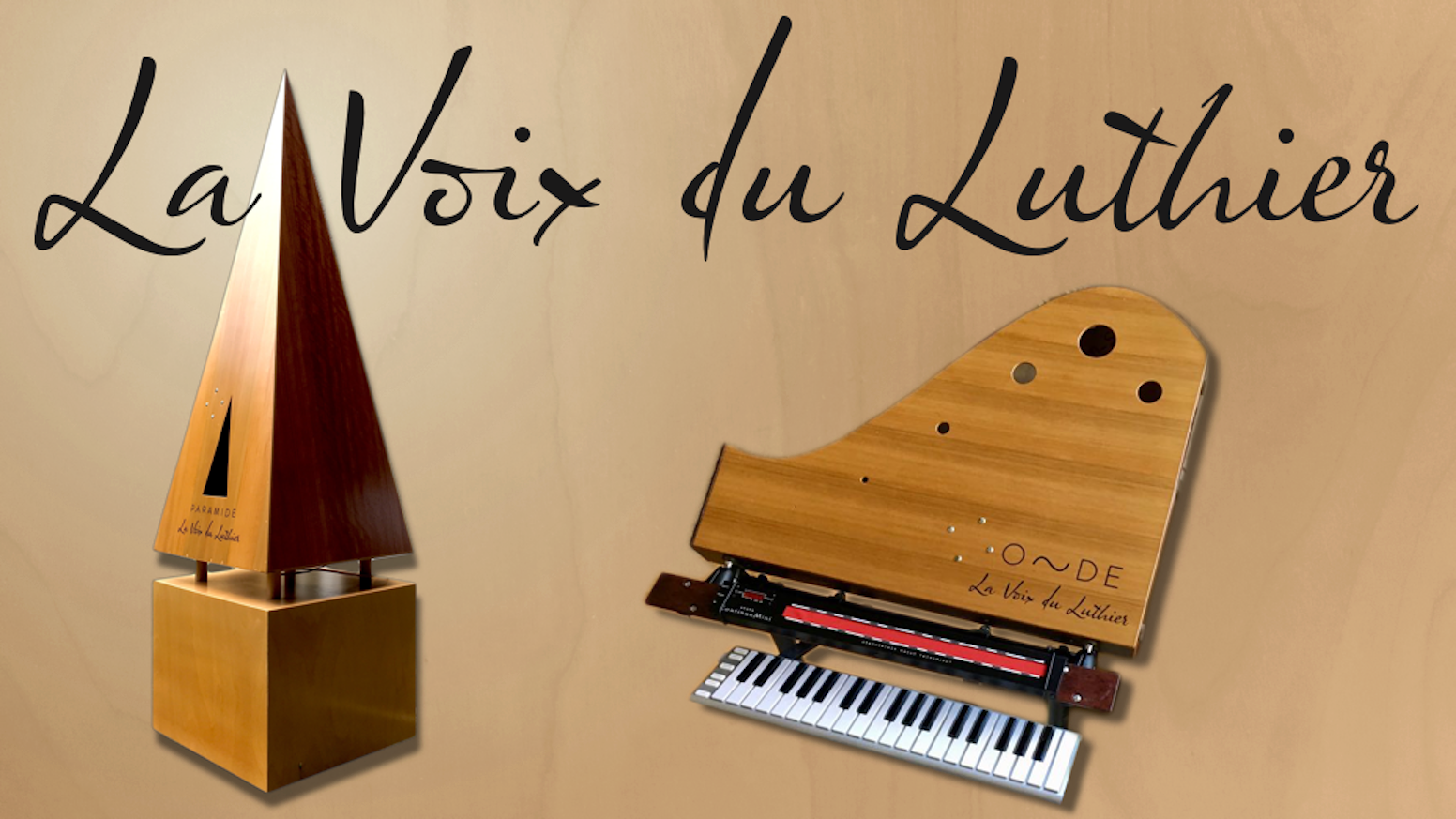 The sound of a luthier for your musical instrument: no speaker cone, just rich, acoustic vibration.

I’ve thrown my hat into the ring - fingers crossed. Visions of augmented handpan setups leveraging norns and the onde are dancing in my head…

…now to figure out what to clear out of the tiny studio to make space.

this Continuumini peformance with Onde by Edmund Eagan has made me question my creative ethos and recalculate my budget. I must say I’m deeply stunned by this concept.

this is a tricky one, as its all about a sound that surrounds you, that you become part of (thru vibrations), which you cannot get from seeing youtube videos.

they are trying hard though, with lots of different types of performance and different artists trying it out

I played with it a little at SuperBooth, and I loved the fact that suddenly you could feel the vibrations as you played on it - its like the difference of playing a piano, and a synth , the former you can feel whereas synths feel a bit remote.

also in the performance area at Superbooth it sounded fantastic, felt like some strange mix of acoustic instrument but with the synth tones you know and love.
If you played live with it, I think it would add a different dimension to the performance (assuming the right environment)

this is a tricky one

Sure.
The net price of this combo is about 2040 EUR and in my universe this is a lot of money. Also, this money gives you a ticket in Kickstarter lottery, not the instrument itself.

The net price of this combo is about 2040 EUR and in my universe this is a lot of money. Also, this money gives you a ticket in Kickstarter lottery, not the instrument itself.

the onde is around 690 euro, and the pyramid 1090 (at current reward levels)
and whilst the Pyramid is nice, the onde is very impressive… don’t be mistaken by its size, it was the onde they had on the performance stage at superbooth, and it filled the theatre with sound easily.

not saying is ‘cheap’, so its not for everyone - but there is still a ‘market’ for high end/good quality gear - no?

lottery seems a bit harsh/cynical
they were at superbooth, with full working prototypes, talking to everyone, and Christophe is associated with Haken, and also runs a software business, and Marc the Luthier is a well respected too.

perhaps if anyone has concerns they should contact them, talk them thru.
or wait till after kickstarter, see how it goes then order once kickstarter is successfully delivered. (albeit at the higher price) 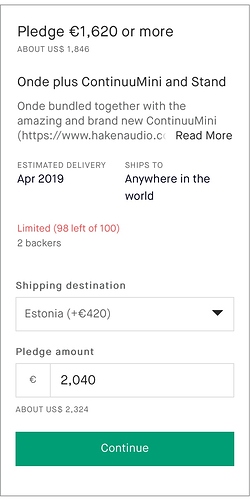 Lottery seems like a very odd choice of wording. I suppose it’s technically true, but having met some of the participants, and seeing that they’ve solved all of the technical challenges, the risk doesn’t seem huge to me. As @TheTechnobear says, the Onde on it’s own is a fine piece of kit. I wasn’t at all convinced in the Superbooth exhibition space, but the presentation in the large theatre more than convinced me of it’s capabilities in a very large performance space.

my current thought on setup is

I realize the onde isn’t traditional stereo but maybe this would give the best of both worlds
I’m thinking of using the kv vixen for a portable mixer and using the AUX outputs as a stereo send for the onde. Then I can really dial in what instruments out of a whole mix and how much are going to it instead of just trying to send the full mix.

yeah shipping is quite expensive but you are also with the pyramid your getting a speaker that is the size of a large child. On top of that…the import taxes have me a little worried. I’ve bought into the early bird onde and can’t see myself using the pyramid outside of a studio setting.

yeah the stand and continuumini are not cheap, seem to be another 500 euro each.
But you don’t need these to use an Onde.

yeah the stand and continuumini are not cheap

And the shipping cost to EU is double of what it is to US. I was really surprized to see that for an European product. With this kind of shipping prizes it probably makes sense to wait for the instruments to be in the shops in EU.

I clarified the high shipping prices with them and apparently its their way of handling taxes, so shipping costs = taxes + shipping costs. So the Onde is ~950 incl. VAT in the EU.

I must say that I am very excited for this and I hope that it will be available to test in Poland/Berlin because one of the things that I miss the most when playing the synthesizers is resonance of instrument body. I love playing classical guitar or grand piano because I can feel the whole instrument “working” and I feel that it could solve the feeling of disjoint when improvising with someone who plays acoustic instrument. Unfortunately price is a bit step for someone from Poland but if they will deliver all the promises then I will just need to start saving.

Thanks, now it’s clear. I just could not understand it from the description.