I’ve been trying to find the larouchian scale or tuning for the last few weeks but haven’t been able to find information about how to tune a guitar ( or Better yet - input it to my ornament and crime module ). I was wondering if anyone here had it handy?

For background Lyndon larouche was a reagen era ghoul whose political trajectory is the weirdest story (Calvinist > Marxist > trotskyite > cult leader > deep state) on top of the political theories of his that undergirded the weird cult that infiltrated the govt (partly responsible for Star Wars) he had some wacky ideas about psychology, the brain, and music that I don’t fully understand but would love to hear

LaRouche's Campaign for a Classical Renaissance

Based on the article you linked, and Wikipedia, it’s not a scale that’s being talked about, but the good old A = 432 Hz tuning (that was the old orchestra standard before current A = 440 Hz) <- remembered it wrong initially, it was not - just suggested by Verdi and some others and apparently never really caught on. Nowadays it gets associated with all kinds of esoteric stuff from chakras and “natural tuning of universe” to various crazy conspiracy theories.

So basically, you’d just need to tune everything about 32 cents lower than you “normally” would (using A = 432 instead of A = 440 as a reference pitch), and that’s it.

I have no idea if some scales, or some particular kind of tempered tuning would be involved, but my takeaway from quickly going through those sources is that it’s just basically this: https://en.wikipedia.org/wiki/Scientific_pitch

I think a lot of people these days fascinated by the whole 432 Hz tuning thing (at least those who practise music more intensively and don’t necessarily buy into all the conspiracies and more esoteric meanings) I meet are also fascinated by alternative intonations / temperaments (other than 12-TET) in general. Not necessarily due to believing any folklore associated with the particular tuning, but just for the sake of experimentation and out of general interest.

I’m still not sure based on what I read, whether LaRouche suggested a particular scale or intonation to be used, other than the A = 432 tuning.

(For anyone reading my previous reply - I’ll correct it here, as I remembered it completely wrong from the top of my head: the 432 Hz was never a widely-used concert pitch, rather it was something suggested by Verdi and some number of others at various points in history, that never really caught on with orchestras - who were mostly tuning lower than the current concert pitch standard, but not to that particular pitch…)

I know some folks up here (rural NY) that were part of the Larouche movement. Sounded like they were quite involved from chatting with them, going to rallies across the US with the goal of antagonizing others into attacking them physically. Definitely verbalized preference for a432 tuning and very conservative views about music (European classical music is the “greatest music in human history”, Schiller Institute, etc ). Very conservative folks and I worry about the extent of that conservatism (anti-semitism, homophobia, transphobia, etc) with them, but I worry about that with many folks.

Wow that is something. I’ve heard seriously disturbing stories about larouchian attacks at party meetings and campuses from older leftists. Your suspicions about anti Semitism is wel founded, when his cadre grew larouche really started to lose it - I don’t know if it’s a proper mental break or just deep cynicism but he swung right (my person belief is that he realized that there was no money to leftist organizing and the solution was to lobby the growing conservative movement, amd as he pushed the grift the logic he was inventing to string along his followers and his founders became real to him and thus it became more and more extreme)

I don’t think I would fault you for intellectual curiosity about an obscure musical ideology. I do think having an awareness about the roots of such things is important, so we definitely agree.

I love Indian food and have some big personal reservations about what I understand about the caste system, for example. I play the banjo, which in this country would not exist without the slave trade and to a lesser extent minstrel shows. Problematic complexity abounds!

maybe this is old news, but 432 had non racist cult adherents too. I remembered Col. Bruce Hampton and the Aquarium Rescue unit got into it for awhile at the urging of Oteil Burbridge but had a hard time finding info about it. my brother wrote a piece about 432 so I asked him and he pointed me to this interview that mentions it.

JH: I really had a great time doing the whole thing. There was so much freedom in what we did…Jeff , do you remember Oteil on the 432 trip?

JH: Well here’s how it goes. 440 is the concert pitch to use. Anyway Oteil was reading some Egyptian mythological stuff and he came up with the fact that we should all tune to 432 since it is supposed to aggravate some kind of Chakras in your body. 440 supposedly aggravates the sexual elements in ones body while 432 rouses the mental power. So it is kind of funny, all of us playing to 432 and one night John Popper from Blues Traveller sat in with us and he was not aware of what we were doing. Man, he totally sounded out of tune at no fault of his own. Of all the guys that used to jam with us, only Derek Trucks really knew or figured out what we were doing, so he always played a step back . He just sounded great and he was just 14 years old at the time. One other time, Steve Morse was in Atlanta and he was going to play with ARU. Before we started I went and told him that the rest of the guys in my band were a little crazy. Steve was like ‘ What do you mean?’. It was difficult for me to explain to him, so I said well these guys all tune a half step. Steve was like ‘ ok I got it’. I was like no, they all tune it so that the strings all hang like rubber bands. It was hillarious .

I remember reading this about Oteil Burbridge in Bass Player magazine ages ago, probably where I first became aware of this idea. Certainly a much more pleasant source.

yes! bass player magazine was also where we got this info.

(I may have posted this before)
here’s all you need to know about A=432: https://www.kylegann.com/A432.html

Pretty snarky, but I agree with this take: 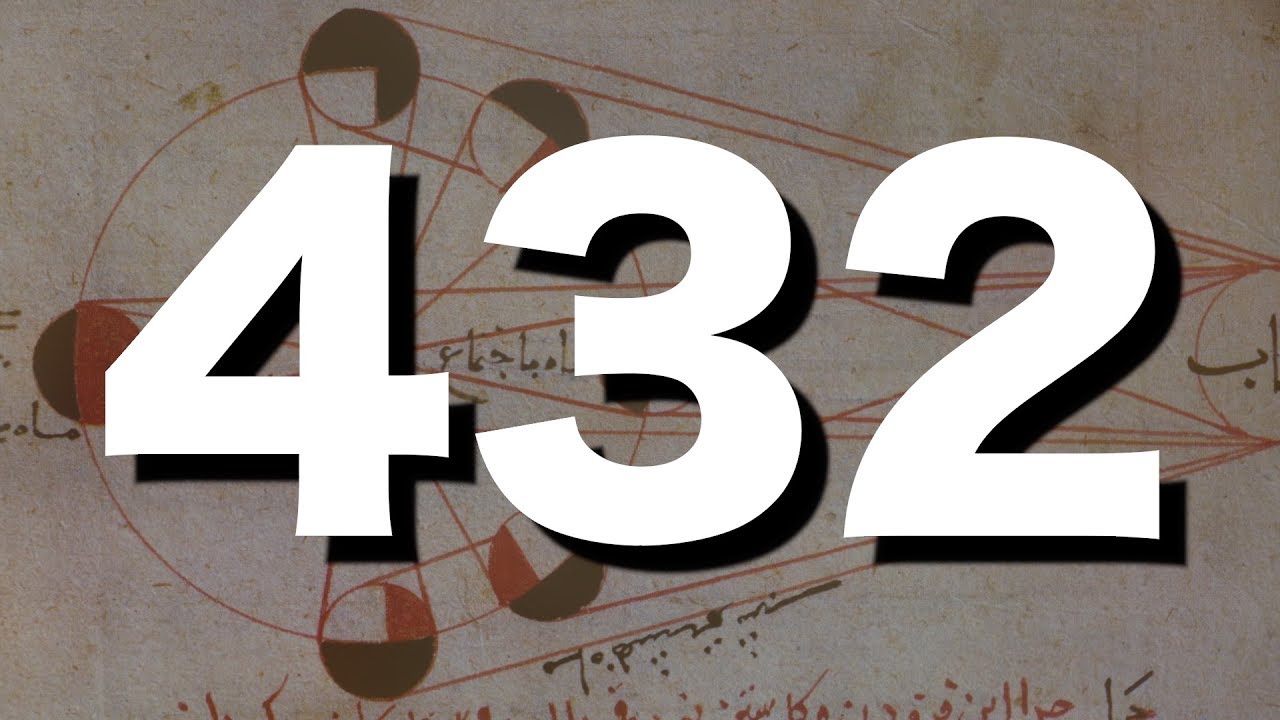