An experiment using SSF Quantum Rainbow as a unique source of sounds. Notes from 3 sisters, delay from g0. Sequenced by WW+TT. 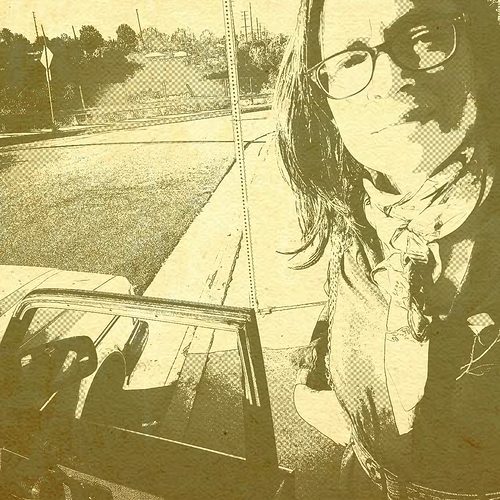 very raw, no post editing at all. playing samples in re:mix -> modular (MI Rings and Clouds) -> op-1 (for the spring reverb effect). i like the way how a drum samples sounds trough Rings

I did this as a joke in response to a conversation about conspiracy peddler Alex Jones. I’m normally a perfectionist and rarely release anything, but this was fun and took me about 15 minutes to make. At some point I will post my “serious” music.

I’m going full speed with my corny side-project about synths and waves and retro BS.

Currently doing a lot of exploration of this style in general. It’s very different than what I normally do (which is drone lol) but it’s a whole lot of fun. 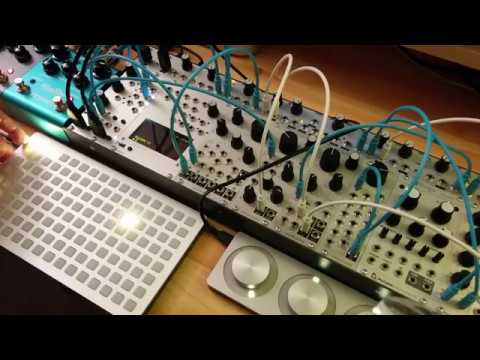 ansible is running cycles, which lets through waves of white noise generated by cold mac, from @glia’s CM patch suggestion. i switch between rhodes loops (and inner loops) on mlrv and triggering earthsea patterns recorded earlier. earthsea POS notes are sent to mangrove and 3sis, EDGE gate to envelopes from JF’s sustain/shape mode.

so many beautiful cascading melodies were made tonight. i am constantly surprised and thrilled by just how inspiring this setup is, now that my mini-composition system is complete. combining the modular with mlrv brought even more timbres into play. this was the first time i’d used the newest modules, and the first time putting this entire setup together. i’ll definitely revisit this workflow in future projects.

thank you so much for your kindness!

(i think the newsletter comes out quarterly?)

@tehn’s videos from awhile back pairing the modular with the daw set the high mark; tantalizing possibilities. the combination of these two elements took little awhile for me to setup, but immediately lent itself to gloriously colliding textures and breathless, suspended moments.

can you expand at all on how you got the two running smoothly together with switch? I’ve tried a few different monome applications and switching has been a pretty clunky, almost unusably so (especially in a performance setting).

i don’t know if the standalone module works differently than isms’ built-in switch. there can be some considerable lag when switching to software, as it depends on the app and host’s re-detection speed of the grid. mlrv 2.6.1’s serialosc interaction is particularly slow, and a little buggy. check out 1:04 in the above video.

it takes quite awhile for mlrv to pickup the grid, and then the right half is broken. its LEDs do not turn off after the play marker moves past them, and this continues until about 1:31. it’s fine switching back to earthsea, and then this time when i switch back to mlrv at 2:14, it’s really quick, just like switching to a module. it restores the right half of the grid, too; the whole thing operates mostly normally.

i really think it just depends on the app. i noticed in sessions leading up to this that there would often be dud LEDs left on when switching to mlrv that couldn’t be turned off, or mlrv would randomly turn on a few LEDs when starting up. also, if you look carefully at 2:25, mlrv has shifted everything left by one LED; hit button (6,5), and LED (5,5) started moving left. only switching to earthsea properly cleared and reset the grid, pulling up the correct LEDs on the left side.

workaround: avoid any timing-critical switches, which i didn’t need to worry about in this ambient collage.

Tried posting this the other day, and I don’t think it went through. Anyhow…multi-tracked this, using Max EDW and Polygome.

I pulled my EWI off the shelf, plugged into my 4ms DLD and played along with a patch I had been working on for a couple days. Result:

Did you see this? Pretty weird given you made that song and all haha https://www.residentadvisor.net/feed/97275

very kind; thank you! i’m a DAW child; still getting to grips with this heap of opinionated toys.

heres a new one