While working on my CV and stuff for an application I found an EP I recorded in 2018 which I totally forgot about. So I decided to release it. It’s kind of a weird mix of tracks but this is how I felt in this time…well…still feel from time to time 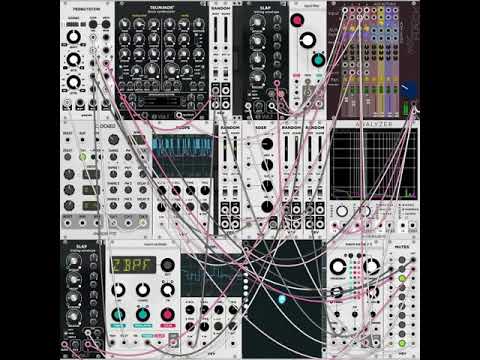 That’s great. I love these projects emphasizing what’s “lost” between formats. Thanks for sharing. 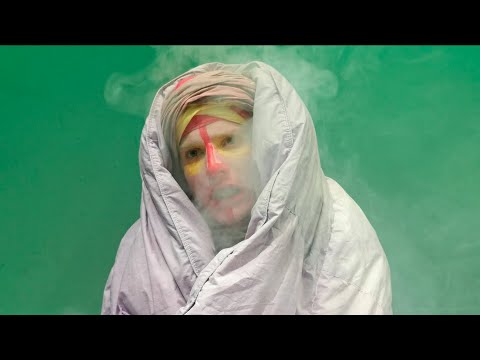 This is awesome! Could you talk a little bit more about the process? Cheat Codes live sampling?

Wait, what is that stuff being thawed out?

Could you talk a little bit more about the process?

Yes of course. This is a combination of live sampling and using the pads to trigger Just Friends and Novation Peak. I also did a mod to the script to output V/oct from Crow 1 to Mangrove. Slowly I’m moving from playing the Peak to playing the live samples of what has been played. These sounds then go through Morphagene for another layer of glitchy.
Thanks for listening. There will be a Youtube video up soon of the performance. At the moment it lives on Facebook. Link: https://fb.me/e/3euUw91Pl

Haven’t done these in a while, but starting back up with my ambient live stream series. The concept is easy: me sitting in my studio improvising ambient (sometimes more ambient, sometimes less ambient) music. I don’t really try to hard to keep it super ambient but just follow the sound as Todd Barton calls it.

Experimenting with adding some lights as well. Trying to fine tune a nice streaming setup. 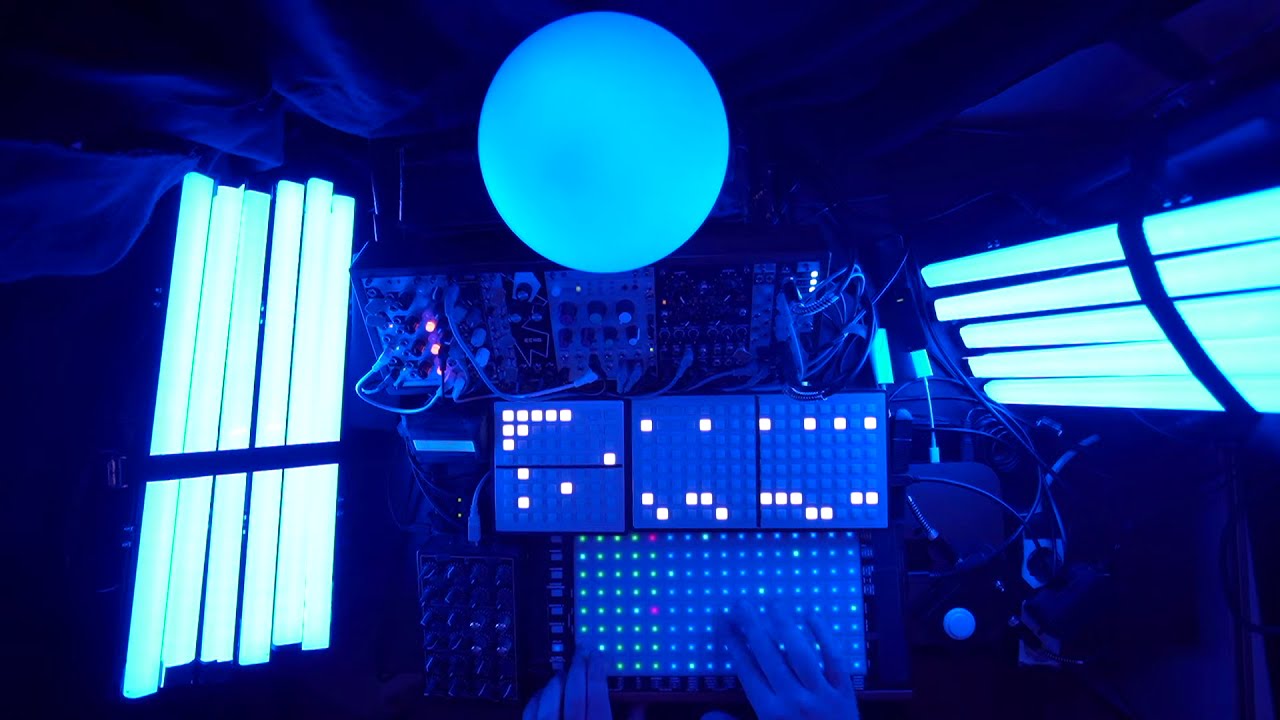 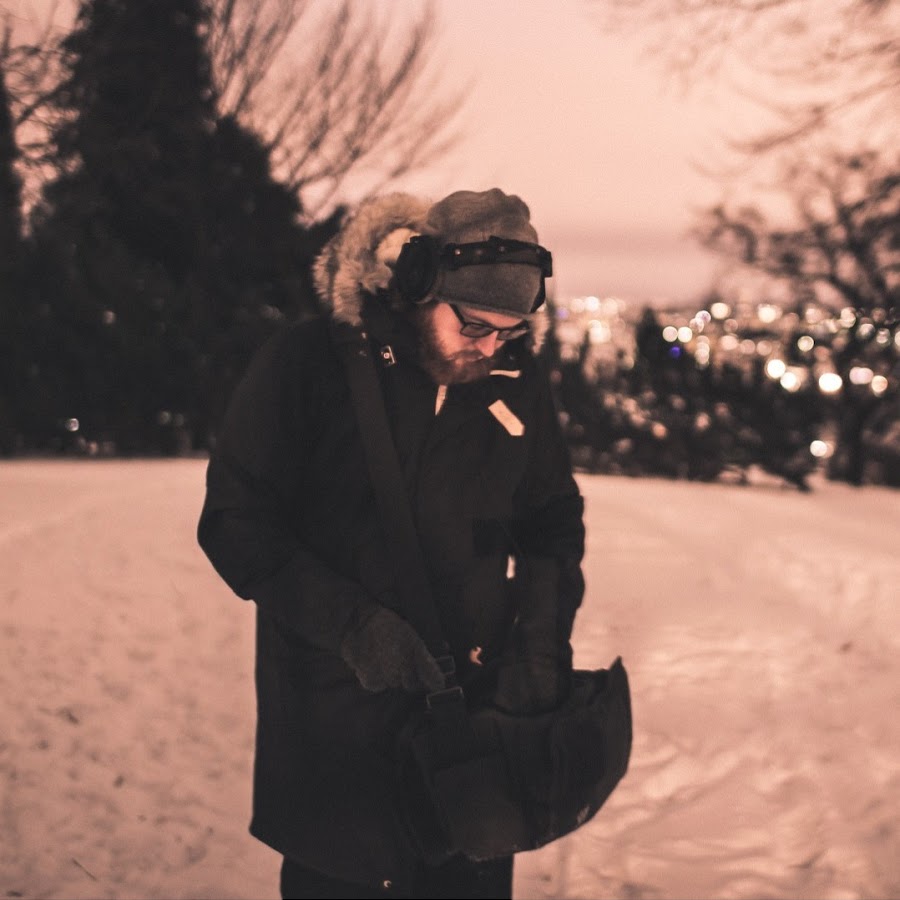 Kristoffer Lislegaard is a Norwegian artist working with sound and technology. Lislegaard makes highly evocative electronic music and his biggest passion is focused around pairing his sounds with different collaborators contributing towards a shared...

I recently picked up a Prophet 5 and it’s the first poly synth I’ve had since I started modular a few years back.

I’ve been pairing it with the Digitakt and playing Prophet parts in manually to the metronome and then using the Elektron sequencer to chop up/mangle em into ambient sound scapes. 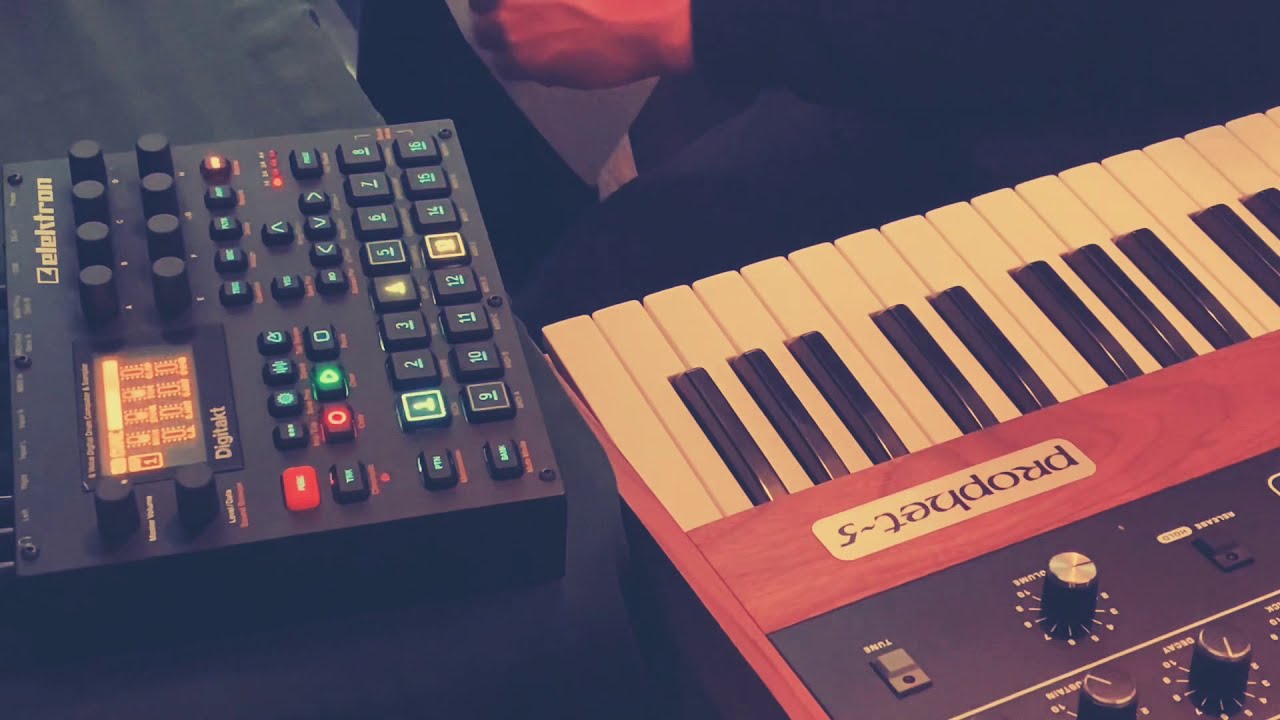 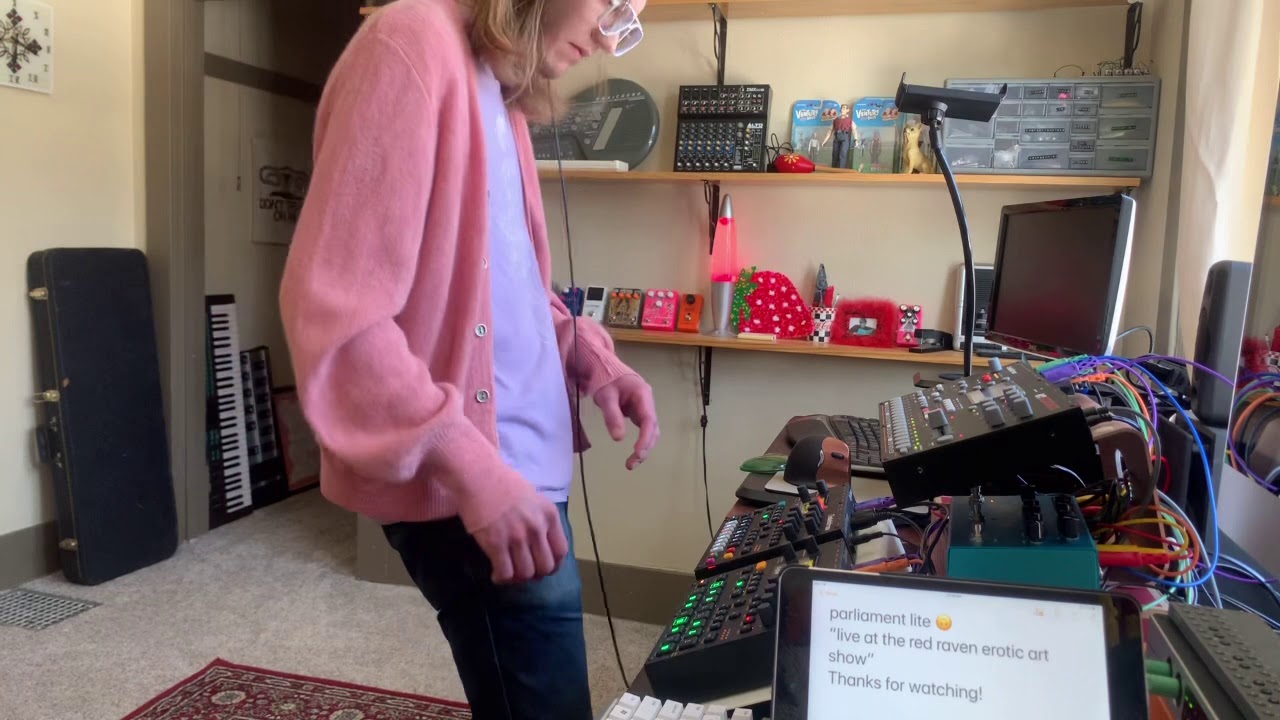 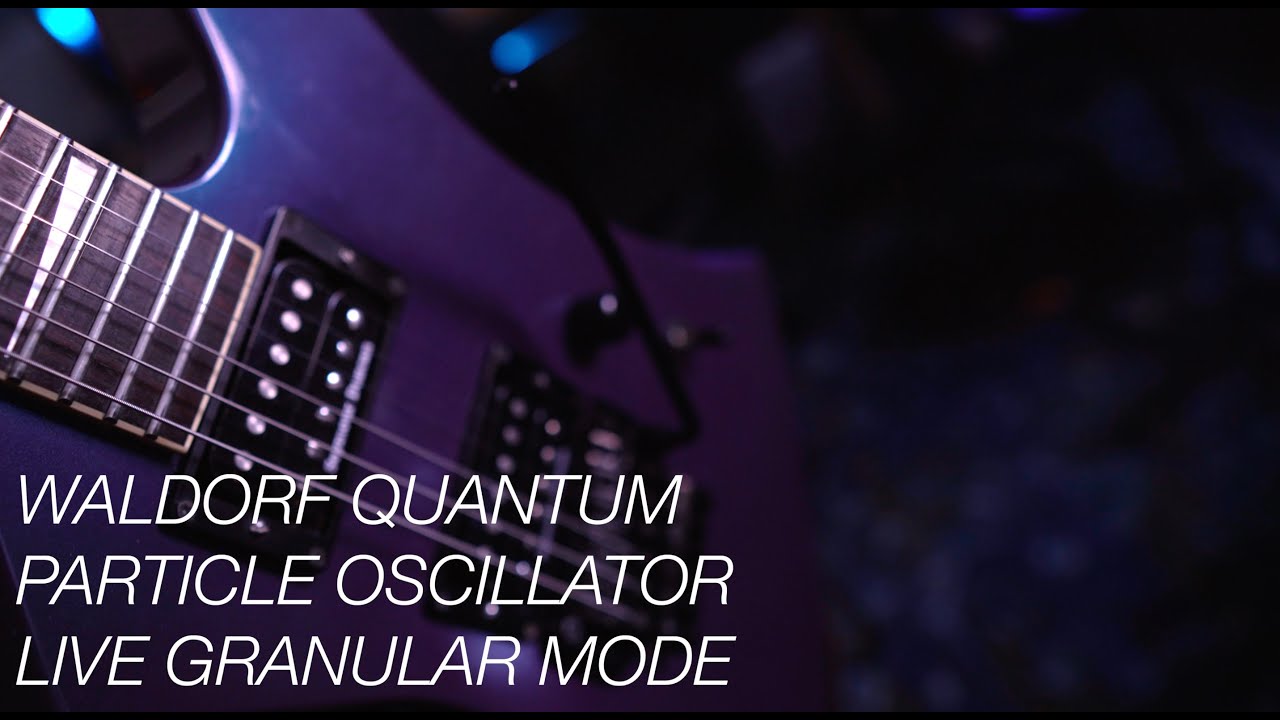 First shareable recording / video in a while!

I have been trying to incorporate percussion for the first time, and it’s introduced another learning curve of sorts. I just haven’t been super happy with much I’ve made, but that is part of the process, I think.

Anyway, Ornament 8 to the rescue, at least for this particular jam. I’ve also wanted to accomplish something like that “jazz drums” sound with sequencers, and this is the closest I’ve gotten. (I think the Ornament 8 has helped me to “just finish” something as well, since it’s still such a mystery to me, that once I stop it, I can never quite get back to the rhythm / “sequence” I was working with before.)

The only synth voice here is a Deckard’s Voice, sequenced by Pyramid. The loops are from the ER-301. I’m just starting to experiment with approaches of writing to & reading from the same buffer with different modules. In this example it’s pretty simple: one feedback looper is writing to a buffer being read by two Variable Speed Players. 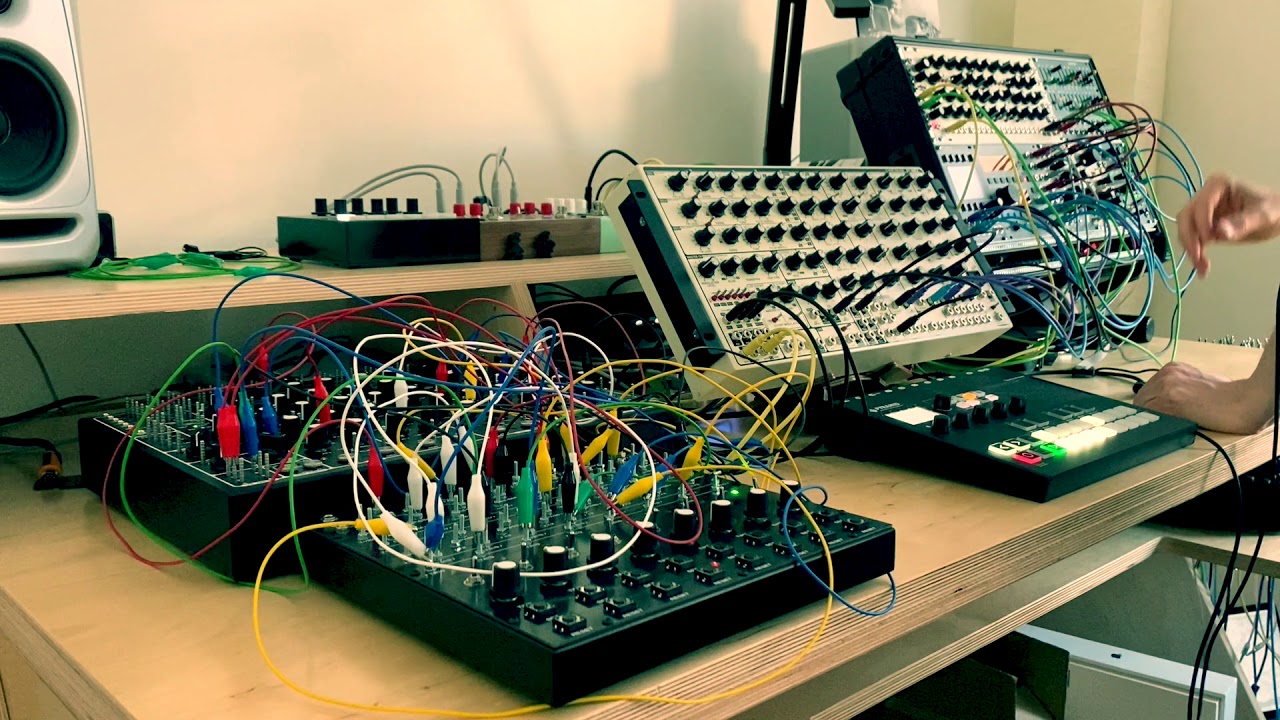 Latest track on the Blackbox only, a follow, or perhaps more a continuation, up to my last EP. It’s going somewhere, for sure -

Had a lovely sitdown this evening 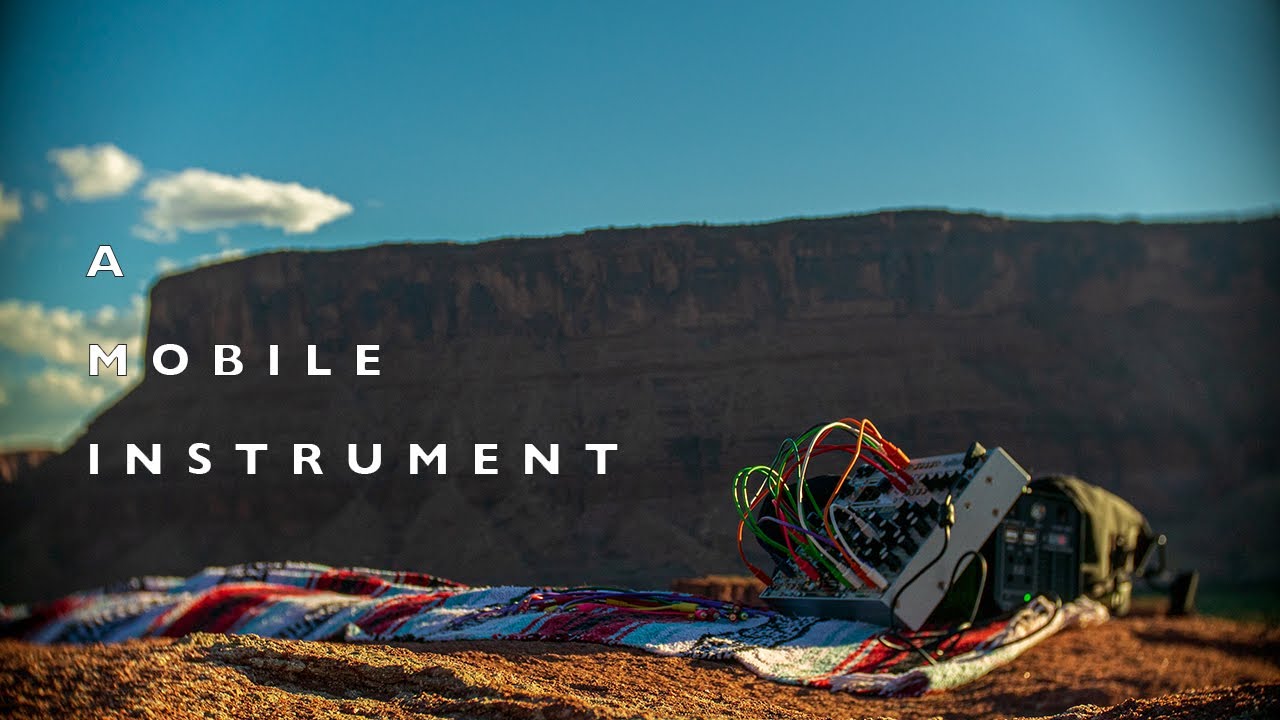 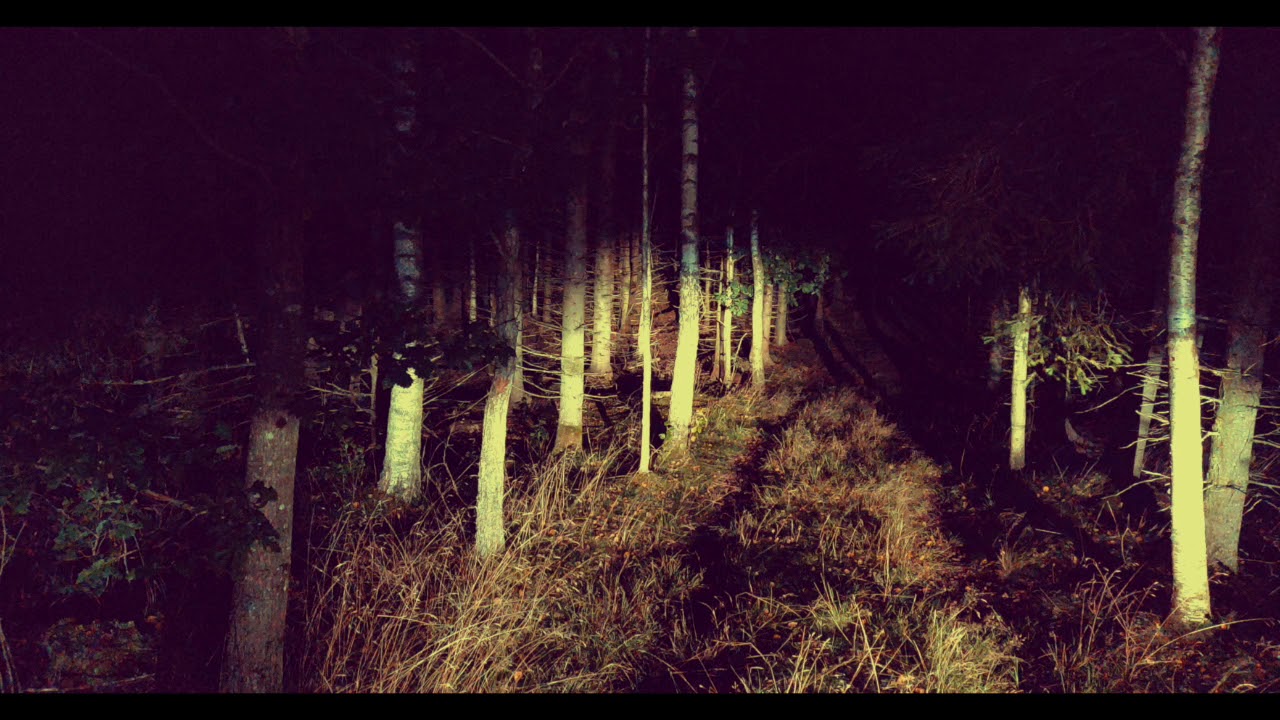 Bass heavy mix here, which I do like but I would love some feedback on how to get more clarity from this sort of performance.

It sounds great! May I ask you what’s going on here?