what an awesome compliment: i so love Lynch’s aesthetics and love me some Dan Deacon, too

Thanks so much! I truly appreciate that

After relistening to some recorded improvs, decided to add this one to an old compilation. It’s an electroacoustic piece on live processing through a piezo mic of a collaborator cellist using GRM tools and then audio mangling in Rodrigo Constanzo’s TPV. 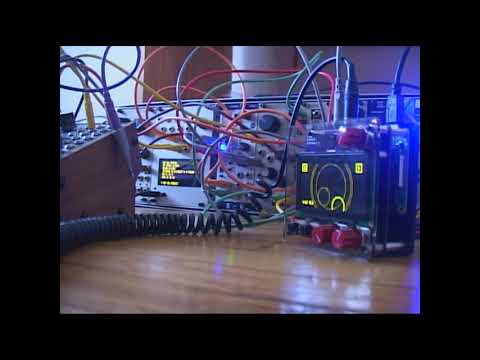 here’s a lil bleepbloopin i did this morning

@Helen great remix! I love the original and love how your version emphasizes the pulse of the music.

the rhythm syncopation is so groovy.

while I’m here, here’s a short latest track of my favorite thing to do with oooooo: take four chords and then sample without replacement one note from each chord and play it into loops (3 loops for 3-note chords). the pan/amp lfos will then modulate each chord so its ever changing. (last year I made an entire album using this method).

Thank you for the kind words!

I’m curious to know a little more about this:

“my favorite thing to do with oooooo: take four chords and then sample without replacement one note from each chord and play it into loops (3 loops for 3-note chords). the pan/amp lfos will then modulate each chord so its ever changing.”

I’m not sure what you mean by ‘sample without replacement one note from each chord’, and how you do that.

For example, let’s say I play a simple 4-note chord in A - A-C-E-A. Would I record that complete chord, all notes played simultaneously, then extract a single note from that chord to make a new sample? I’m not sure how to do that extraction and would be interested to know how you go about it - I really only have Audacity for audio editing and, although I have a reasonably ok ear, I’m not pitch-perfect by any stretch of the imagination!

Or do you mean, choose a single note from the chord - let’s say the C - and play/record just that note separately to make the sample I’d feed to oooooo? Then repeat the process for the other 3 chords?

yeah I can explain it better. In some form I think it is akin to voice leading. I think its easier to explain with an example - I’ll use the chords in that video above.

then I wrote than the notes for each chord in a separate column:

then I rearrange the notes of each chord in each column.

now I look at those notes, and consider each row as its own melody. each little melody is four notes and if each of the three melodies are played simultaneously they will simply form the chords.

after the last loop you will have a chord, but the memory of listening to the first and second loop will sorta imprint a melody based on how you’ve rearranged the columns.

every song on “at the place” (except the first) is an example of this practice. for instance, this track has the chords Em C G D. after re-arranging the chords like above I ended up with this table of chords and notes:

each column is each chord, and I consider each row as a “meldoy”. so the first row of notes are “B, G, B, A” which sorta permeates as the main melody. the row of notes “E, C, G, F#” sorta are a counter melody. and the third row of notes “G, E, D, A” fills out the chord. in that song I add another few layers of notes too but its the same principle.

hopefully that is a better explanation! I’m sure there is a more technical theoretical explanation but for me this approach is more of a fun exercise with looping than anything else.

Thank you for the clarification - That makes much more sense than the explanation I was thinking of - Will give it a try and see what happens!

Farewell to the 2012 Macbook. Now begins the era of the Thinkpad.

First time using the ES-9 with VCV Rack. I feel I am cheating. Bits to volts, volts to bits 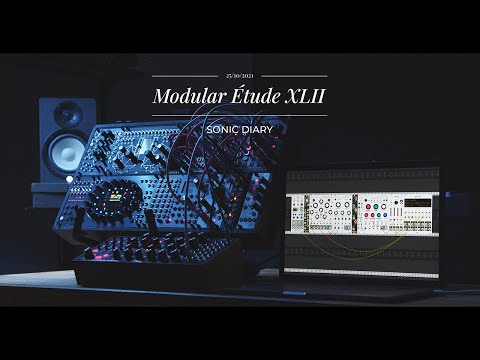 Released this a while ago now but never really told anyone… I always had lofty notions of keeping my vaporwave sideproject totally anonymous but of course that makes it hard to promote without creating sockpuppet accounts on every platform which I couldn’t be bothered to do.

anyway this one is somewhat seasonally spoopy so here you go

@infinitedigits Love the minimal setup and it sounds great—thanks for the chord breakdown! Such a good album description too: “i use the cheapest synthesizer (korg monotron delay) with one of the cheapest drum machines (te po-32) to make the most epic music i’ve ever made.”

@SMesquida Beautiful! Listening to this in the early morning…and excited to see where you go with VCV!

Here are some snippets from my final day of playing live in the desert earlier this month. Using Disastrous Peace to differentiate from the previous day and trying to get a good series of variations out of one core patch. An owl joins me for track 2! 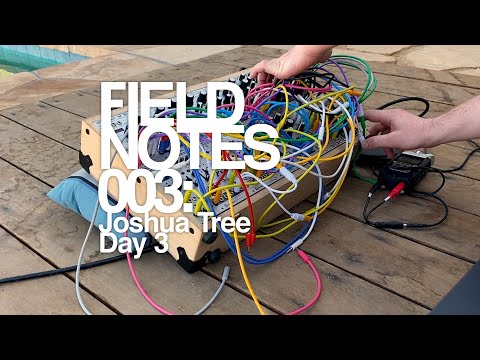 I’ve been putting patch/performance notes in the video descriptions but realized I could use the [details] tag to post them here without taking up too much space. Thanks for listening! 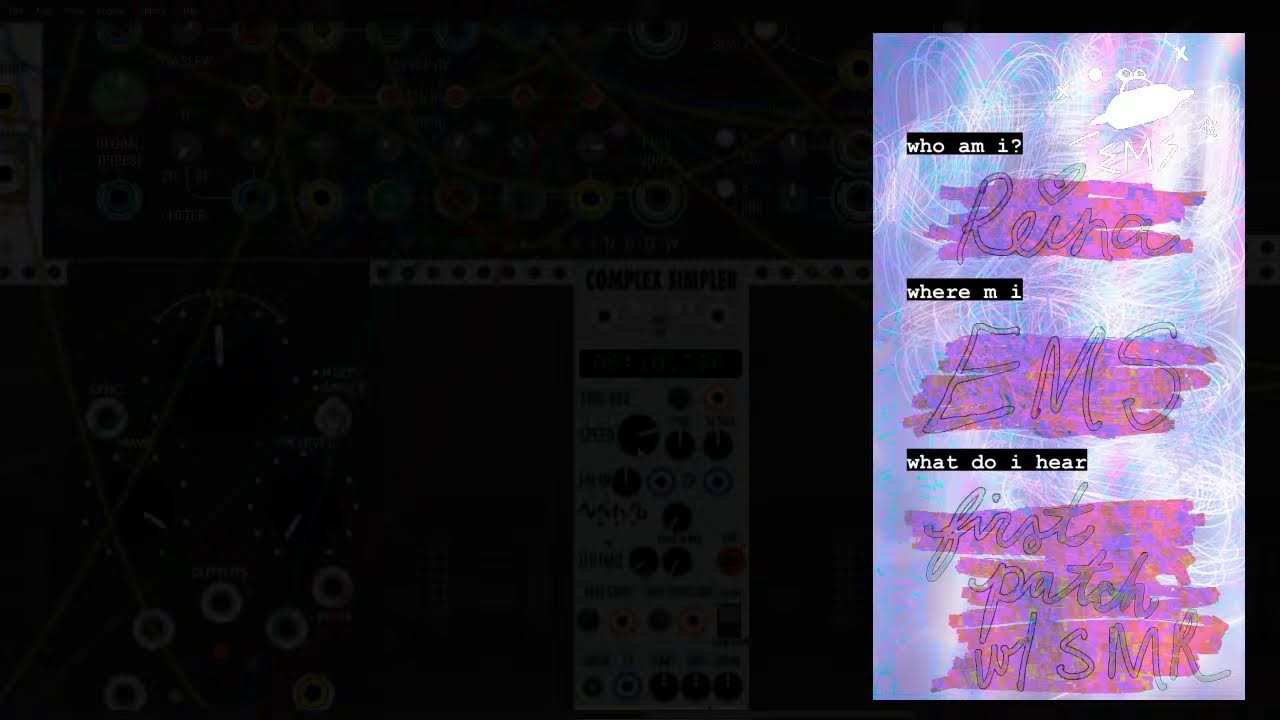 i wanted to share this patch thats been incredible healing for me this week. my first exploration with the spectral multiband resonator… something really nice for a meditation or sleep or sunrises w some tea

unfortunately ive been out of work which has led me to explore vcv more since ive had to sell much of my physical system… im actually really enjoying using it! i especially am finding “generative” patching to be a much better experience inside of vcv since im not limited by modules/space. still miss the tactility of physical patching but what r u gonna do

First time using the ES-9 with VCV Rack. I feel I am cheating. Bits to volts, volts to bits

first off, absolutely lovely!!! thnk u sm for sharing (:
how did u find the experience setting up & using the es-9?? ive been strongly considering one myself to incorporate more “analogue” style chaos (triple sloth & shift registers & similar) into vcv patches. did it add much to the cpu load when using the es-9 w vcv?? were u running voltages in or out of it (or both directions)??

also just want to take a moment to say a HUGE thnks to @Dewb for the monome library for vcv!! meadowphysics is being used v simply here, but being able to use the grid at all makes using vcv feel much more satisfying. also being able to learn teletype in an environment where i can constantly change modules has really helped me w that learning process.

first off, absolutely lovely!!! thnk u sm for sharing (:
how did u find the experience setting up & using the es-9?? ive been strongly considering one myself to incorporate more “analogue” style chaos (triple sloth & shift registers & similar) into vcv patches. did it add much to the cpu load when using the es-9 w vcv?? were u running voltages in or out of it (or both directions)??

Hey, thanks! I barely know what I’m doing

So I would say that setting up and using the ES-9 is easy because I could!

And yes, I used communication (audio and clocks) in both directions.

I tainted another fine recording. 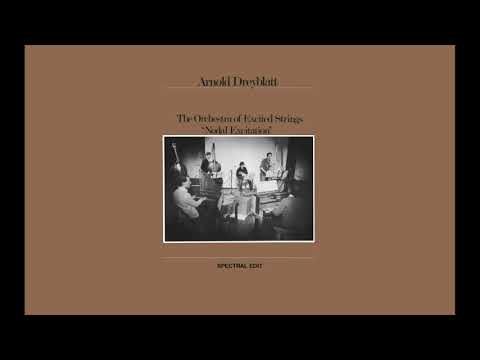 some uneasy listening? Downloads are enabled for sampling or reworks

before listening to any

THe best way to make any genre of music

A short release based on exploring a feedback loops on the Wing Pinger. I did share the tracks on on the WP thread through soundcloud a while back but found myself quite proud of it, gave it a tidy up and decided to make it my first “release”. Hope you enjoy!