nik and i got some drum and feedback tunes to share

Shrill microdrones out on Co-Dependent.

My rework track for Jaipongan music of West Java :

“… ratchets up the material with a Autechre breakdown of rewiring, buzz saw beats, dropped metallic ball bearings and zapped bass. For the most part these reworks wander in a serialism and ambient fashion of transcendence; the use of Hadidjah’s startling vocals especially lends itself well to these float-y deconstructions: It’s Jaipongan, but not as we know it.”

I’ve made a video for a track of mine.
Really enjoyed the process of making it.
Track is made out of couple squeaky door granulized recordings.
Visuals are made out of few 35mm film photos taken with a four-lens camera.
Curious what y’all think about it.

Hi there! It’s been a while. Sometimes you fall into a muddy self-disabling rut which takes a while to get out of…

Anyhow, needed to freshen up the approach so started messing around with guitar again and exploring some open tunings. It’s an interesting way of reshuffling the cards a bit creatively on a familliar playing field. Started messing around with an old HP oscillator (it sings beautifully, got it from an older german gentleman who used it for hobby electronics), and improvising within my current live setup (layering it on the octatrack, 16n faderbank doing a great job of keeping the levels handy).

This is one of the more fruitful sessions that aligns quite well with an already existing concept mood-wise, so I’ve decided to put this one up as a release in that series. Hope you’ll enjoy it! 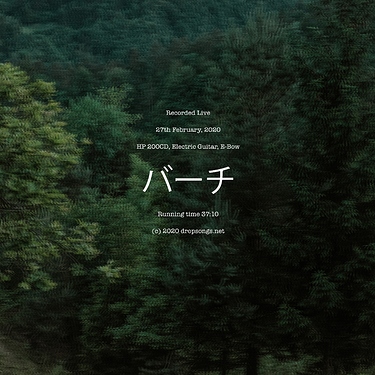 Put together a first “album-shaped” thing. Still very much learning my instruments (which is also everybody forever, I guess), so it’s an interesting feeling of releasing something while recognizing all the things to keep working on.

Also considering a super-small cassette run and, unsurprisingly, the relevant thread on here has been very helpful.

This is really cool!

74.6 BPM
Made with Elektron Digitakt
Record on Zoom H6

Some Noise I made … 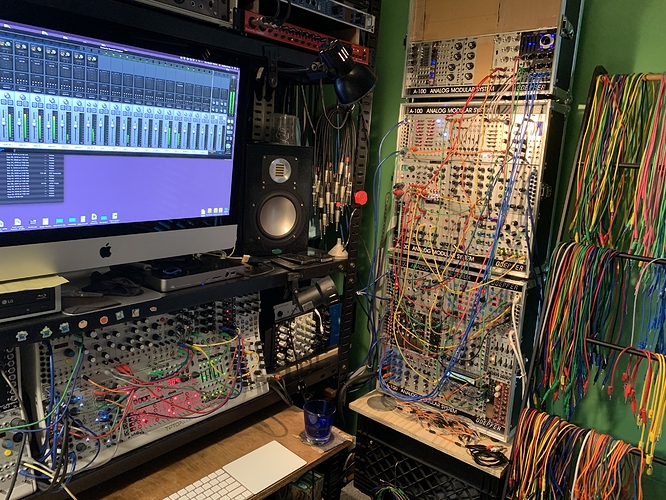 Wherein I parse various assumptions about modern (i.e., not ‘pop’,) music, with, quite naturally, the most modern of instruments…a modular synthesizer of my own concoction. 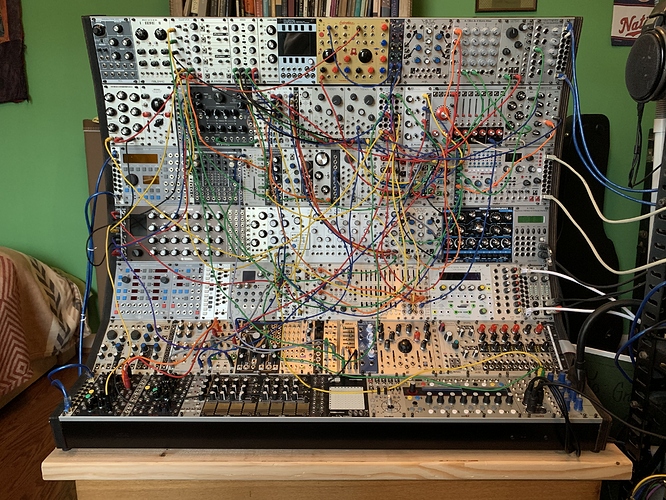 Thank you for listening and reaching out!

Here is somthing i recorded earlier today, a segment from a longer recording made using a toy accordion, dry cow parsley stems and a bongo, manipulated and composed alongside field recordings collected over the past year from various locations across the UK.

Heres an image of the setup: 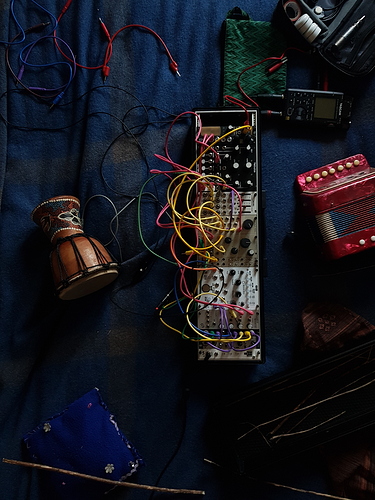 This is another meditation on togetherness and thought of somewhat like how a guitar works having strings that are all in a separate space but work together polyphonically and when in sync the strings vibrate and become almost intoned together while still keeping there own frequency.


Having fun with a big patch of audio video intertwines and the arbhar coming out as a sort of new age ie realtime computer graphics vibe.
4 Likes
motoko March 28, 2020, 3:54am #640

I upload the first video.

And the second video.

Cengiz Arslanpay. 398 likes · 1 talking about this. Electro-acoustic music created with all kinds of wind instruments and modular synthesizers or algorithmic codes.

Anyone else finding the current global situation is directly feeding into the music they make? I started with something peaceful and ambient here, self-soothing, and you can basically feel my anxiety creep in.