Feel like I’ve been waiting years for this! Used to play with the original version a lot back in the day, excited to have a proper go with this new version soon now I have a better use case for it in my Noise 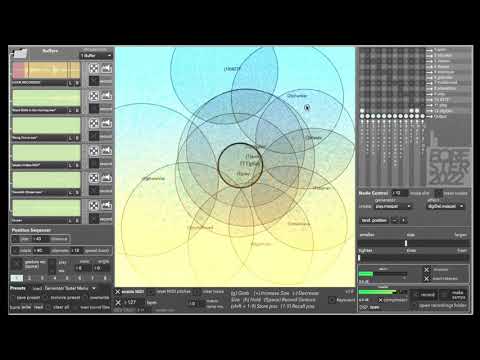 wowww did not expect this, so excited!!

This is amazing and really fun. Thank you for posting!

I downloaded this yesterday & got a chance to stealth play it for a half an hour during class today (I’m the teacher which makes this worse I guess) & for me it’s both really intuitive & inspiring. I’m going to have a lot of fun with this.

Looks like the two are night and day from each other!

i love this. thanks for sharing!

what a brilliant device, I’m having so much fun with it. it was worth every dollar of donation.

I love this thing. I could play with this for days on end. What a bargain.

I finally picked it up the other day, and so far it’s pretty great! I love that he’s put an audio mixer on it. Now to figure out how to map 16 n to the faders…

Reminds me of the Metasurface in Audiomulch. 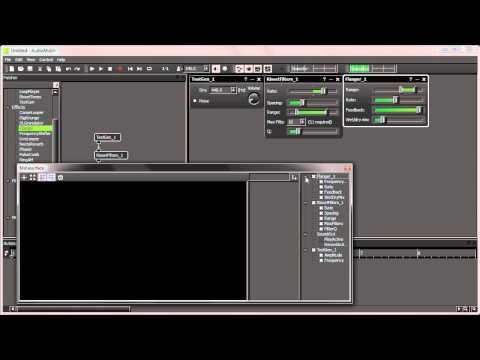 Version v1.02 is out, with a bunch of updates. I especially like the random forest generator, very inspiring and meditative

This instrument is so much fun and it sounds great!

wow, audiomulch. used it a lot on my 00`years music pc. what happened to it?

Audiomulch is still going. (Edit: I should have written still available, but seemingly abandoned)

These forests are fun. Just made my donation and beginning to explore. 16n to the mixer sounds like a good idea.

Waiting eagerly for a 64bits version !

I was still using Audiomulch for all my mastering up until a couple of months ago, everything I have ever mastered in the last 13 years has been through it.

It’s not really still going, it hasn’t been updated since 2013. It has no ability to work with 64 bit plugins, or multiple CPU processors/cores, or VST3 plugins etc. It’s been left to die, basically. Seems like Ross who developed it was happy with the state it reached, and no longer wanted to develop it as a commercial product. It’s pretty sad. One of the members here knows Ross I think, we had a chat about Mulch before. I finally switched to REAPER as more and more plugins I wanted to use became 64 bit only. I’d been waiting for 64 bit since 2013, enough was enough, I finally gave up. Nine years without an update is pretty telling…

I love Mulch though, my fave piece of audio software ever. I hooked up my XBox Wireless Controller to it the other day and was wandering around the MetaSurface from my couch, in the sweet spot, on a 4k screen, due to this thread.

I feel like a dunce asking this, but is there a way to get tempo clock from Ableton in to Forester? For whatever reason I cannot get it to sync.

Really trying to get Norns to use Ableton Link and then sync audio with Forester.

have you tried posting to the dischord group? John seems to be there pretty often.

Did not know one existed. Thanks for the tip!