Finally made the switch to linux as my main audio design environment. It took a while and instead of dropping 2800-4000$ on a new mac i decided to just keep a silver tower running ableton 10 with ES40/Esx8gt/Eex8CV/ES7 setup with Reaktor/NumerologyPro4/Overbridge for my 12U

i have always wanted to switch over to linux as my main Design system in grad school i used Pro-tools and HAD to use it for surround sound with a little bit of Audition when the Surround Plugins became cost prohibitive, But with recent developments with BitWig and now talk of SC and Lua for Norns i took the leap and i’d like to share a little about the software and setup

I always maintain Pure Data Vanilla with basically all the extended libs + a huge set of historic and experimental code i am maintaining and developing.

And of course recently VCV-rack for pseudo Modular insanity sauce.

can anyone think of anything that i might add or be missing Software wise?

For hardware i have a Presonus soundcard with stereo in out running through jack and a 16 channel mixer, a Moog Sub37 + a Minotaur
A Korg NanoControl and a 6U with an Audio Damage ODIO that gives me 2in/2out and it talks directly to Pd for CV, gates etc.
I am Using Strymon Mobius, Big Sky + Timeline for Outboards.

And ALL my Computers get Scott Draves’ electricsheep for a screensaver. Scott Draves and Ryan Giess have always been mentors of visuals going back to the os9 days of Bomb with Scott.

I would be very interested if folks in Lines territory coudl suggest something i might have overlooked.

Congratulations on making the switch!

Congratulations. I’ve been in a similar spot of always wanting to switch but being bound by using so much software that doesn’t like linux. Recently, I’m getting closer and closer to also being able to make the switch from a dual-boot system to nothing but linux and I’m very excited about the prospect.

Oh and recently i just built and installed Ceres a graphic spectral editor that even exports an Ake Pamerud Csound score file.
I used to run it 18 years ago on SGI! How about that.
Full Functional on Linux still
http://sites.music.columbia.edu/stanko/About_Ceres3.html

Welcome onboard! Seems like you’ve already got a decent stack, as long as you’re able to do what you want you should be fine

Getting the ODIO AD09 to work with Pd was gravy. i may pop lmms and rosegarden in there come to think of it

Disclaimer: I’ve not experimented with this myself yet much, and not at all on linux (although I know it works) how about trying out Ofelia for visuals in Pd? It’s a set of Openframeworks bindings, which seem to already be much better documented than GEM ever was. I’m pretty excited about it but didn’t get the chance to play around with much except for the most basic “hello world, here’s a spinning cube” examples. 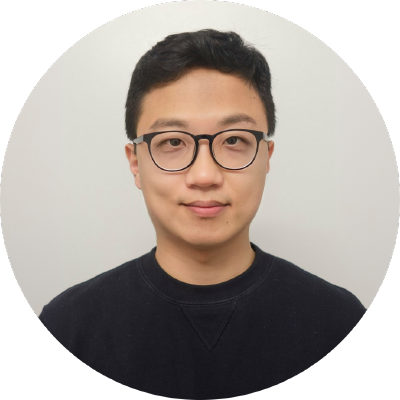 i didn’t know Ceres, i have to try it now that i am diving into Csound.
I love that you ask for eventually useful software you wouldn’t know and actually share obscure software

I have one in exchange: for livecoding 3D in a Scheme dialect, there is fluxus. (i had forgotten about it and should dedicate some time to exploring it this summer).

isn’t that Dave Griffith’s program? I need to check that

¿what are the prospects/issues/impossibilities
of running linux
on an ipad
(pd,supercollider,tidal cycles with a bluetooth keyboard, would work well as such a portable system)

Apple will ensure you cannot do this. IIRC iPad and other apple touchscreen devices run on proprietary chips.

There are a number of low cost 7" tablets that run Android, though the audio subsystem is high latency on most devices I have used.

Welcome to the dark side! What distro/DE are you running? Are you using a RT kernel?

As for JACK, I second Catia. Super intuitive.

The recent native release of Reaper has been a huge improvement in my Linux recording setup. I never really got into using Reaper via Wine, even though it worked OK.

Audacity was fine, but having a full DAW that works is great. I did try Arour, but it always provokes excessive amounts of xruns with Jack, something that Cadence and Reaper doesn’t suffer from to nearly the same extent. That and Carla hosting Windows VSTs via Wine in Reaper and I’m sorted.

I run stock Raspbian on my RaspberryPi + PiSound. (Raspbian is essentially Debian Stretch.)

I do only two things to make this performant for real-time audio:

If your Linux system has SuperCollider and JACK installed, I wrote a small automated benchmark test that can be used to determine if various system tweaks have any effect: crunch-pisound/bench

For example, I was able to determine that the governor tweak above has a big effect, but leaving X and VNC deamons running (though not connected to them) had only a tiny effect, and weren’t worth disabling.

Welcome to the dark side.

Several things that I rely on heavily (though you may not find any use for, depending on your process):

ZynAddSubFX is a strange but pretty powerful software synth. I’m currently using the Yoshimi fork of the project, though the main project was just revived and given a new UI called Zyn-Fusion that looks pretty appealing.

Sooperlooper is great for live looping, though if you’re already doing Pd and SuperCollider, I assume you may have rolled your own solution for that.

The Calf Studio suite of plugins are great, I use them particularly for EQ, compression, and other mastering-related stuff.

Helm is a synth that’s pretty new to me – somewhat traditional subtractive-ish, with some extra bells and whistles and interesting modulation options, and the UI is nice.

Helm is a synth that’s pretty new to me – somewhat traditional subtractive-ish, with some extra bells and whistles and interesting modulation options, and the UI is nice.

Thanks for the tip. Helm seems quite handy, especially with a plugin version as well. Time for more investigations.

Also make sure to check Surge (which is now open source): https://surge-synthesizer.github.io/

Also make sure to check Surge (which is now open source)

I have had Surge for a while, though it never seemed to gel with me; perhaps I should have another look (as with most things).

Edit: Downloaded the latest version, and it’s the GUI I don’t like.