My first new release of 2020 is a side-step from my Buchla-focused works of the preceding three years. Contrary to what the album title MEANDER might imply, the process was a very focused one: having a cleared table with only a norns, a Digitakt, and a contact microphone - and to create a series of compositional ‘retreats’, as the failings/flailings of the world at large were weighing too much on me this past two years. Not only was this a break in instrumentation, it was also the first project in quite some time where there was not a clearly preconceived structure to each composition (meaning found itself, at it’s own pace…so to speak). I have the inventiveness of people like @carltesta (for sway), @Justmat (for bounds), and @tehn (for awake) to thank for the ever-compelling avenues opened up to me in these pieces.

MEANDER is assigned to my pseudonym Liquid Transmitter - a name that I have used over the years for work that unabashedly reveals my love of early styles of ambient electronic music.

A new release under my Liquid Transmitter alias:

As others have mentioned in various threads, the influence of the pandemic has generated changes in artistic approach and frequency. I don’t find myself in a mode of searching for new kinds of sounds, as much as honing a small, concise palette, like presenting reoccurring characters on the same stage. A word changed here or there, significantly altering the tone of the conversation.

As with MEANDER from earlier this year, ARBOREAL was created using a norns + Digitone, in addition to my beloved Analog Keys.

ARBOREAL is now available from Infrequency Editions, featuring yet another beautiful painting by my dear friend Lance Austin Olsen. Enjoy: 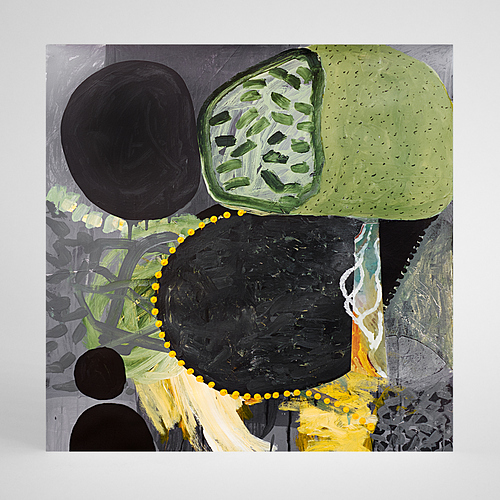 I loved Meander! (Planned on getting it this coming bc’s fee-waiving on the 3rd

). I find it amazing how streamlined the gear selection you used seems in contrast to the music, love the sounds. I definetely would love to hear your Buchla-focused works too, btw.

Will surely give this one a listen. Oh, and I really love the artwork for both records too!

@nonwaved very nice of you to say! My most recent Buchla-based album was Fusiform on Infrequency Editions, released under my real name: Jamie Drouin.

Yes, I do my very best to keep my studio as focused and uncluttered as possible. It assists me in maintaining a clear mind, and also encourages me to make new discoveries from the same small group of instruments. Not to say that I’m resistant to g.a.s…that’s a daily struggle, but minimalist sensibility mostly wins out…mostly