Hi Folks
been experimenting with an old LIVID block that is basically an 8X8–monome with midi control and updated a version of AXIOME by Gwen coffey. i am wondering if anyone has any tips for updating monome 64 to work with monome 128? Is there a clear way to adapt patches that mght have been written for one [64] to the 128?

Also i just received my Sensel Morph and i am thinking it might be my way to get velocity/MPE into my live setup.
So far it works well with Max & Ableton but that is not a big surprise. I am hoping to get an external for Pure Data sorted this summer.
Anyone else working with one yet?

One sensor, infinite possibility. Incredibly sensitive, the Morph can translate the lightest touch or a heavy strike into creative control. Swappable silicone rubber overlays give you a piano, MPC, drums, typing, video editing, DIY, and more....

I just ordered a used Sensel Morph on eBay. I plan on using it with SuperCollider and monome norns. I’ve been using the MultiTouchPad quark from Earslap for a long time and I hope that the Sensel Morph will provide even better functionality with the added pressure control but be as responsive as the trackpads on MacBooks.

Wild, I just ordered one too. Plan to use with my eurorack and maybe norns. Looks like we’re in this together. Mine is supposed to arrive today.

The Sensel Morph was the first thing that I ordered after getting back from NAMM this year. It’s become my only travel controller. It was already great when I received it in February, but they’ve added a lot of firmware updates including a much-improved MPE mode.

I ended up inadvertently repping them at MixCon this year. I gave a presentation on our upcoming plugin, and a number of people came up afterwards to ask about the controller that I was using >_<

Have you used the Sensel Morph with norns much? Do you use it in MIDI mode or HID mode more?

Have you used the Sensel Morph with norns much? Do you use it in MIDI mode or HID mode more?

I actually have not used any MIDI with the Norns yet. There’s a big MIDI update coming soon (along with a study), so I’m waiting for that before I dive deeper with external connections.

Got it going with the shuttle control

I have been communicating with Roald Baudoux who authored the rb.sensel patches that work with max and break out a variety of data streams for the device. I am hoping someone who is more adept at compiling externals for Pure Data might read this. Roald shared his sources with me – he has NOT placed them on github yet and we would like to develop a few nice performance patches for Max & Pure Data for the Sensel. I really like the expressivness of the velocity coming form the device [at least in max so far]

Anyone in llines country compiled externals for Pd? We could pay you for your efforts if need be.

Anyone have a Livid Instruments block?
I have a working version of Axiome [originally by Gwen Coffey], brought to version 2 by a finnish dev and vesrion 3 deluxe by myself [full midi and monome implementation + support for the XPC 4k4F midi breakout [gives reverb & EQ on the Master tracks]]

I have Block (and other Livids).

Do you need some testing? Would this work on RasPi?

I have been communicating with Roald Baudoux who authored the rb.sensel patches that work with max and break out a variety of data streams for the device.

I’ll have to seek that out. I’m rather dissatisfied with the official [sensel] object in the package manager, because it doesn’t send “touch released” messages. (read: “note off”)

(I did make a working fix for that, though, if anyone wants it)

Cleaned up an example for you. Hopefully isn’t too crazy.

Got the Sensel morph today and just played it with the SenselApp visualizer for a few minutes and whoa! This thing is super responsive and the dynamic range is huge! Can’t wait to get this running with some of my patches.

i am hoping i can convince someone to make a pd object
i can code pd and make almost anything but compiling externals is still beyond me
Any Pd folks on here with one?
I know shot in the dark but…

thank you!! so much i will check it tonight

So I just got a Sensel Morph for a non-music project (one hand chording keyboard) and I’m amazed by the multi touch and sensitivity. Kind of got me thinking on how to use for expressive music gestures without using the standard piano or music production overlay. How are you all using it?

I keep getting sidetracked, but the plan was always to rebuild this, with support for one handed ensembles (plus the obvious pressure sensitivity):

(the pastebin link above was made specifically for that)

I am hoping i can convince someone to make a pd object
i can code pd and make almost anything but compiling externals is still beyond me
Any Pd folks on here with one?
I know shot in the dark but…

Not for pd specifically, but close enough: 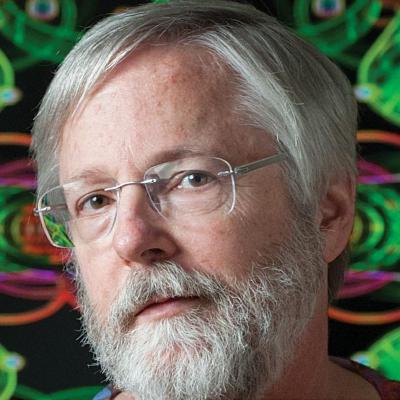 Use the Sensel Morph to interact with OSC-capable software like Resolume and Plogue Bidule. - nosuchtim/MorphOsc

(worth calling out specifically, this supports multiple units, as seen in Tim’s on “Space Palette Pro”)