Hope you can make it! 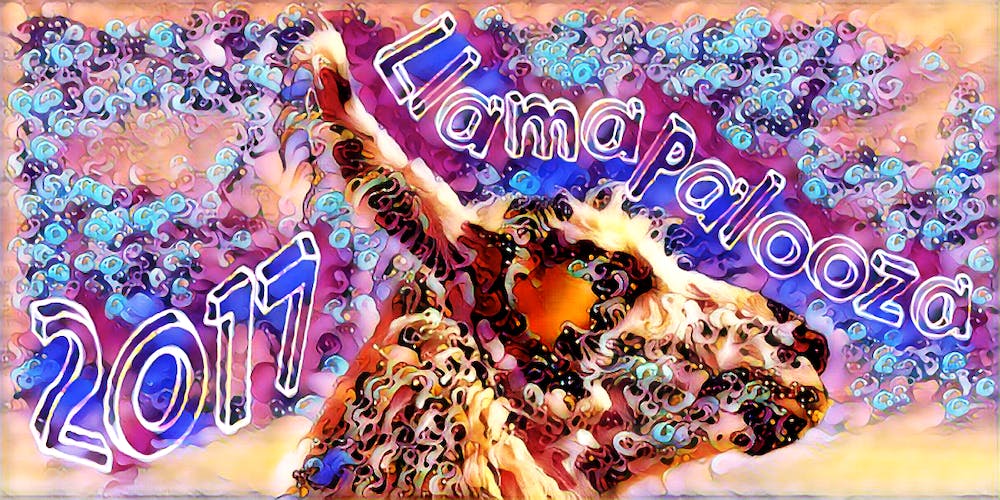 Llamapalooza 2017 is the 1st annual gathering of electronic and acoustic musicians at Birdsong Orchards.  Organic food will be provided (vegetarians and omnivores are equally welcome).  We'll start around noon on the 24th, and finish up sometime the...

what an awesome idea for an event!

It was hatched in the Disquiet Slack chat. Pretty excited about it!

This sounds amazing. If only I had cash for flights.

thanks @jasonw22
me, laura and aristotle
look forward to seeing you there

so, ysidro says he can come through too
https://ysidrohartzell.wordpress.com/fine-art/book/
we’re looking forward to it
thank you @jasonw22

Wee! Glad you all can make it!

Awesome. I doubt I’ll be in a position to drive down, but I expect lots of media

if possible, a live feed would be wonderful!

I think that can be arranged!

I think I rsvp’d, confirm?

It’ll be rockin’ to see you all!

I’ll be there, and looking forward to meeting friends from here in person.

This sounds amazing. Probably won’t make it from Berlin, but just looking at the map makes me a bit nostalgic for all the times I drove over Hecker Pass to get from the 5 to Santa Cruz…

Hmm, just saw this, and has me considering rescheduling. Anybody have any opinions about dates?

just announced the two-day event we have been organizing in celebration of don buchla’s upcoming 80th birthday (don was my dad.) this will happen april 22-23 at gray area arts space in san francisco, and will include performances and other work by a remarkable collection of artists who don admired and worked with, including among many others: mort subotnick, david rosenboom, ami radunskaya, george lewis, suzanne ciani, joel davel, alessandro cortini, bob ostertag, richard devine, laeticia sona…

well, I guess maybe next time

Aww, well, I’d say that’s a vote for keeping the original dates. I’m open to that.

I was about to donate to the ‘palooza’ and make plans to drive down, but I got a text about Don Fest diverting my priorities :’( I’ll be at the next one!

Well, I’m asking folks right now if they’d like me to change the dates. Speak up!