Bass synth for the Norns inspired by the Roland TB-303.

Created as a way to learn and explore the platform, and answer a need for a portable bass synth I could mess around with.

“Invited to think of the futuristic, we will still come up with something like the music of Kraftwerk, even though this is now as antique as Glenn Miller’s big band jazz was when the German group began experimenting with synthesizers in the early 1970s.” ― Mark Fisher, Ghosts of My Life: Writings on Depression, Hauntology and Lost Futures

The sound engine is based on a TB-303 simulator found in overtone.

A MIDI controller. A step sequencer is probably the best for this. 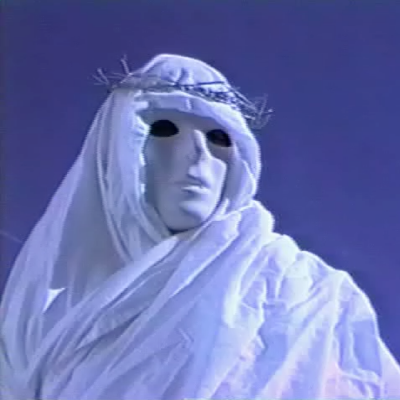 Bass synth for the Monome Norns inspired by the TB-303

i am loving your UI and screen drawing here!

What an appropriate name for a TB-303 bass synth! Installing straight away

just installed! it seems there is a slight bug/typo in the paths of your png display function that causes the images not to load.

Lost Futures installs as lost-futures instead of lost_futures, which breaks your png paths on lines 133-137.

simply changing the folder name to lost_futures fixed it for me.

Same. They can be made relative with

The background image on the UI is great! Canabalt anyone?

Also – is this thing really really loud? Watch you ears everyone!

I’m in an acid mood lately and was playing with Venom VB-303 the other day.

i’m not seeing the background graphics on my norns screen though.
i see they are in the folder but they are not appearing when i launch the script.

also…
does this only work on MIDI input 1?

Hi guys! thanks so much for all the positive feedback. I really like how active and supportive the community is.

I just released a new version fixing the issues with the background and now listening to all MIDI ports.

@SPIKE this should resolve both of the issues you have experienced.

@xmacex Thanks! I wanted the aesthetics to give this exact feeling.

Yes! You can get it even louder with the BST knob

I get a “error: missing lostfutures” message.

@yghartsyrt As the script registers a new sc engine you might have to restart the device after installing. Let me know if the issue persists

Ha I came to post that too. Nostalgia for giving myself motion sickness on first iphone, and hanging out with the creator and other cool indie game people at Gamecity nottingham

The engine level could help being turned waaaaay down.

If rubbing synth knobs would make a djinni

‍♂ appear and they would grant me a single wish to change in norns hardware design, it would be to add a global, physical, un-overrideable and easily accessible volume hardware control

Point taken - I connect the Norns to my Focusrite where I moderate the volume. I also might have attended one too many raves without ear protection.

What would be the best way to make sure the script is in line with the volume of other scripts? Just plug my headphones straight to the Norns and try to normalize for that setup?

Yeah, or make it so the audio level bar in norns mixer doesn’t seem to get stuck to the max value when playing midi notes with a velocity of 127.

You could compare with various randomly generated presets from molly_the_poly and get in the same ballpark.

When I tested your script, I remember having to lower the output level by 1/4th of its normal value to get there.

amazing work on this. sounds so good and the visuals are stunning. rip mark fisher.