Interpreting a palindrome through sound is almost too easy a challenge. Record some music, process it to play backwards, then butt the two ends together to arrive at a “forward + backward” outcome. Instant palindrome.

To our benefit or detriment, Suss Müsik doesn’t do anything the easy way. A typical Suss Müsik piece improves reductively and methodically over many iterations. It takes a long time to filter out the dodgy playing and sour notes to reveal any good stuff buried within.

In this short piece, Suss Müsik began with a simple “forward + backward” rule: whatever one plays, try to trace it back to the origin. A bit of reverse-reverb was applied to the guitar to create the effect of coming and going in equal distance.

The piano and percussion bits came out of an attempt to play “five-prime to three-prime” phrases. The intention was to match the nucleic composition of double-stranded DNA when it forms a double helix. In genetic science, this is known as a palindromic sequence. Now you know.

Eventually, “fives to threes” became “sixes to twos.” Both add up to eight, so we called it a wash and built upon it. The reverse-reverb treatment was applied to the piano chords for the ending, which at one point sounded exactly the same played backwards or forwards.

The result is a sloppy, sentimental mess of a piece, pretty much the opposite of what one would expect for this exercise. We’re not really sure how it happened. Suss Müsik in a nutshell.

The piece is titled Detartrated, a palindrome word to describe the process of improving the taste of fruit juice by removing bitter citric tartrates.

I had to make a Rev 2 for this project - All Pd-Extended.

combined twenty five reggae drum fills and twenty organ fills.
fiddled a bit with the tempo,added an lfo filter and a reversed reverb.
thats it. 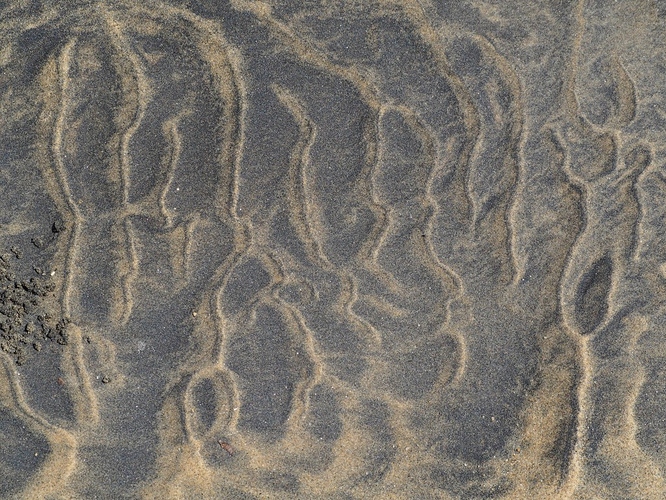 This seemed like a good opportunity to use some sounds a friend of mine recorded from his large saw blade gong.
I chose my 7 favourite sounds, created some reversed versions and arranged them all palindromically in Logic. I mirror added a little rustling sound (actually the teeth of the blade being scraped) and then created the melodic sound using elements of a couple of the main sounds (a swell and an attack) in Triumph (assembled the sound), and Iris/MainStage (making the multisample version for EXS24), then made the melody for the first half of the piece in Logic. I added the rather wonderful Valhalla plugin Shimmer to the melody, then bounced it down & made a reversed version.
Once I had the track together I exported the stems & mixed it in Harrison Mixbus (partly because Logic keeps choking, and also because I do prefer the sound of Mixbus)
Oh, and the name obviously had to include “gong” so I started from there, and I figured the rest out while going for a walk.

Palindrome - hmmm - blinked a few times; got stuck on the notion that palindromes are generally reversible, but not symmetrical; letters are asymmetric, the spaces&punctuation etc… Wondered about material experiences with similar nature and thought it was like crossing a bridge, the ‘process’ is symmetrical, but the geometry is ‘chiral’ with a different world at each end!

All three are overlaid as forward&reverse copies of their full length samples. Tapped out as midi triggers by pulse and pitch, then variously mingled&intermodulated as overdriven/pitch-altered/filtered bleeds from the original audio spun through the instrument voices.

Love the song.
I never heard from Aporee… it’s going to keep me busy today. Thank you

I think something went wrong when you tried to post your song.

Missed last week and have little time this week, but determined to have a go!
So here it is. Very simple notes on a keyboard repeated with a couple of instruments in Ableton.

Well, as it happens I had some time this afternoon so I had a play with the synth and my piano and a few short but highly fedback delays to create a new piece, which I overlaid with a reversed copy of itself. I was going to have it run through and then reverse, but I found that it actually worked well simply overlaid completely, so both forward and reversed copies play simultaneously.

Great way of interpreting the idea and essence of palindromes - I hadn;t thought about their inherent asymmetry before!

My palindrome here is very approximate. There are various kinds of mirror symmetry in each of the tracks, operating at different scales, but the overall track is not a giant palindrome. In general, I erred on the side of stuff sounding good rather than being strictly palindromic.

I made the 808 beat with the Groove Pizza: apps.musedlab.org/groovepizza/?sou…&brainpop=false&

The other beat is sampled from “Super Sporm” by Captain Sky.

I did the synths with Helm, which is both awesome and free: tytel.org/helm/

The vocals are sampled from a Dirty Projectors song. I forget which one.

this is ¶radio hummingbird’s contribution to this week’s disquiet junto with the serial number 0252. in short, the requirement for this contribution was to record a piece of music which is inspired by the palindrome, which refers to a word or phrase which can be used forwards as well as backwards without losing it’s meaning.

this piece has been created using my special little travel synth kit (the modules used were: Koe 2.0, Radio Music, Disting mk 3, Uloop, Spring and Polivoks ADSR)plus the SQ1 and a looping pedal. a burnt out light bulb, as well as an empty glass bottle with it’s plastic lid and a used up pill wrapper. nothing else. the only post-processing applied was LANDR for mastering the recording.

please enjoy what you hear.

Just guitar, and ableton’s stutter-y time stretching
I did the Brian Eno thing where you bounce it out, then decide it should be half speed

now to listen to everybody’s submissions!

This is a simple structural palindrome (A, AB, ABC, AB, A), composed in Ableton - with an El Capistan guitar pedal processing the keyboard voice. The juxtaposition of ethereal choir and police radio clips is… unsettling.

Thanks - it ends up being a track that will sound quite different if you reverse the audio … but come out the same if you reversed and re-ran the arrangement/scoring in the DAW (used Reaper).

When the email came for this weeks project, I had just started reading this blog(below) about Stanley Kubrick’s “The Shining”, which suggests along with hidden meanings there was a concerted effort to mirror key parts of the film relative to timeframe. So I thought Halloween, Shining, Kubrick, mirroring and palindrome…perfect right? Turns out it is exceptionally hard to create perfect symmetry/mirroring in any project, let alone a full length movie…who knew

Well I did my best given limitations of time and patience, starting with a patch in Nave for the low frequency parts. After cutting the bits I liked, they were set over a dark acoustic kit made in Patterning. A field recording of a perpetually slamming metal door was cut and added to the Nave pattern for rhythm. Made a dark patch in Magellan, then stretched, pitch shifted and layered for the fluctuating pad running throughout. The palindrome/mirror/symmetry is there, but unlike Kubrick I couldn’t get the timeline too work, ideally it would have been 66.6 bpm(is), 3:33 min long(isn’t), deeper(isn’t) and creepier(kinda). The usual suspects Nave, Patterning, Cubasis 2, Magellan and Zoom H2.

When I was young, my grandmother had this Heetaire Fan Glo space heater
that would keep me warm while drying off after my bath. I used to enjoy
flicking water off of my fingers to hear the sizzling sound when the
drops contacted the red glowing heating elements. Probably not the
safest thing to be doing, but what did I know when I was 6 years old? I
just liked the sound. After wrestling with my modular all weekend on a
mission unrelated to this project, it finally yielded this piece. It
reminds me of the oscillating sound of the fan in the space heater. I
can still smell the hot metal of the coils. I recorded a stereo pair, then split that into two mono tracks. I made a reverse copy of each track, then recombined all 4 tracks. Crude, but hopefully effective.