oh wow I wonder if anyone with the testing capabilities could say if the shbobo shnth (HID device) would work with this unit?

this has been a long time coming so cool to see

also I wonder about the soundplane…

It doesn’t specifically call out MPE, which would mean excellent support for the Soundplane. But this one does:

That being said, I love that it can be either host or device for USB MIDI.

Assuming you haven’t already heard, Madrona Labs are hardware prototyping their own module as we speak. Called Octouch. That, along with a 128 and Arc (and a couple of Intellijel 104hp 7U’s) is going to make me a very happy man.

I just ordered Mantamate.
Had my Manta for many years now, and always thought it would be a fantastic interface/controller for modular. Snyder had this “in the making” for years too, and I honestly feel that had he finished the development when he first announced it, many folks would have jumped on this for their modular setups. Back then there were virtually no touch interfaces for eurorack, other than the Make Noise stuff and a couple of other minimal options. Certainly nothing like Manta.
In any case: I am excited to give this a go, and see how he approached the negotiating of the unique features of Manta with modular ethos.
Very much looking forward to it!

Wnhoaa this is very exciting news for me as my soundplane will arive today. I was already thinking about how to integrate it with my modular. A dedicated module would be fantastic!

Could certainly write an alt-firmware for any of the monome modules that accepted shnth HID input if there’s anyone with the interest. So much of the infrastructure is already there in the existing modules – even the automatic usb device detection as in ansible!

We don’t really have a name for it yet, BTW.

My bad, sorry Randy! Didn’t mean to step on any toes, just excited about the module

oh dirt maybe next time I see something come up

@zebra posted some implementation details in this thread: Shbobo talking to monome and there also was some discussion here: Euro stuff triggered by drums (advice wanted)

would be cool. and same for manta - would be nice to be able to use it as a controller for teletype and/or ansible. a dedicated module might be better in terms of performance though - i imagine manta sends quite a bit of data (and iirc soundplane even more so). 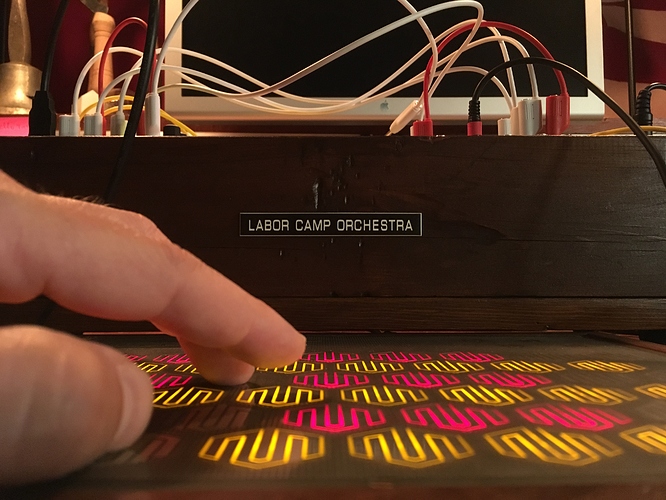 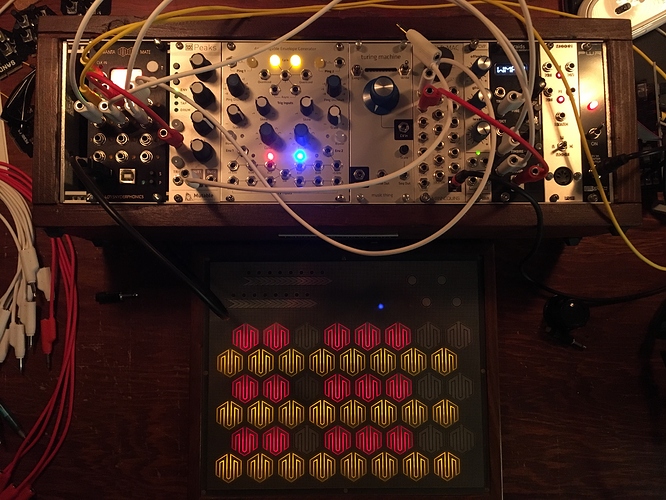 sweeeeet! still waiting for mine (got to cross the border etc.). how are you liking it? downloaded the manual, but have not had time to crack it yet.

what do you think?

I am very much enjoying it.
There is a lot there to explore, and I really just had two days with it.
The manual seems not finished at the moment, while at the same time perhaps overwhelming. But the way the module is set up is pretty straightforward. I only focused on the Manta instruments at this point, and didn’t even try to connect anything else.
I’d be curious to hear if anyone tries it with OP-1 and how well does that work…

Hey folks,
Jeff Snyder of Snyderphonics here. I just joined this forum. Let me know if you’ve got questions about the MantaMate, or suggestions, and I can try to answer them

I’m trying to get the word out more now, I think the MantaMate module came out really great and was excited about the release but haven’t done a real marketing push so I feel like people don’t really understand the stuff it can do!
-Jeff

the MantaMate is an amazing piece of gear - even without a Manta. you’ve packed a lot of goddies in there and i do think there are many in this community (and beyond) who would find MUCH to appreciate.

i’m still trying to find the time to wrap my head around much of it!

Thanks for your kind words

Bumping this in case anyone had tried using the Manta with an Expert Sleepers FH-2?

Was looking at investing in a manta as a controller for modular (and max/mps), and will probably pick up a MantaMate eventually, but initially trying to use something I already have. The FH-2 can handle usb compliant HID devices… so it should be possible, but I wasn’t sure how well things would integrate at that low of a level.

Hi all, curious about these as touch controllers / sequencer for Eurorack and could not find much info, thus users of the Manta/Manta Mate, please chime in with your experiences!