Anyone have any recommendations on mastering / sequencing software? I’ve been using an old copy of WaveBurner forever, but it’s starting to be so buggy as to be unusable.

In the Disquiet Slack, @markrushton has been telling us about Kunaki for short-run CD publishing, and in that context, @mzero told us about HOFA and the CD Burn & DDP HOFA plugin. I’m not actually certain if this is the kind of thing you are looking for though?

My first Kunaki pressed CD is due to arrive today. I’ll report back how it came out.

the hofa + burner/ddp combo is the kind of thing i’m talking about, thanks for the tip. any software that allows for sequencing multiple audio files, having region-based plugin chains as well as master plugin chains, adding track breaks and metadata/isrc codes, and (ideally) being able to create a ddp.

@myecholalia yes! that looks great, thanks.

Oh that looks nice. Cheaper than HOFA, and nice looking approach to the interface. (And it doesn’t have HOFA’s license system… which icks me out.)

Just downloaded and fiddled with it a bit - does more than just CD-mastering (which is what I need) - but it looks like it could fill other roles - like prepping the tracks for DistroKid, and Bandcamp. 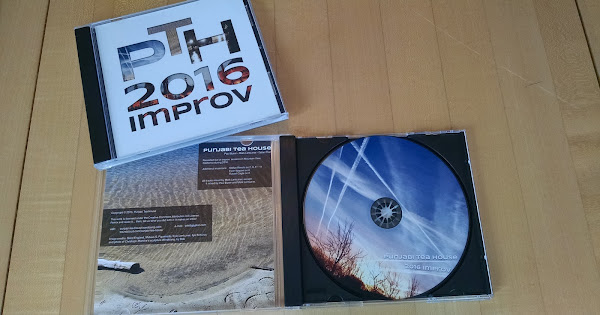 First - Surprising how much holding a CD makes the album so much more “real” than just knowing it’s up on streaming services and Bandcamp!

Second - Using Kunaki’s native per-track uploads works, but the tracks are placed with no gaps (and hence no pre-roll). Given that I didn’t use consistent fade times, or leave consistent silence at the ends of tracks, I’ll need to redo the disc (because I’m a silly perfectionist - I just played it and it is great, but the track transitions do feel like hiccups. That, and the volume isn’t that consistent, since the tracks were mastered individually, at different points in time over the year.)

I think the per-track upload would work fine if you accounted for gap needed at the end of each master, and didn’t mind the lack of a pre-roll count down.

I tried Triumph (thanks, @rknLA) for reasons I outlined above. The process was pretty darn easy took just a few hours to learn and do. The program did crash on me once, losing my last edit. It is a giant disk hog - seems to make whole copies of your tracks in the file bundle it creates. All in all it was easy to add the few fades I needed, space the tracks as I desired, add track and album data, check LU metering, adjust track volumes - and generate the DDP files that make up an audio CD. I liked that you can use the same software to master the track for streaming services with just one command - but didn’t since I’ve already uploaded those.

The process for going from DDP to Kunaki is:

Along the way I discovered some things about that:

Update #2: I’ve redone it one more time. This one is juuuuust right!

First: It has all the proper track markers so that the gaps between tracks (where you want them) count as lead-in to the second track, and doesn’t count as time for either track. I realize this is an incredibly nit-picky detail, but I’m glad to have it right.

Note: You cannot get these markers using any of the standard ways Kunaki gives you to upload your CD. How’d I do it? Glad you asked…

Second: I have a Python script that converts directly from a DDP file bundle to the format that Kunaki uploads (.CUE and .iso files, and no, not the .iso you’re used to). So no need to burn and re-read with Kunaki’s Windows-only software. I’ve only tested this with the DDP bundle that Triumph outputs, but suspect it will work in general. If anyone wants to try it, just ask…

I use a combination of Audiomulch (Transfer and Capture with the analogue chain, VST plugins, Limiting etc), RX7 Advanced (topping and tailing, SRC etc) and Sonoris DDP Creator Pro (final CD authoring) here, although I’ve been learning REAPER the last year for recording and mixing, with a view to mastering use in future as Mulch hasn’t been updated in half a decade now… I did buy Samplitude at one stage but couldn’t get on with it at all. You seem to find as many different approaches and workflows in mastering, as you do mastering engineers!

@Gregg this seems to be a pretty old topic. A more up to date conversation can be found here:

Some random thoughts on the topic (sorry for the length, I’ve been mulling this stuff for the last year or so): Hands down, this is the best thing I’ve ever read on the topic: How to actually master your own music. Short, explained, to the point - and every step is understandable and not shrouded in mysticism. The explanation of how to use a reference track, and why, is gold. If mastering for YouTube / SoundCloud / Spotify / iTunes, etc… basically a service that will MP3 or otherwise deliver t…

Second: I have a Python script that converts directly from a DDP file bundle to the format that Kunaki uploads (.CUE and .iso files, and no, not the .iso you’re used to). So no need to burn and re-read with Kunaki’s Windows-only software. I’ve only tested this with the DDP bundle that Triumph outputs, but suspect it will work in general. If anyone wants to try it, just ask…

Hey, I hope you are still active. So I took it upon myself to update the script you made to work in python 3. I made the DDP bundle with Reaper instead, so I figured it might not work. From hours of trial and error and a lot of help from stackoverflow, I made this:

Now the reason I’m replying to this 2 year old topic is because I have absolutely no idea if the modified script actually works or not, but Kunaki have accepted it and have successfully processed it saying it is ready to be manufactured. Still, I have my doubts, as I’m not really good at coding as well. And for some reason, Kunaki have removed the ability to send a free review product so I need to make sure that it actually works. Would you mind checking it if works? I can also provide the files that the modified script outputs for you too if you want.