Matching fidelity of an aged cassette with newly recorded audio

Hi, all - I had a nice creative breakthrough this week, and I thought I’d share a bit about it. I have a thread on my weekly show here on Lines, and occasionally have had secondary threads, like one on fixed filter banks, to discuss other ideas. Hope this one is cool, too.

For this week’s show, I wanted to do a tribute to a self-help tape on ‘Mind Surgery’, which is an oddity tape I picked up in Denver in 1993. I’ve loved the tape for close to three decades now, and wanted to do an update on the recording with music and electronics added. Here’s the show:

Learn how to do 'Thought-Based MIND SURGERY' with this 1985 self-help cassette...

Spoken Word with Electronics is an audio series delivering to you a two side recording of unusual stories paired with vintage modular electronic sounds Hi, everyone – Welcome back to the show…

Here’s the raw audio of the cassette:

So, in terms of processes, I took the cassette into the studio and worked a lot of music and noise around the record.

If you notice the original recording you’ll see its sonic range is extremely cloudy, with literally no high end and a tough bass floor that’s into the middle. There is nothing to recover here if you remove the hiss. Any equalizing or filtering does nothing to make the dialogue brighter.

So, adding a music bed to the audio introduces a challenge.

When I added modular electronics or any other high fidelity source, it sounded fun, but it didn’t blend in a way that felt convincing. It was obviously a secondary sound source layered on top of the original audio.

This is fine, but I really liked the idea of a backing band going into the studio in 1985 with a bunch of electronic equipment and turning “Mind Surgery” into a low-fi tape, along the lines of William S Burroughs Break Through in Grey Room: 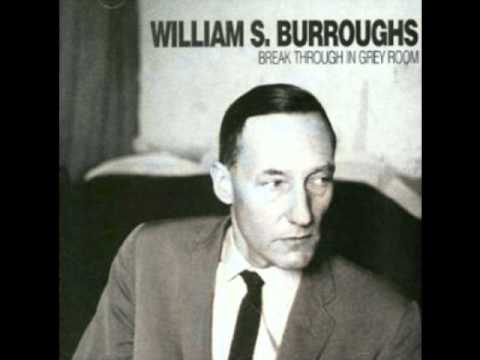 To achieve this, I had to take the album back to the recording quality of the actual audio of the Mind Surgery cassette.

So the process I’d like to share was trying to figure out the bad recording/mastering techniques of that original 1983 cassette. Nothing worked in the way of EQ or highpass/lowpass or digital “lo-fi” filters, all of that retained high notes and other good fidelity; I needed to completely destroy my music bed to match. The answer was a cassette player with a dirty playback head. I have an old cassette player that picks up interference due to a bad internal wire, and that makes its recordings basically chop off ANY audio above a certain range from even being recorded. So I recorded my audio bed into that and then merged it with the MIND SURGERY tape and I’m happy to say the recording sounds pretty close, in my opinion, to being a merged set of sounds now. Here’s the ending mix, with music added:

I was just about to suggest your very solution…

Ha! Yeah it’s not the most hidden answer, and also a decision, too. What’s your favorite crappy cassette player? I love the ones made for classroom use. Schoolmates or Califone, etc.

You lose so much audio information with a destructive method like recording through a bad piece of hardware. But I love how other information gets revealed, especially through harmonics on reverbs and delay, etc. Those things add bass, and with the bass gone new sound gets pushed forward; particularly if you flatten it to mono.

Thanks for your suggestion, even as it matched the attempt!

I haven’t owned a crappy one since the early 80s, but can’t remember what it was. Loved it though. It was a desktop oblong silver one, and had a little built in mic which was hours of fun as a kid. In the 90s I had a lovely Aiwa AD-F810 which was super high quality and nice sounding, but sadly my dad took it to the tip after I moved to Japan.

It’s a cool topic, you usually see people wanting to make an old tape sound like new (repair/restoration), but you want to make a modern recording sound old, and succeeded.

I’m working on a cover of Pink Floyd’s ‘Julia Dream’ at the moment, want to do a modern sounding Folk mix (just guitar and vocal, perhaps a little verb), and a full on Trip mix (more like the original) with bass, keys, crazy FX, lo-fi sounding elements/mix/master etc. For that 70s kind of sound I tend to just record everything through my TG2 pushed hard, then run the individual tracks through the mastering chain again, pushed hard, then when it comes time to master, run it through yet again pushed really hard. Multiple layers of subtle harmonic distortion and transformer saturation build really nicely for that vintage analogue tone. I should be in marketing…

Hey, thanks so much, Cementimental! (Incidentally, that’s a terrific username, ha, what a good blend of words there)

Yeah, the show is roughly described as “voice recordings with soundtracks”, so I think you’ll enjoy any number of episodes. Have a cool day.

I’m working on a cover of Pink Floyd’s ‘Julia Dream’ at the moment, want to do a modern sounding Folk mix (just guitar and vocal, perhaps a little verb), and a full on Trip mix (more like the original) with bass

Great to hear of your own history with an Aiwa AD-F810! Sorry to hear your father ran off with it, but I would have too! Fun capstan talk here on this thread:

Another fine episode. Becoming a “Spoken Word With Electronics” superfan.

Thanks so much, @squim! I really appreciate that, friend.

The way you spoke of “meeting pieces of your identity” really resonated with me tonight. The tape is such an interesting and incredible find. How long does it usually take you to produce an episode? I am new to lines and seeing all these wonderful creative works is overwhelmingly inspiring.

Funny, he does have a Burroughs cadence.
Really trippy source material and thoughtful editing and sound design.

Thank you, @soysos! I’ve really appreciated your kind support in the SWWE thread, too. Yeah, “cadence!” — Exactly. I could not recall that word when I was talking.

Ha, I’m fairly good with word choices but man that term completely escaped me in front of the microphone. Burroughs Mind Trap!

Thanks so much, @AmethystSeer — Welcome to Lines, too! That is so appreciated that section you quote connected with you. Rock n Roll, man. I started the show as a way to stay inside without anxiety during the initial lockdown here in the U.S. — It’s now how I frame my weekends. It’s kept me sane, admittedly. When I’m doing the recording, I feel like I’m somewhere between a HAM Radio operator (barking at my neighborhood) and a proper radio station, just without pesky FCC.

I write each episode during the week, M-F, then record it during the weekend, starting Friday night. Usually start about 10pm, work til 4am into the weekend, in front of the mixing board, like a radio booth, with modular and other hardware. Then on a task editing throughout Saturday and Sunday.

I try to retain the sense of it being a live show, with flaws, but I can’t help editing, too - So trying out different editing and compression techniques to make each show a bit of a learning experience for me, which I’m putting into the audio story (Charlie Pickle) I’m serializing at the end of each episode.