So I just got my Menqi DPLPG kit in the mail yesterday and built it up. I tested it multiple times and I receive no sound coming out of it and no signs of life from the LEDs. The only time I get sound is when I pinch my fingers together on the upper two pegs of the vactrol, otherwise nothing works (the same thing happens on both channels). I’m not sure if I burnt something out due to my shoddy soldering skills or what, but I’m confused and just don’t know where to go with it, especially since Menqi doesn’t provide a build guide online. And apparently my kit is also missing pieces? I ordered it from Modular Addict, and their kit contains different pieces than the BOM listed on Thonk and I’m unsure why that is.

Price  does not include EU VAT.

My kit didn’t contain the resistors, capacitors, or 1N4148. Just the PCB, panel, jacks, LEDs and the Vactrols. But even if I did receive those, I’m not entirely sure where on the board they’re supposed to go. Any help explaining this would be greatly helpful. Anyone who has a DPLPG, I could use some pics of the guts as they seem to be sparse online.

Did you search Muffs?
I do recall a thread on this build, and there having been some issues that (I think) had to do with vactrol orientation?

I’m not sure how helpful these might be, but here you go: 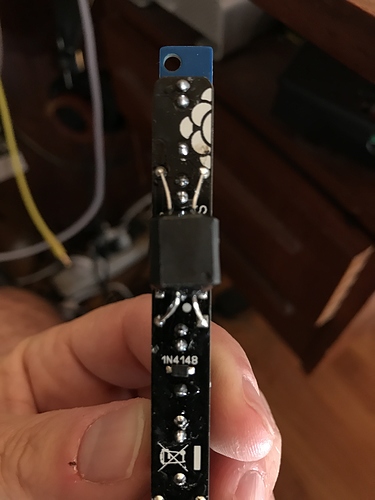 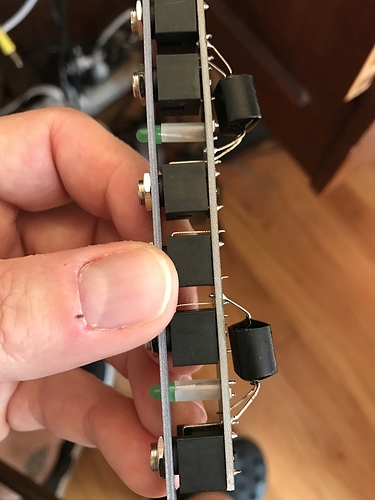 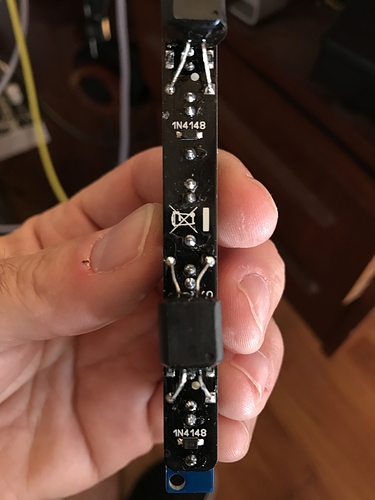 If you’re missing parts, then it obviously won’t work of course, but bear in mind that the diodes and LEDs and vactrols must be correctly oriented–they are directional components. The vactrols should, in theory, have a dot that corresponds to the dot on the PCB; I know I just had mine out but I didn’t check that.

Confirm the parts list with MA and see what they say first, then you can work on getting it together.

Maybe worth noting that I sometimes have trouble with the CV in of the DLPG. Some of the Math outputs don’t work for example.

Yeah I lined up the dot on the vactrol with the square hole on the PCB on both of them. It doesn’t seem that I’m missing any parts when I look at your build… I’m honestly more confused now.

So I found the issue. I didn’t see the SMD parts on there. I installed them and managed to burn one channel out

but I got the other one working. I’ll definitely take that over nothing

When you say burned it out, do you mean literally burned through some of the ‘vias’ (connection in the PCB from the soldered-in leg to the trace in the board) or it just doesn’t work?

To be perfectly frank, I’m not quite sure. I’m going to have to look at it a bit more. LED’s are lighting up on both channels, responding perfectly. Audio stopped working on both channels, and it’s very quiet. I got it to work on both of them briefly.

Maybe worth noting that I sometimes have trouble with the CV in of the DLPG. Some of the Math outputs don’t work for example.

This was very validating! For future searchonauts, my newly made DPLPG is happy with all sorts of CV in, but not the Maths unity outputs (it actually somehow pushes the maths output continually high? I guess there’s some kind of loop being made?). Take the same envelope from the attenuverted channels and you’re fine, but if you’re, say, cycling a Maths channel, you’ll get one pass through the unity out and then it will stick high. Electricity!

Interesting I have a similar problem with my Rampage. If I use either A or B out it goes high then gets stuck, but if I use Max or Min, it works properly.

I had the same issue with Rampage and DPLPG. A passive attenuator or buffered mult fixes it.

reviving this ancient thread to see if anyone might be able to help me troubleshoot my DPLPG.

i’ve had mine for a couple years and never had any problems with it until recently when i discovered that the bottom channel wasn’t passing any audio through! the LED lights up when i send an ansible trigger in, but no audio… top channel works perfectly though. I resoldered all the through-hole parts that I could reach but was still unsuccessful. any thoughts? 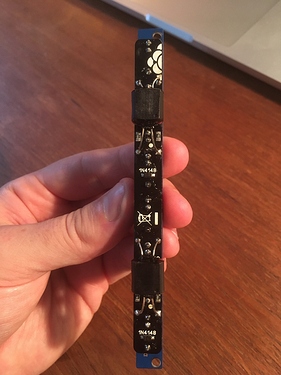 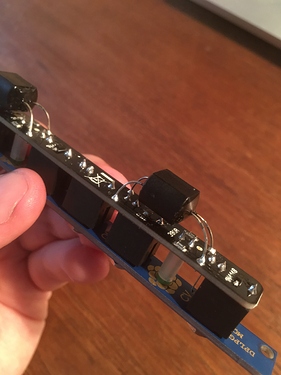 This has also happened with one of my DPLPGs! I’ve been mystified.

This started happening to mine last night as well. Big bummer.

Here I was thinking I was going crazy. I didn’t even think That a possibility might not be user error.

There isn’t a lot of parts on these little dudes. It be nice to learn a fix.

honestly it’s probably a dead vactrol -
I based my 2xVLPG (KOSMO Format) on Meng Qi’s and they work great.
Have you tried a different vactrol?

Here’s a schem for it 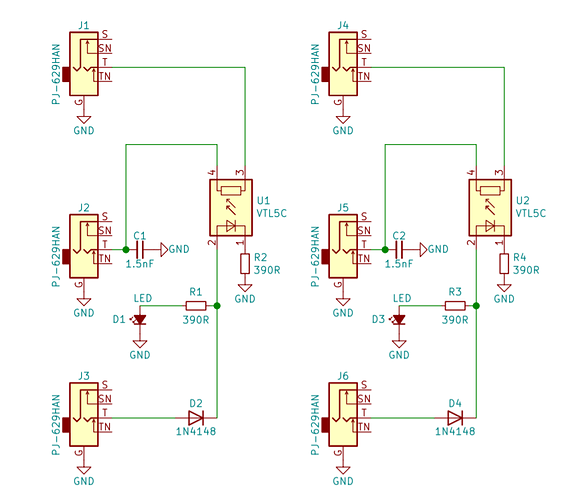 I replaced a dead vactrol on one of mine a couple years ago, it’s a fairly quick swap if you can get your hands on the part. Believe I grabbed mine through thonk. Just keep track of what leg goes where/where pin one is.