this is basically a device to control a microKORG / MS2000 from ableton.

nb: this device should theoretically work w/ a MS2000 though i don’t have one to try.

the microKORG is an often overlooked “beginner” synth but is in fact a MS2000 in disguise.

what it lack mainly is its bigger brother’s front panel controls, so programming it can be hassle (esp. due to lack of visual feedback). that’s the main reason why folks don’t go very far w/ it.

this device aims to solve this issue + allow params to be automated and controled w/ push.

what sets it appart from existing ones is:

on the microKORG, set the value of MIDI > LOCAL to EXTERNAL or AUTO. the default value (ON ) may cause glitches in the SysEx communication.

if you use a MIDI channel other than 1, modify the value of the CHAN. control in the lower right corner of the device. 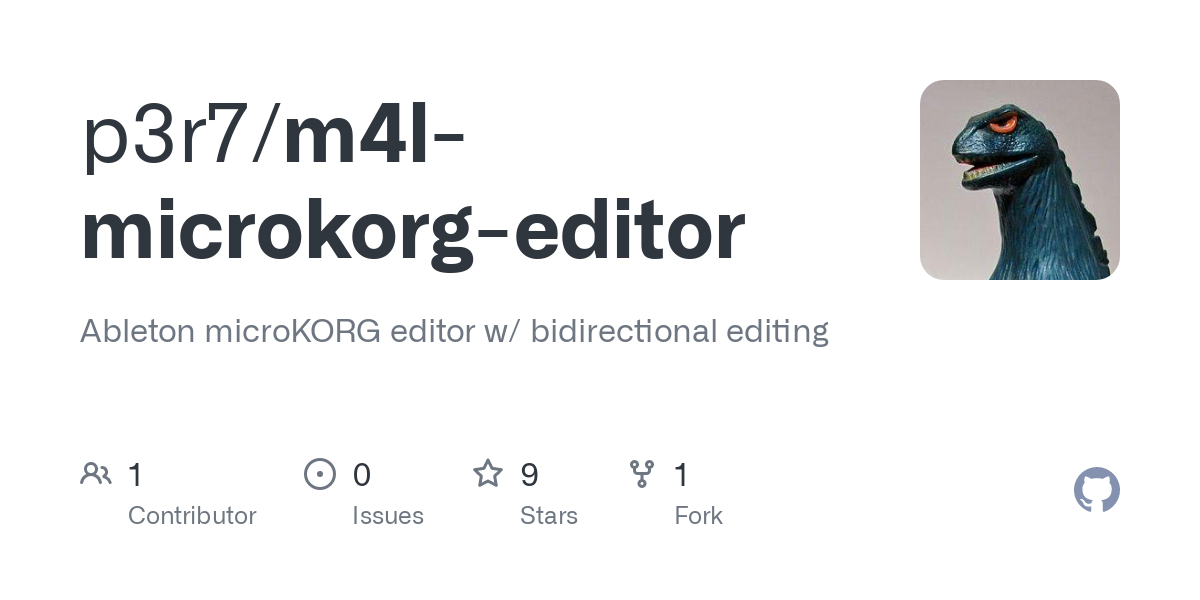 the microKORG is an often overlooked “beginner” synth but is in fact a MS2000 in disguise.

Yes; this and 20 characters more!

This rules, I haven’t powered up my microkorg in ages because I can’t stand programming it

for the few of you that might have downloaded the device, i’ve just released a new corrective version.

there was a bug when changing the selected timbre (for multitimbral patches).

I need to dig mine out again; there’s some patches on there that are particularly fun and I have no idea how I made them.

there’s some patches on there that are particularly fun and I have no idea how I made them.

be sure to back them up (using the save button)!