I know a lot of the video is targeted at graphic design, but I imagine it would be amazing as a control surface.

I’ve got Windows 10 running on a desktop (far from the computer I use the most) and I don’t hate it.
And while you couldn’t pry GNU/Linux from my cold, dead hands… I could see myself being productive in that MS environment.

That computer is impressive. I’m trying to imagine myself ever returning to a full desktop setting, but I’d sure as heck be into a monitor like that.

And the encoder is fascinating. I wanna learn more.

Looking at this (and the surface book) and looking at the new MBP has me thinking about getting a windows machine for the first time in idk how long.

hardwarewise apple has been lagging tho

I have a PC and a Mac, because some things only run on one or the other. I definitely use my Mac more often, but that’s probably due to the habituation of using Sketch (a mac only app) for work.

I looked at the specs on this yesterday, briefly. I’m a 95% Mac guy, so pardon a potentially dumb question, but if you wanted to run a DANTE interface of some sort, how would you add an ethernet port to this? I don’t recall seeing one included; strictly wireless.

EDIT: nevermind. Found it. You have to used a USB to Ethernet adapter.

It has an ethernet port doesn’t it?

Not according to what I found.

You have to used a USB to Ethernet adapter.

Does this present performance problems, or are there other reasons this bothers you? I’ve been using USB to ethernet adapters pretty regularly for a while now… 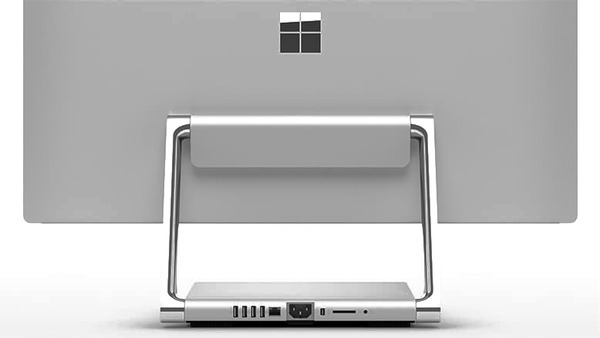 To the left of the power socket?

I’m not sure, but I’m done with workarounds. I want something spec’d correctly or I just don’t have time for it anymore.

It’s not big deal. There are a million other PC options out there.

DANTE is the future for networked audio I think, and I’ve also been giving serious consideration to moving at least some of my audio work from Logic to something like Sequoia or Samplitude, and those only run on Windows.

I could use Bootcamp I suppose though.

Hmm. Does look it.

Maybe what I found is incorrect.

Review the Surface Studio tech specs and everything else you need to know about unleashing the creative power of Microsoft Surface Studio.

I could use Bootcamp I suppose though.

I guess it’s all moot anyway

I guess it’s all moot anyway

Yep. My mistake. The search result I got was relative to Surface Pro, not Studio. I was sloppy.

Back in the running with this!

How is that (ie, Bitwig on touch screen)?

I’ve occasionally wondered about migrating from Ableton to Bitwig for touch support, but don’t have a clear sense of whether than would be transformative for what I do (which is mostly in arrangement view) or just… interesting.

I suspect Ableton would say that their touch interface is, in fact, Push2! But Push is not quite as compelling, I find, if you’re mostly working with a timeline.