Just got one of these to use with Aalto. So far I’ve successfully mapped the button function to turn Aalto sequencer steps on and off, and the rotary knob function to control the value of the sequencer pitch.

Very cool, can’t wait to have more time with it!

Have been curious about this unit for a while. Are you using it for any other applications? Happy with it on the whole?

I love the MIDI Fighter Twister! Incredibly powerful features for the price.

I use it for Traktor Pro, with the “Twisted Gratification” mapping, which provides 4 reverbs, 4 filters, 4 delays, 3 beatmashers, and an echo freeze button.

I also use it as a MIDI controller for VCV Rack. VCV’s MIDI-CC module conveniently has a 4x4 setup that’s identical to the MIDI Fighter Twister’s 4x4 encoders, so it’s easy to visually patch parameters to knobs and go.

I haven’t thought about using this with Aalto - that could be amazing!

I got it to supplement my Push2. I’ve spent literally 15 minutes with it so far but I’m already really psyched about the possibilities…

I could see getting another at some point, although I need to grok the fact that there are four banks of 16 knobs.

I’ve also got an APC-40(1), an Akai MPK-mini and a Launchpad Mini to point at Aalto, so the fun is just starting!

Nice! Curious how you will use the launchpad w the aalto interface.

It’s such an awesome utility to have around. Mine is currently in my locker at work next to a traktor x1 for compact impromptu dj mixing duty. But i’m going to take it home this weekend for use with Norns. The built in sequencer easter egg thing is fun too. Another common use I have for it is as an extension of Octatrack’s knobs, primarily for track levels.

All of the above. Works great, good build quality, and so handy to have around with all the different encoder/button modes.

I have one too. Nice unit - though I don’t use it as often as I though I would. Interested in if it would be able to get its more advanced control (push, push-turn, color, side buttons, etc.) working with norns. They would be killer pals.

i like to use mine. used it in last home video. colors are great and mapping is incredibly easy.

I picked one up from a friend, gently used, a few months ago. It sat on touched on my desk for nearly all of that time while I dithered over controllers that I’m taking to a festival in Europe in July. Yesterday at noon I sat down with it for the very first time, without opening the manual, and by 6 PM I had a full concert rig running like a champ.

If you haven’t looked into the possibilities inherent in this box, you really should. It’s well-built, responsive, very customizable, easy to set up, feels rugged and comfortable, and has one literally hidden feature that made a huge difference to me. Virtually all of the photographs of it on the Internet, including on the company website, only show it from the top or at an angle. None of them show it upside down, which is how you have to look at it to realize that it’s not a gigantic solid box. It’s actually deeply indented in the center. As a result, it weighs about half as much as you think it should, and it’s very easy to hold in your hand rather than simply sitting on a table.

All in all, well worth a look.

I have one too. Nice unit - though I don’t use it as often as I though I would. Interested in if it would be able to get its more advanced control (push, push-turn, color, side buttons, etc.) working with norns. They would be killer pals

Curious if any Norns users who own one of these could clarify whether or not the advanced controls work…looks like a killer pairing indeed.

Curious if any Norns users who own one of these could clarify whether or not the advanced controls work…looks like a killer pairing indeed.

I haven’t looked into it and don’t have any immediate plans to.

The twister requires an app for configuration on a computer. I have a feeling that, once configured, it would work like any other MIDI controller (per your configuration), but haven’t investigated it. (There is a small chance it would use some sort of driver to translate its commands.)

Didn’t spend much time on its special features, I treat MIDI FT as a simple 4 x 16 knobs controller. I think it is a good companion, though I didn’t compare. 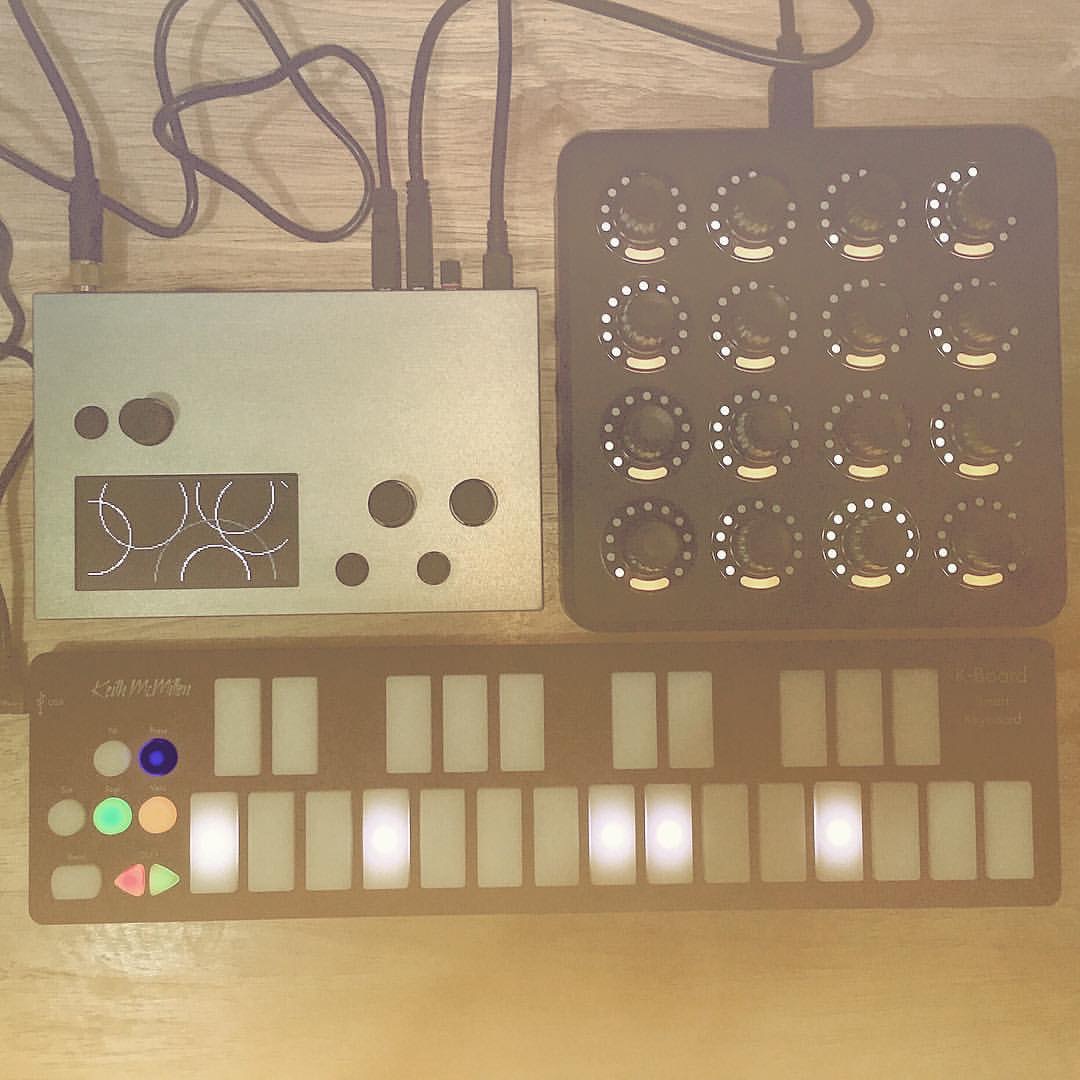 I’m toying with grabbing one of these for use with VCV rack and AudioMulch. Seems like a good fit. But has anyone done any more experimenting with the advanced features and Norns or other hardware synths? I’d love if i could also use it on my digitakt and eventually Octatrack.

avoided picking up one of these for a while cause resolution n stuff compared to arc. are the knobs smooth like the arc aswell ?

I’ve had a positive experience using the twister with both the Norns and the Octatrack. I have a bank for each at the moment. For the Octatrack you have to customise the CCs using the midifighter utility as OT doesn’t have a learn function. For Norns you just do the parameter learn.

great info - what I’m coming from for the most part is the 128 from midi, so honestly ~100 is pretty decent. in my experience --> if you can control the response curve of a knob in software to yr taste that can reconcile a lot of the knob’s shortcomings. prob going to pick one of these up eventually