Got mlr working with midigrid but no visual feedback. I’m using my push2. I haven’t figured out all the controls yet. There is limited info on this so I’ve just been pressing buttons until something happens.

Thanks folks I’ll try these this evening

hey man, did you get it to work? Still struggling with the changes in Loom. I would really appreciate if you could share the solution if there is one!

Thanks for this huge effort! I’m looking to get a compatible device for midigrid and was wondering which one works the “best” or closest to a regular grid? I.e. white colors with different brightness levels, no random lights, etc.

the new launchpad generation can work with rgb values, thus you can recreate the 16 brightness-levels of the monome grids. I didn’t use the midigrid library yet in my scripts, but currently try to integrate it in this script (SuperBrain (Multi Engine Midi Sequencer)).

I only own the launchpad X, but beside the bigger footprint compared to the mini line, I really appreciate the new possibilities due to the velocity input.

new launchpad generation can work with rgb values, thus you can recreate the 16 brightness-levels of the monome grids

Thanks! As I understood it, this is not completely working though with midigrid at the moment. Or is it just the current generation LPmini mkIII that has random pads lighting up for example?

On a different topic:
OMG! 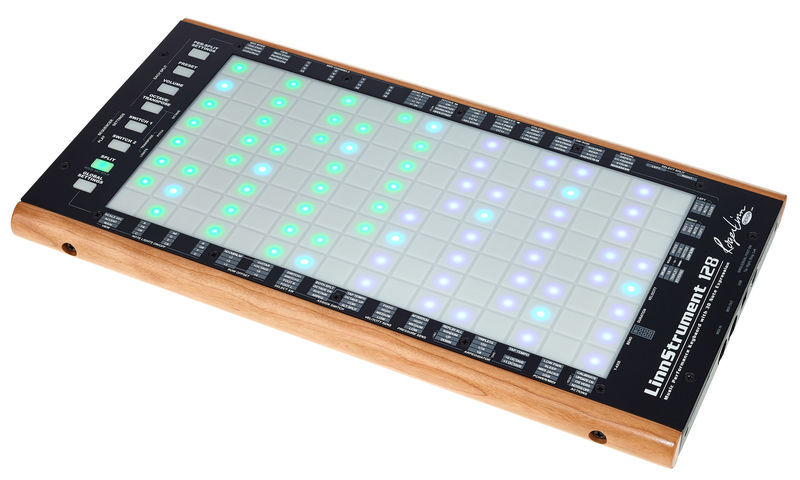 I just realized that my Linnstrument 128 has exactly the same pad amount/layout as the grid and there’s a user firmware mode that lets one turn each pad’s LED on/off with MIDI commands! I know this is more expensive than an actual grid and quite a bit bigger, but If I could get this to work, I wouldn’t need to buy anything new for now. I’ll investigate!

EDIT: Okay, so the Linnstrument works a little bit differently than the Launchpads, etc.

To activate user mode, first send NPRN 245 value 1 on any channel. Sending 0 disables user mode. This can also be toggled manually on the Linnstrument, by holding the “OS Update” button in its Global Settings menu for half a second.

*Columns 1-16 are the actual grid keys, column 0 has AUX buttons like on the Launchpads

I’ll see if I can maybe implement this into midigrid myself.

__
EDIT: 2 hours later
… uhm … I feel like implementing the Linnstrument into midigrid is not as trivial for me as I had hoped. I could code support for the Linnstrument into my scripts without going through midigrid, but that’s not really useful for anyone but myself. I’ve never coded any scripts with grid functionality yet, so maybe I need to start with studying this before trying to understand the inner workings of midigrid

EDIT 3: 9 hours later (with some breaks in between

There is a rather persistent issue with the launchpads that causes the occasional mis-light of the LED’s. There are indications that is could be down at the linux driver level … but the reality is it’s a minor annoyance at the worst for most people. (see if you can spot it the the video below … )

mini mk1&2’s are the best economic choice, but if you are after white buttons then the mini mk3 is a good choice.

I don’t know which of you crazy cats made this, but this is AMAZING!
[Monome Norns Arcologies + Launchpad + iPad - YouTube]

@NightMachines you will have to override a bunch of the default behaviour but it should be doable based on what you have said above, but yes, not trivial. You might have to check if a column (or row) is “dirty” and update is. You would not want to send 3 CC messages for every LED. If you do decide to pursue it further let me know and I’ll see what I can do to help…

you will have to override a bunch of the default behaviour but it should be doable based on what you have said above, but yes, not trivial. You might have to check if a column (or row) is “dirty” and update is. You would not want to send 3 CC messages for every LED. If you do decide to pursue it further let me know and I’ll see what I can do to help…

Thank you! Just regarding the right starting point for this endeavor: Could I do all of the hacking in a duplicate of the generic_device.lua file, renamed to linnstrument.lua (after configuring the midi device name in the supported devices lua file)?

But I suppose if sending three CC messages per LED is clogging the pipes, then it might not be worth going down that route at all.

I have two mini mk3s and imho the random lights are a non-issue - it does happen, but it’s so brief and generally not persistent or linked to clock activity (ie it does not actually impede using the midigrid). Generally the random lights are also outside the color palette as well - so I’ve never had a random light interfere with my understanding of what the app is doing.

I’ve never had a random light interfere with my understanding of what the app is doing.

20 chars of chiming in to say that this is my experience with 2 x Launchpad Minis Mk3 too.

I don’t know which of you crazy cats made this, but this is AMAZING!

I don’t know if they’re on here but I’ve followed them on Insta for quite a while and they always have some great videos, often made with mobile instruments and generally with some stunningly good visuals.

I didn’t know they have a presence on YT (but should have guessed!) - will be checking out some of their other vids later, for sure!

Thanks for the info! Good to know that the random flashing isn’t really an issue.

I’m hacking away happily with my Linnstrument and it’s looking pretty good actually!

EDIT: figured out my issue. I had only 15 values in the brightness_map table and not 16!

Hi all. Recently picked up a Norns Shield so just learning the ropes and new around here. Having an issue with getting Midigrid to work successfully with Cheat Codes 2 and a Launchpad X. Not sure if this topic is the best place to ask for help or not…
Got the latest version of CC2 and @jaggednz’s Midigrid fork installed. When I put LPX in Programmer mode I can’t get any pads to light up. The bottom 16 pads are selecting slices in CC2, though, so there’s definitely some connection going on. Am I doing/not doing something daft?

Have you enabled midigrid in the EDIT > GRID menu?

In other news: Hello LinnstruGrid 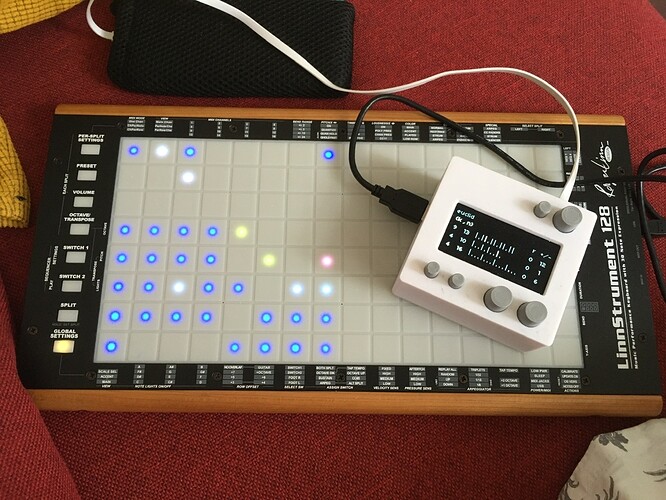 Aha! I was not doing something daft. Thanks @NightMachines!

Grid looks great on the Linnstrument.

Holy shit!!! I have a linnstrument 128. And if you could get linnstrument working with norns as a grid, you would be my hero!

It seems like I’m almost done with Linnstrument support, but of course it would need heavy testing still

Since midigrid devices have only used 8x8 layouts in 1 or 2 quads so far and this whole grid stuff is still new to me, I’m currently hard coding my 16x8 Linnstrument grid sloppily into the midigrid script. I’m not sure how to make the script automatically switch between the 8x8 quad system and a single 16x8 grid, but I just messaged JaggedNZ about this, so I’m sure there’ll be a simple solution soon

Very excited about this too!

EDIT: Linnstrument interfaced with Awake via midigrid (no audio)! 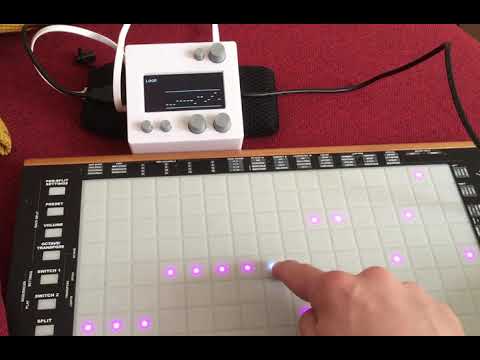 EDIT: Apart from cheat codes 2, the tutorial 9_grid script and awake, I also got loom working without any issues so far, even with all 128 Linnstrument LEDs flashing. So despite the three MIDI CC messages per LED, everything seems to behave

The only thing that’s a bit confusing sometimes are the colors. Since there are just 10 very different colors on the Linnstrument, it’s a bit difficult to see what’s going on in loom for example.

So what steps did you take to make it work?

Here’s a little tutorial on how to make scripts work with midigrid.

1st Step:
Generally, scripts with grid support will have a grid variable at the top. For example

This will check wether midigrid is installed and if so, assign it to the grid_device variable. If midigrid is not installed, it will assign the original grid resources instead.

2nd Step:
Now find the lines in the code that read:
grid_device = grid.connect()

EDIT: Removed my attempt to explain why this needs to be done