I thought I’ll post this here after I stumbled upon it in the net.
Is anybody of you involved in this? If yes, are there any news?
I thought it might interest the community. 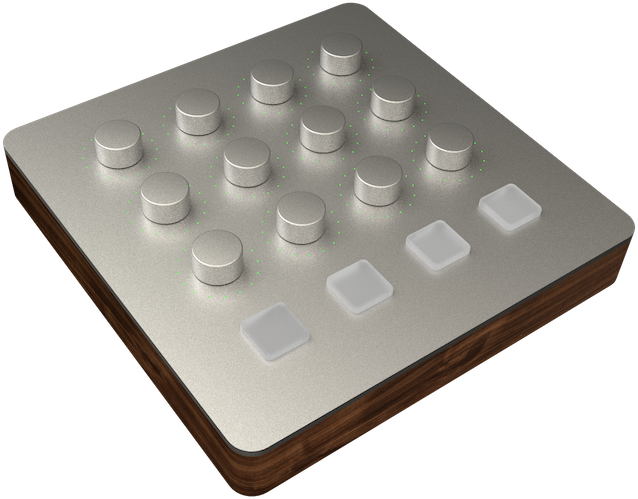 first time i’ve seen it. curious where the pads come from!

Wooden base, aluminium and hi res encoders. Let’s put it like this: they got slightly inspired by your designs. 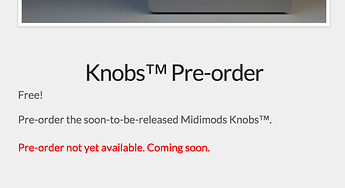 I’m curious how much this is going to retail for…

it does look nice though.

There seems to be a “128” sized one too maybe… Buried in their website.

I would actually find something like this useful. But maybe not quite useful enough to justify the cost of that many optical encoders.

The buttons are apparently tri-color as well, if the arduino library on Github is to be believed. I would totally use something like this to control my MOTU audio interface / mixer if it had 16 knobs…

Yeah! That would basically be perfect. Especially if it had a standalone network connection for OSC. Then I could get rid of my mixer and mix directly on the audio interface, even without the computer

I’m the complete opposite. I would only use something like this to control generative max patches

Everything about this website seems sketchy though, like it was created quickly for an undergrad business school class project. 10% off something with no price or market date just for signing up to the mailing list. What?

by the way, any news on this?

http://monome.org/docs/arc it’s not currently in production, but may have a reincarnation soon!

i’m hesitant to make promises about anything-- vaporware announcements (like this thread) are frustrating.

but i’m almost done with drawings for a redesigned arc. mechanical prototyping should be underway pretty quickly.

I stumbled onto this a few weeks ago. I was thought it looked sexy mostly because it would match my Monome. The pics look like photo shop drawings or something. Not sure it is a real thing yet.

Yes the design is eerily similar. They didn’t have to imagine too much to bring this out.

Vaporware alarm is going off, I’d like to see it in action. I guess we’ll see.