Hoping for recommendations on configuring a stable configuration of MLRV and Max 7. This weekend I was trying to get MLRV working with Max 7, but was getting a lot of Max 7 crashes and noticed slowness when mapping controllers (Arc2) to paramaters (global volume channels).

What’s everyone else’s experience been with stability with the above configuration. Is 2.6.1 considered stable? …if not what is the defacto stable version of MLRV for Yosemite?

i’ve also been having a lot of issues with this combination-- mostly with soundcards. i’m not sure if something went bad with os X somewhere around two versions ago. i’ll try to report if i can find something stable.

@tehn not sure if it will help but I’m running an RME Babyface. RME’s drivers are typically VERY stable… haven’t had issues before but I did notice this error a couple of times on Saturday in the Max Window when running MLRV 2.6.1:

I’m trying unsuccessful here too. I was trying to rewire on Ableton, but Max7 crash all the time when I get play on Ableton. Trying on a Mac Book Air, with Yosemite and latest Max7 and Ableton.

I just checked, both are 32-bit =/
I’m really newbie. But I tried to find an answer on lines and searching the old forum, but I really can figure out what is going on. My laptop is new, I recently formated it, but in the old I had it worked fine. But I don’t know if the mlrv was the same version.

Interesting details about rewire… I wasn’t trying to do that myself BUT, does anyone know if mlrv has a 32 bit requirement?

@Galapagoose is out of the country right now but will be back in a few days.

It’d be great if @Galapagoose could have a look at MRLV to make it stable with current Max/MacOSX versions. In case that proves to be really difficult or time consuming, a pointer to maybe another version out of the MLR family that probably does work would be great.

I’m a long time mlrv user who has recently converted to remix; if you are an ableton user i’d recommend it.

Any updates on this front @tehn @Galapagoose??

@Galapagoose should have an update within a few days. the issues seem to be specific to external soundcards.

I’m still can’t connect the MLRV on Ableton, when I push play on Ableton, MAX7 always crash. Maybe there is a sequence to start the process? I know that I need to open first Ableton, to rewire Max on it.

This is a new bug introduced with some recent version of Max 7 where rewire always crashes once the sequencer is begun in the Master application.

I spent a good few hours trying to get a working version of mlrv going with Max 7 in Yosemite and found it simply not possible with any soundcard other than the built-in audio driver. Brian and I are currently discussing the best approach to provide a working version compatible with the audio driver changes in OS X since 10.10.

Apologies for the delay, but this has turned into a much bigger discussion on how to provide legacy support in a rapidly changing software environment. Hopefully we’ll have something more to share in the near future.

@Galapagoose Thanks for the update! So is the recommendation to keep max 6 runtime at this time and continue to use the standalone version of the MLRV application?

If that’s working for you currently, I’d highly recommend sticking with it for now!

I’m not sure if what I’m experiencing is rewire related, but I’ve just tried to get master of mlrv2 up and running on 10.11.2 with a Universal Audio Apollo Twin, and it’s crashing pretty consistently during pattern recording + input recording.

Are crash reports useful at all? It seems like this could easily be an issue on the Cycling side. Or does anyone know of any workarounds?

use the mlr 2.5 standalone. i have that working. other versions are acting very badly with the new OS. 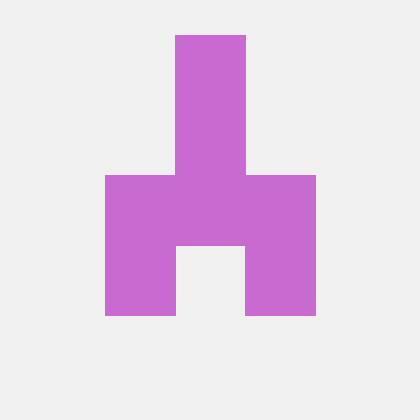 Just getting around to trying the standalone, and it’s pretty hopelessly broken with my sound card. The item CoreAudio Universal Audio Apollo shows up in the menu, but when I select it, the menu indicates that I’ve selected ad_rewire instead.

Unsurprisingly, I’m also not able to see any input levels in the +SAMPLER tab, even if I select the devices specifically