Is there anyone in this thread that has an oval synth they could measure for me… width: left to right, and height: top to bottom? The depth of the boat isn’t much a concern. I think I may try and up my woodworking game in a few upcoming projects. I plan to use this image as a base for constructing a template, but I can’t seem to find any size info on the interwebs. It would be very much appreciated.

Also, just because I was curious and had the tape measure out, the holes for the knobs are 3” with the knobs themselves being about 2-7/8”.

Thank you! I appreciate the break out of hardware.

When I initially opened this file in Photoshop, the document was roughly 16X5, which seemed like a feasible measurement. That said, the file was saved at 72DPI, so it could have gone anywhere from there. I only recently had an idea for how to mount pots that will accommodate wooden knobs using FR4 screwed flush from inside the panel, which would sort of mimic Peter’s PCB design for these synths… have yet to try it out though.

Regarding Mourning Dove circuit:
Can I replace the 10nF cap that is connected between pin 8 of the 2073 IC and GND with a different value? if so - what value recommended? 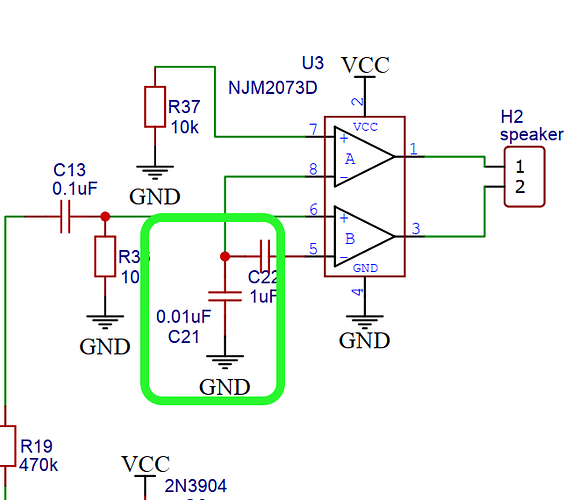 Should work anywhere from 1uF up to 10uF in BTL configuration!
Sorry for the delayed response

I’ve been reading upthread about folks using the MQ Voltage Memory to quickly switch tunings on their Sidraxes. I’m wondering if this is possible to implement on the Sidrazzi and Tetrazzi circuits. On the Sidrax I’ve read that the VM connects to the master pitch node to achieve this, and without having looked at the Sidrazzi/Tetrazzi circuits with this in mind (just pondering this while at werk for the moment), I wanted to ask if anyone has attempted something similar, and/or where to look on the Tzz/Sdzz pcbs to find the master pitch nodes. (I would assume that they’d be on one side of the master pitch knobs)

Far as I’ve seen no one has documented that particular mod. Peter has given many suggestions for mods for Tetrazzi in the diy build manual, along with ideas for sidrazzi on his blog 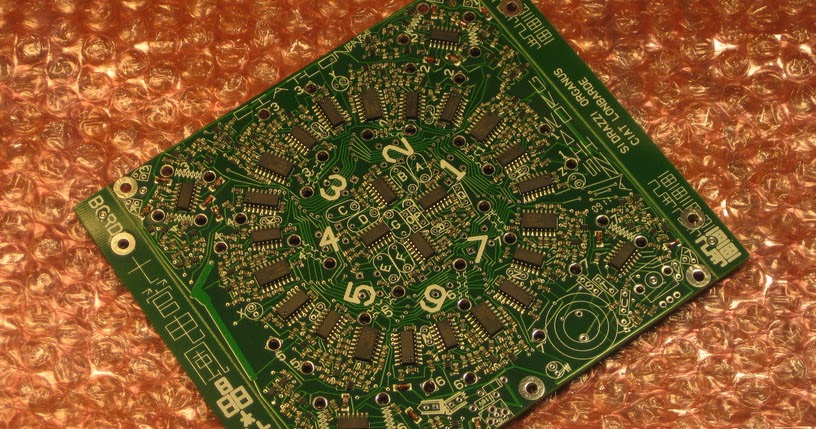 There r Seven Oscillators. Each one is labeled with a number. But first we will cover capacitors. If you don't know how to solder, ...

Also Pugix has documented his progress, but I believe it’s been within the mods Peter suggested. .

I just picked up an oval Fyral, touch banana ed., and I experience some weird ground issue where the power cuts out if i have connected the Fyral to a unit (in my case a Coco) via both ground and audio out.

So, I have power connected to both (have tried both same and different circuits, but no difference). I have Fground connected to Cocoground, and Faudioout connected to Cocoaudioin. This results in a dead Funit. Disconnecting ground or audio will make the unit come to life again like nobody’s business. Running the Fyral on battery will not kill it, but make it power starved i guess? Half led strength on the diode.

I would like to try some patching between the units, but this seems strange.

Am I missing something?

If you have them connected via a 3.5mm TRS cable, you already have them grounded, so there is no need to ground the units via their black ground jack.

Original FYRAL and SRINE Oval used to have speakers as well as an onboard 9v battery compartment!
They are super fun when running with a low battery!

Do also note, Oval Shuts down after a bit of time after no use, at least the SRINE does, and you need to tap the SH’MANCE button to turn it on again!

Thanks, that was a suspicion I had. Just want to avoid making any obvious errors, or fall into any misunderstandings.

The Fyral seems to sustain, at least for a while. It doesn’t only generate sound with active use like Srine.

@luketeaford - would you mind trying the same thing to see if yours shuts off?

Sure, but just so I understand-- you’re asking me to NOT play my new synthesizer?

I gave it a go plugged in and on 9V battery this morning and couldn’t get it to shut off automatically for “non-playing”. The light stays on no matter what and if it’s making noise it doesn’t seem to shut off. There’s a range where the oscillators will quiet down depending on knob positions but I think it’s just VCA closed or barely open rather than synth off.

Luke! Not that, the ground thing that I’m describing above.

Just wanna see if yours shuts off with a TRS connected from say, a coco, or pb, as well as the ground jack (black banana)

Nope, mine stays on when I connected ground from PB2 and TRS also from PB2 to Fyrall.

@crucFX For my knob problem on my Stuber. Patch Point agreed to fix it. They took care of everything. I just received it today. They replaced the two knobs and everything is well fixed, but the Stuber was second hand and not in my name and they didn’t say anything. That’s cool.

That’s excellent!
This is the second I have heard this year of them repairing and servicing a used unit with no questions asked!

That is so great to hear, hopefully it shows that they are taking things a little more seriously this year!