it seems there is been more moderation lately where new topics get merged into existing topics. often it’s warranted (especially for gear related questions), but it feels like it’s now being applied too broadly.

one example: this post was a separate thread. then it got moved to “touch sensors” topic. while it’s somewhat related i don’t think it really belongs there. moving it didn’t benefit either topic, and the original post deserves its own thread imo.

i’m curious as to why this is being applied more now, is there some benefit to having fewer but longer threads? the only benefit i see is having all related information in one place, however it’s easy enough to link a post in another thread. in the norns moderation thread we actually agreed mega threads are not helpful. then why do them for other topics?

one more thing: when a topic gets modded there is a history of changes, so it’s easy to see who changed it and how, which makes it easy to follow up with the admin who made the mod. this is not the case for merges. is it possible to show such history for merges somehow?

Yeah I agree with that sentiment that a lot of the merges make sense and help reduce redundancy and clutter, but a few others have felt much too forceful - diminishing a fresh focused topic of conversation to a broader megathread which is oftentimes several years old and only related in passing to what the thread-maker had in mind when they created the new thread.

i do try not to start meaningless threads up here. and the one i started was meant as a thread dedicated that would likely grow a lil over time. i respect the other thread but it wasn’t my intention to join those info/thoughts. and i would say as well that if moderators do feel like changing peoples actions is what they want to do that they could at least respectfully notify of said changes.

all that said, i love it here. it is the best community online i’ve ever encountered and i am completely grateful to be here and to interact and such wonderful folks. so, thank you moderators for all you do!

agreed this place is the best!

Speaking as a heavy reader, I much prefer more granular, specific threads to the megathread approach.

I actually prefer the huge topics a lot of the time, weirdly? the collected history of the forum’s thoughts about the topic are almost always worth a deep trawl

I actually prefer the huge topics a lot of the time, weirdly? the collected history of the forum’s thoughts about the topic are almost always worth a deep trawl

Works better for some threads than others. Which is kind of the point. Applying a one-size-fits-all approach is ham-handed. Some threads need to be tightly focused and granular. Others are more of a continuous narrative. Observing the difference is key to graceful moderation.

I started a thread a little while back about experimental guitarists and their approaches, but then it got moved to guitar heroes, which to me was more about general influences than processes and effectively killed my topic (which was starting to turn into a discussion) dead in it’s tracks.

Backed. Wanted to make a thread asking people about their favorite software synths, particularly with grids, and experiences and comparisons, but haven’t made it because I was worried it’d just get merged with the favorite plug ins thread and not much would come of it. I understand trying to avoid redundancy but it can also feel confusing about where that line will be drawn. 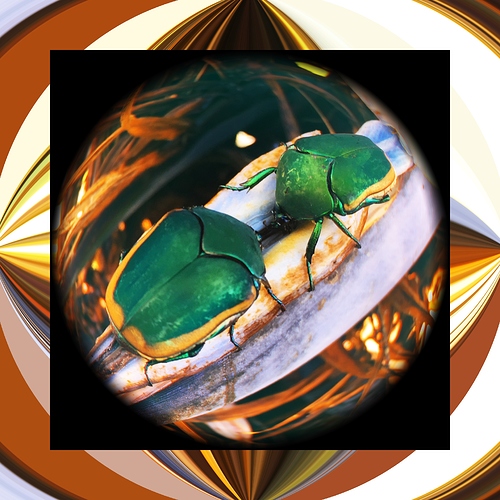 I can’t speak to the specific threads that triggered this post, but I like the approach of merging/filling better than the typical Muff Wiggler “use the search function n00b” response to almost all new threads. The relative freedom to merge and split topics here feels like it gives room for new users to ask questions naively and for longer term users who know the landscape to move things as appropriate.

Maybe mods considering moving a post can ask the OP with the suggested destination? Not as like a RULE or CoC thing, but just a courtesy guideline, subject to human error but a step in the right direction?

True. Really it should be a human judgement thing, not a rule. Some posts really obviously should be merged elsewhere, some less so.

It might also be a terrible idea! I am not an experienced forum moderating in this or any community.

I’m glad for the feedback here because merging/splitting topics is usually a complicated decision to take and it’s not always clear how it should best be done.
But I agree talking to the people involved is usually a good idea.

yeah, as i said in the OP, often a merge is justified and makes obvious sense (“which reverb should i get?” getting merged into the reverb thread, for instance).

for those cases where it’s less obvious i think contacting before a merge would really benefit the forum. i’m very cognizant of the fact it could mean mods having to spend more time, but it might also save time if a merge has to be reverted. another point to consider - when somebody posts a new topic, they might save some thoughts for a later discussion, which could move it in a different direction (same applies to categories too), so a first post might not necessarily reflect the overall topic. a conversation would clear this as well.

more importantly though, not everybody is comfortable contacting the mods. which means (as is evidenced in this thread) that some people might not feel like posting or contributing to a discussion anymore. i think we all feel strongly about lines being one of the most welcoming online communities. i’d hate to think that some people would not feel that way, and instead of expressing it they would just withdraw quietly.

If someone feels the need to, anonymously, merge/delete threads and move posts, would it be at least possible to notify the concerned member if there is not enough time to bother about asking beforehand? Honestly, wouldn’t this just be polite and respectful behavior to other people? Yes, I think it would.

Coming back and not finding the post you might have put some work in last night leaves a very unpleasant and discouraging feeling. It certainly would not if there was a quick note by ‘someone’ saying something like: “Look, I thought your topic would be better placed here for that reason - what do you think?”

EDIT: Also, how about some kind of hint in the newly allotted thread that the moved post was not intentionally meant to fit in its context in the first place? You are doing strange things to communication.

First and foremost: This is the best forum about music, art, technology and lots of other important topics I know. So kudos to the moderators: seems like they’re doing a great job!

I agree with @scanner_darkly though that sometimes merging topics makes them too broad. For instance there’s New to monome and modular: ask questions here – but I think separate threads for “New to monome” and “New to modular” would make more sense. I can imagine that lots of monome users would be interested in answering monome specific questions, but don’t have the time to read all general “New to modular” questions.

I also agree that notifying the OP when their topic was merged would be helpful. It also happened to me when I was quite new to this forum, and my first thought was “Oh, what happened to my post? Did I do something wrong? Did I violate any rules I wasn’t aware of…?”

Not wanting to pile on here but here’s a good example of exactly what you are talking about:

Yeah, I tend to see it as a separate module and that would give it more visibility (and perhaps that was the intention behind @chysn’s post, it can certainly be read that way). As one of the original o_C devs I’d also be a bit adrift without muffwiggler (even if development has slowed, except for a few things in the pipeline). I’ve been lurking here but - for lack of better phrasing - it’s not entirely my scene.

New topic started about Hemispheres, likely merged into the Ornament and Crime thread and the author, a new user, ending up confused about what happened.

Just wanted to say cheers to @papernoise’s moderation in the “Just Buy a Computer” thread. I know it’s likely much more work to operate that way, so I don’t expect it every time, but I appreciate it.