After watching Daedalus’ talk at Switched On [https://www.youtube.com/watch?v=XZjeR7eLyWU] I became very interested in how his modular setup ISN’T a synthesizer. I thought it would be valuable to create a thread to share ideas and actualities of modular systems that aren’t synthesizers.

Thanks for sharing the video, I hadn’t seen it.

I’ve also been thinking of putting together a dj system with the modular, but based on feeding stems from a laptop via an ES8. Using an STS is interesting, but has a lot of drawbacks as well (mono only, no way to cue, no way to browse a big selection of tracks). The main things holding me back is cost, and the ergonomics of eurorack: a proper dj mixer is about the same size as a 6U 84HP, fitting all that functionality into a smaller space means big sacrifices in usability. What I’ll probably end up doing instead is adding a four channel effects rig to my existing laptop and dj mixer setup.

If you follow the discussion from this post in the pictures thread, there’s a very interesting use of a modular as a non-synth device.

I’ve been working with a modular designed to function specifically with a computer and Max, through an ES8: 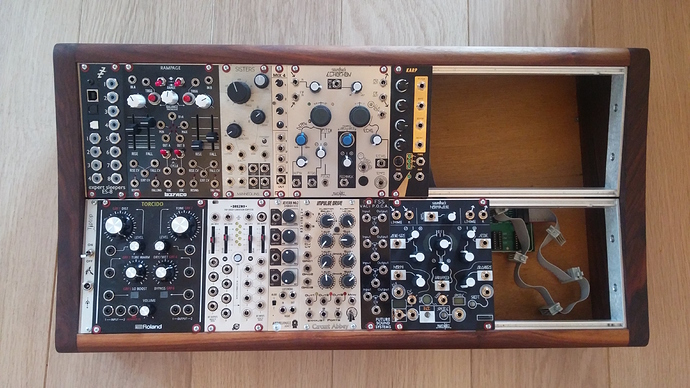 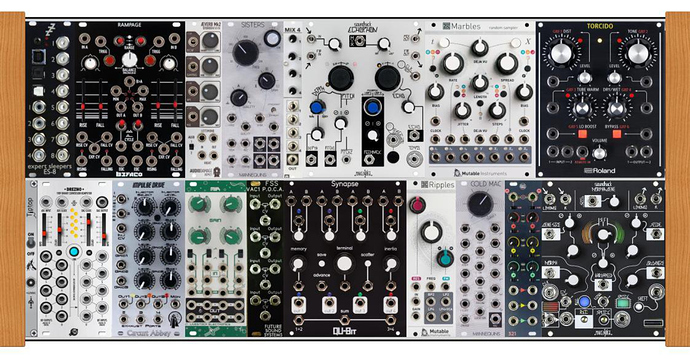 It’s been about a year now, and I’ve found it super fun and productive. Trying to think along the lines of eco-systemic composition between computer and modular… 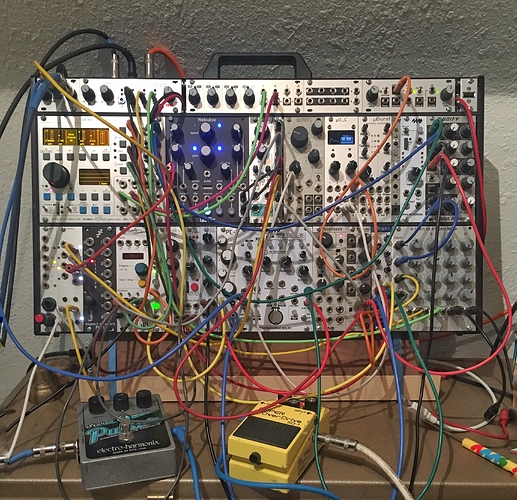 I think a box like this as a kind of minimal DJ rig would be very fun.
I’ll probably build something like it one day.

So, no more Rainmaker?

YES Rainmaker. the version above was for a quad show and I reconfigured a bit to fit the matrix mixer and a few other pieces in. I’ll have to update with a more current variation.

out of curiosity there a particular way you use rainmaker usually? I loved the resonant sounds that were in that one video you did once

I use it a lot of creating long delay lines with spatialization and pitch variation effects.

I’m in the process of separating my rig into two cases, one full of Synthy McSynth, one full of Effecty Effects. This is mainly because I’ve over-complicated my live set-up far too much. My last two gigs I had trouble keeping everything in tune and in sync-, and I kinda felt like “Man… I used to love just dragging a tiny mono-synth with me that just worked, but I just love access to all my modular effects”. Then I realised that the two weren’t mutually exclusive (like, duh! but it took me a while).

So next gig I’m going to try taking my MicroBrute for with this skiff: 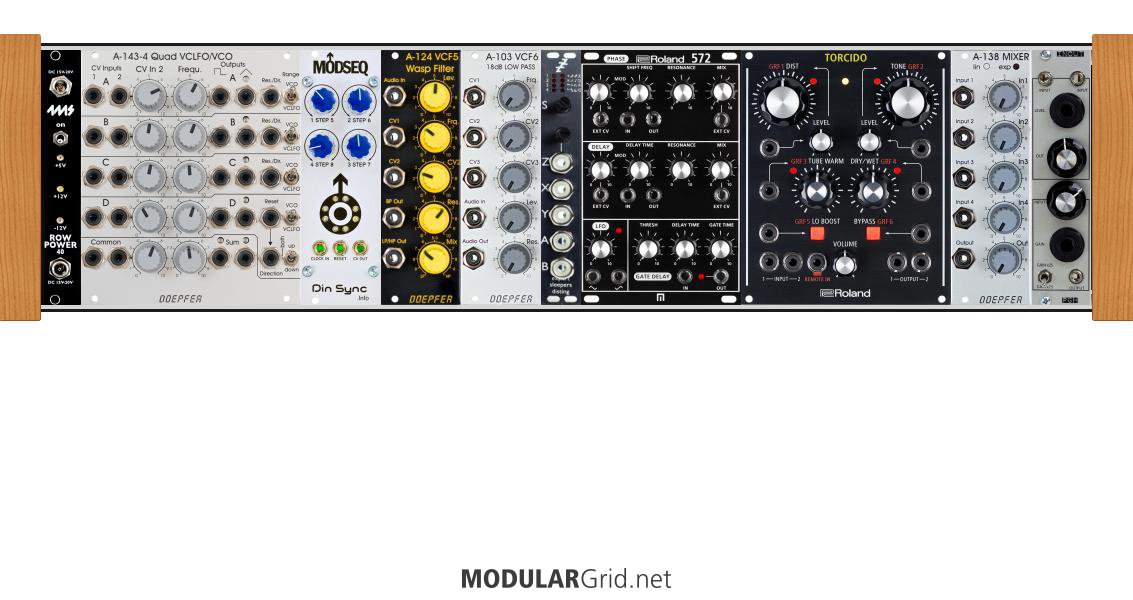 Something I’m thinking about currently is to use the modular as a sequencer for computer based stuff. So the core concept would be to push cv to the es-8 and translate it to usable data in ableton. Nothing revolutionary but different from the “modular as effect box”