I’ve not found anything via search on Lines, so I thought it might be a good idea to bring up Modulisme, a French-based radio show with a focus on modular electronic music sessions, featuring many familiar and unfamiliar names. It’s curated by Philippe Petit, who has just joined Lines (as @Modulisme) and will no doubt be able to tell you all more.

(Mods: please move this if it belongs somewhere else).

OH this is very nice of you to help spread our word and thank you for inviting me to the community as I’m looking forward to exchanging with many likeminded passionates… I have started that platform to document the genre and draw attention upon the composers who make it strong. My main purpose is to offer some music, in hope that you may like?

Your media about modular synthesis

Long time no see. This looks great. Would love to take part sometime…

Hello Adam, indeed it’s been years, obviously that may happen when we both live at the other end of the world of another

There’s more @Modulisme at Freq, with an all-new interview and two-part session from Philippe about his ongoing explorations in the modular world.

Next up in the Freq series of @Modulisme interviews is @robinrimbaud, AKA Scanner.

Thanks for your support!!

Gino Robair has played percussion nearly his entire life and began working with tape music and synths in the late 70s. As a composer, he has written concert works and music for television, radio, silent film, theater and dance. As a drummer/percussionist, he recorded albums with Tom Waits, Anthony Braxton, John Butcher, Derek Bailey, Otomo Yoshihide, Fred Frith and the ROVA Saxophone Quartet; and performed with Nina Hagen, John Zorn, Thurston Moore, the Thinking Fellers Union Local 282 and Wadada Leo Smith. He is also a founding member of the Splatter Trio and Pink Mountain. With the Club Foot Orchestra, he accompanies classic silent films. Currently, he plays in the trio Tender Buttons with Tom Djll and Tania Chen.
To record our Modulisme Session he has been using 3 different systems: Serge, Bugbrand + various Eurorack in a suitcase… And there is no doubt that his luggage bwas well-repaired, enjoy the trip.

Todd Barton speaks to Freq about 40 years in modular synthesis and his @Modulisme session.

so proud to have released that one:

Modular synthesis “excels at a fundamental goal of mine — to use sound for its own sake, without an undue relationship with any specific genre”.

The newest interview in the Freq cross-collaboration with @Modulisme is with Doug Lynner, and can be found here.

Great stuff guys, really digging the sessions and the interviews! I think it would new very interesting to have the interviews also recorded just like the live sessions. Just an idea. Keep it up! 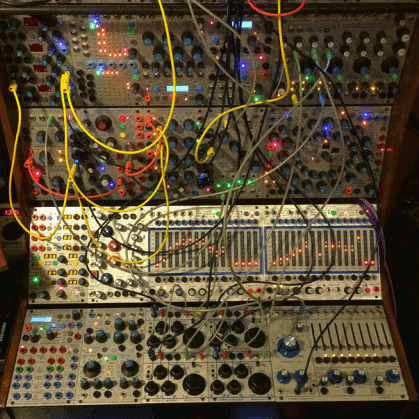 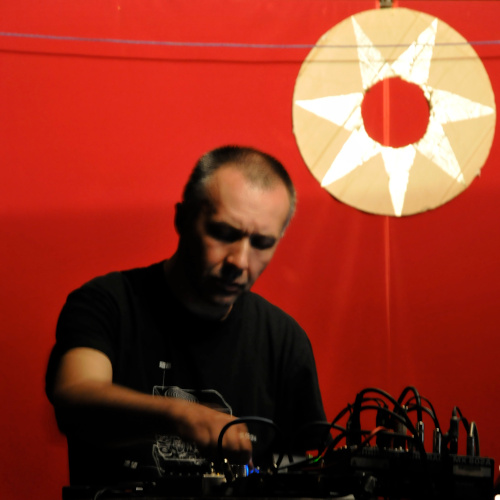 “It was very inspiring, but looked too fantastic for our Soviet reality”: Alexei Borisov on modular synthesis and his session for @Modulisme.

Allow me to share Batchas who started to play electronics and experimental, industrial music in 1983 using analog machines. The way our world vibrates always fascinated him and today he enjoys very much every ephemeral moment spent improvising on his modular systems, whether it may be EMS, Buchla, Ciat-Lonbarde, or the great SERGE system he used for our session…

i have been friends with batchass for many years we shared a bunch when i was in grad school and he streamed his set [in 2010 to our theatre space in RT
Bruce!

Can we have just one thread on these?

not to mention he also makes some special modules for the bugbrand community under the scrotum lab moniker. i have the pleasure of owning some.

RODENT is sculpting soundscapes which defy categorization, in a way Post Industrial, IDMish, melodic vs. Dark cinematic but above all those labelling facilities his music is subtle, entertaining-moving, very organic.
Eric Cheslak has been playing a significant part in the modular explosion we are experiencing now, working for Make Noise a brand designing some of the most innovative modules, also co-founding with Bana Haffar Modular On the Spot in Los Angeles: "It started off as a small gathering of fellow synthesists on the LA river. We brought our systems, a generator, and a PA. The idea was to create a third space (not the studio and not a music venue) in which to gather, perform for one another, and exchange ideas. The event has now grown to many cities across the US through local initiatives…

exactly, he is an essential actor in our community if I may say