Not sure how to make faders for the monome. I’ve tried allocate part of the grid so leds will light up as the value changes and then another set of values to rid of the leds? 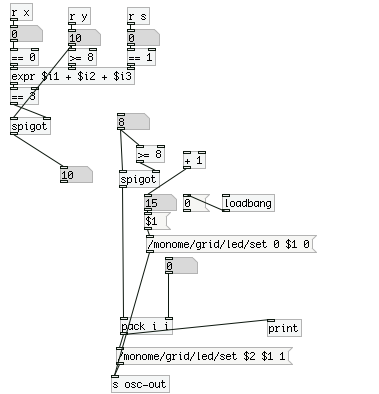 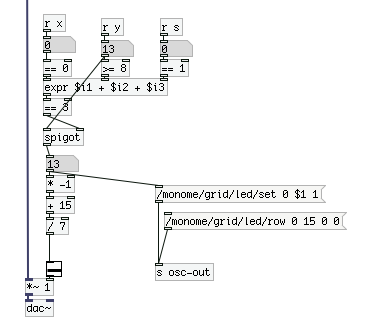 Has anyone made a successful fader on the monome. im struggling with mine. Any help would be much appreciated.
Thanks 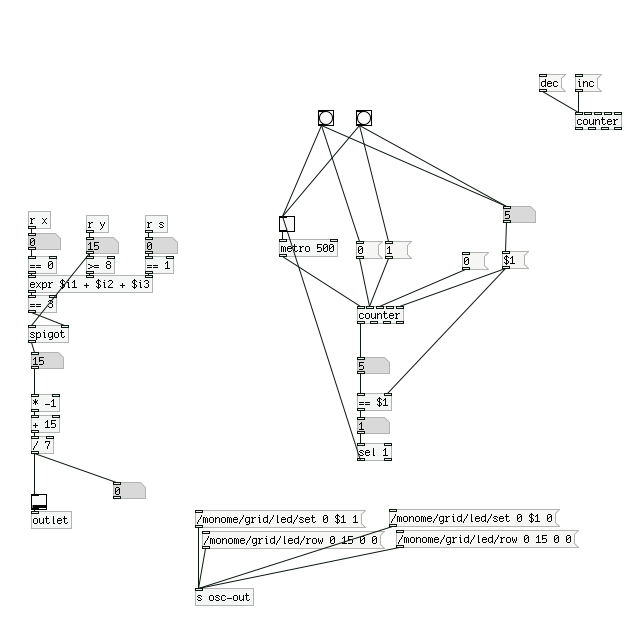 Have you seen this?

EDIT: I should clarify that I’m not sure exactly what you are trying to accomplish and I’m not too familiar with Control though I have used it in the past. Just a starting point/suggestion.

This evening I can post an example from a patch I wrote. You’re just trying to take a vfader and sync it’s current value with the monome, right?

correct, yes. That would be great!

what’s going on inside of it is that the state update for the faders is decoupled from updating the LED display.

sidenote, i noticed you posted a couple threads with some PD questions. you might get better results asking the questions in the PD thread 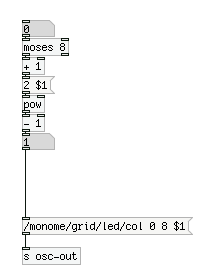 I’ have a fader that I need on the 0th column, I can light up the LEDs but when I want to go down in vol the LED’s won’t turn off. Can someone point out show me how I can be adapted for that to work?

Are you talking about using a Grid ?
Max/MSP ? Norns ?

Sorry I forgot to share the patch FaderXuuki.pd (8.7 KB)

I’ll try to have a look tomorrow. Bonne nuit

Any help I much appreciate thanks!

Sorry to disappoint, but I am in a rush and my PD installation is not ready on my machine, so I won’t have the time these days.
Sorry.

Oh? I guess thats the end of the that?

Well for anyone else this almost works: 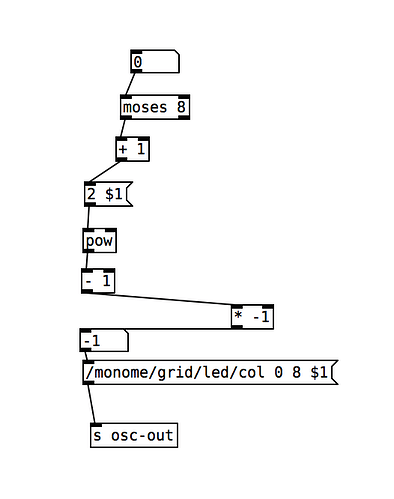 perhaps theres something wrong with /monome/grid/led/col ? … what is also confusing is that the same col will still turn the volume up and down so the pd patch knows the monome is there but no feedback from the leds!? 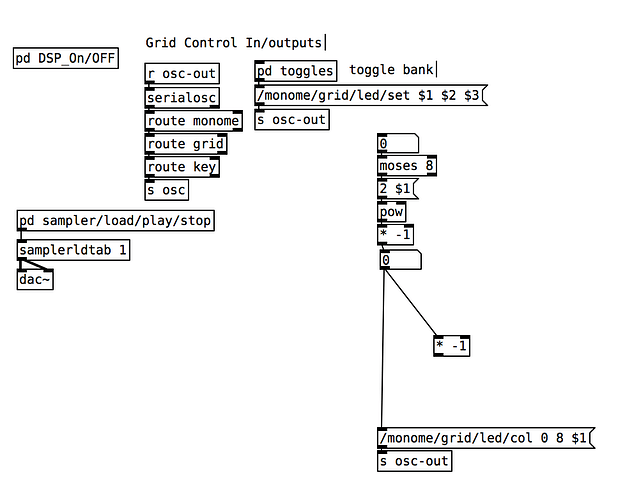 Might it be because theres, not enough power from the RPI unless you use a hub?

if i add one the led on the monome doesn’t recognise this?