mothership is back at it.

the all-in-one producer’s kit, featuring mlr-style sampling, 64step-style sequencing, with a fully illuminated keyboard allows you to step away from the computer and find your universal rhythms and tones. built for monome 40h and arc 2, but can function on any monome model (and the arc is not necessary to enjoy mothership, if you are without). 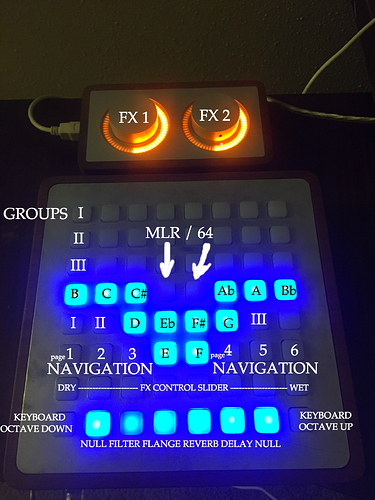 please enjoy the latest update to the Phantom of the Chakras suite: 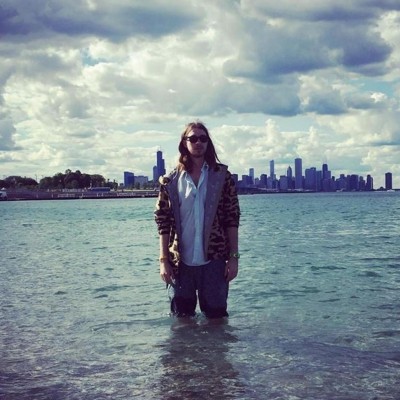 An all-in-one monome utility. Contribute to daeclan/mothershipv3143x development by creating an account on GitHub.

i’d highly/highly/highly suggest hosting your project on github. it will ensure better foreverness as forums can be transitory.

thanks so much tehn ! means a lot.

i got lost trying to figure it out alone—roommate is going to explain it to me in depth when we both free up some.

i’m on the artist side more than the programmer side so the concept of branches and “not uploading” but instead committing was one of the most outdated/ludditey moments of my adulthood. downloaded two apps, read three tutorials and still was grasping at digital straws.

working on it, for sure ! hopefully by mid-week next week, but my macbook screen looks like a glitch.art project at the moment.

(UPDATE: 12/19/2015) edited the first post to be a bit less overwhelming, and to add the github link !
i saved the post, and re-posted it below for anyone trying to get a better understanding of where mothership is at and where it is headed. there’s also a zip version, if you get down with that.

mothership in an all-in-one music making device inspired by two of my favorite artists, SAMIYAM and Panda Bear. both those dudes use a 303 to perform, and since i didn’t have one, i built an app that makes it possible to do similar things.

there is still a ton of work to be done here, but my macbook’s display-ribbon is shredded so i can barely see my typing this (please forgive the sloppiness of the aforementioned visual map-out, too. looking at the screen is mildly-head-ache-inducing at the moment).

this is a beta-release of sorts. it’s stable, but the aspirations are way higher. the MLR piece has none of the defining characteristics that makes tehn’s so amazing/versatile. the FX control is functional for all but the reverb [it seems like that effect is locked into making a weird tinny sound and i tearing apart the effect is out of the question til i get a new screen/computer].

what i am hoping is that i can find some homies to help me build this app stronger, better and more user-friendly. it is close to my mind’s eye (in form and concept) but i’d love to make the MLR functionality next-level (drop a sample & it load automatically), the FX to be more responsive & exciting (both for the arc and the grid), and to bring the interface into a more intuitive & user friendly. i’d also love to adapt a 128 version, and release an arc-dependent version and a non-arc version, but again, time/energy/broken computer is in the way of that quite yet.

this is a work in progress, but i’d love to share it with my fellow monome friends. especially with all this talk of the arc getting another run, it’s time to start building something beautiful better. thanks guys.

oh man. i’m in. thank you, i’ve been looking for something like this. how can i help as a user with no max knowledge (yet)?
edit: have a 128 and 64, ableton and aalto.

hey dan, thanks for checking it out !

i would love your help in giving it a test-run with just your 64 or 128 and seeing if you can make it make some sounds.

as far as architecture goes, i believe we are going to need a Max/MSP pro to help disconnect the MLR functionality and replace it with something more fun (i.e. mlr 2.27, w pattern recording & phrase looping ).

if you know any max/msp monsters who are bored lmk ! really want to get this Stage-Ready by the end of May if at all possible.