MOWUKIS - No Answers No (Anniversary)

I think it’s my first post in the release section, and it’s not really a release ! But to celebrate in a small and personnal fashion the 3 year anniversary of my first album as a solo act, I decided I’d post it here to make this an event with a community that really was and still is the place I enjoy most online, the one I visit constantly, the one I feel like thanking.

This album was, for me, the end and the begining of many things, and to some degree, of almost everything. It’s been made in a very precarious state, I’d left my home town, only had a few hundred euros to live each month, lived a pretty secluded and antisocial life and basically all I did for a year or so was sounds, and eventually, sometimes, some of these songs.

To talk gear a bit, but maybe not in the usual sense, I was very new to the whole Monome ecosystem then, and only used a handful of very straightforward apps like Polygome, Flin, Steps and a few older M4L patches. I remember this appreciation of monome as an open sea to apprehend and not just “gear that does this” brought me some piece of mind in a process that needed every scrap of it I could find, I grew used to the grid and its many shapes through these songs, so they’re also, to me, the beginning of the journey of connection and musical discussion that’s still ongoing with this community. Still at the time I remember not really feeling legitimate enough to share it with you all, a bit overwhelmed still, and maybe less at home here then than I feel now.

I value what I’ve learned then and what I’ve learned since a lot, I also value this place that still makes me want to share my thoughts at length when most everywhere else I don’t have the energy anymore. I’m happy of the 3 years that went on since then because they took me to places I never thought I’d get to see, and allowed me to do those things, ever so slightly, on my own terms. And somehow, a lot of this is a little thanks to you.

This was a little sentimental I know, but I think I should embrace that about myself ; that I’m a little sentimental. So here are 30 download codes to celebrate this personnal victory of releasing my first album on my own, 3 years ago this day, with the people who made “on my own” feel so pleasantly crowded, lively and inviting.

Redeem at this adress : https://mowukis.bandcamp.com/yum

Here’s the artwork made by my friend and collegue Angèle 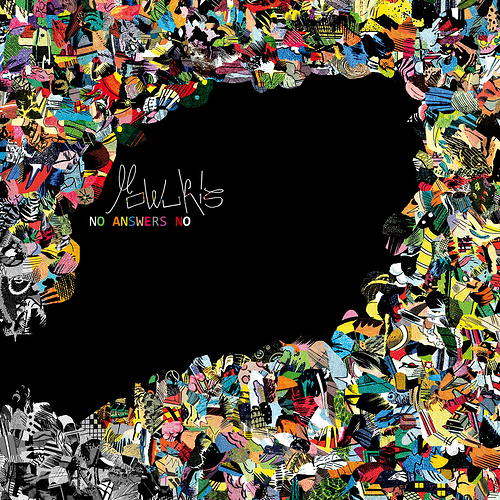 First time I have used a code…

Very kind of you to share, I look forward to listening!

it’s about time I gave a tiny little something back to this community since I don’t offer much code or videos of myself patching stuff or anything else really! Bandcamp codes are a very nice way to give permanent position of both the digital album and unlimited stream, and my music is not and won’t be on Spotify as long as I can resist it so that’s my prefered way of giving access to it.

Very kind of you to share this! It’s a wonderful album!
I’ve used gtq7-hevt
Also thanks for sharing your story!

I remember that video from somewhere. I guess you posted it to the “latest tracks and videos” thread some time ago, didn’t you?

Yes I did ! I tried to share it aaaas much as I could, it was done with so little budgetwise that I felt I really owed it to Titouan to push it everywhere I could as I didn’t have the marketting muscle to make it a big dramatic reveal or something. It also happen to be the music video I love the most made on/for my music so I really wanted everybody to see it !!

Thank you for your kind words