Music or not? Works that explore the boundaries between music, sound and silence

Continuing the discussion from Definition of music?:

I was thinking to make this thread for a while. As i have my own radio show now, i’m very interested in obscure and weird music to discover and share. Or music that won’t be defined this way by a majority of people in (western) society’s.

So share and discuss your most obscure/weird/challenging musical discoveries here please!

I will kick this of with this one from richard devine. not obscure in the sense of unknown, but when listening to this i ask myself the question: is this still music? is this the future of music? do i like this?

edit: upon further reflection, is the question of if something is or isn’t music worth asking? must we ask instead: how do i experience this work of art?

Nice initiative! I’m also drawn to music/sound works bordering onto the dis-harmonic and dissonant. The undefinable and obscure appeals to me on another level. “Noise music” for example can awaken another spectrum of thoughts and feelings than ‘linear’ music. I’m especially drawn to textural sounds.

Starting off with some favorites from the Swedish tape noise scene:

oh thanks for opening this thread !

“However, as long as this desire exists in us, for new materials, new forms, new this and new that, we must search to satisfy it. I have, for instance, several new desires (two may seem absurd but I am serious about them): first, to compose a piece of uninterrupted silence and sell it to Muzak Co. It will be 3 or 4 1/2 minutes long–those being the standard lengths of “canned” music–and its title will be Silent Prayer. It will open with a single idea which I will attempt to make as seductive as the color and shape and fragrance of a flower. The ending will approach imperceptibility.”

I pretty much don’t actually care for music, in all honesty. I mean, obviously I do (why else would I even be on this forum?) but I’ve come to realise that I don’t like explicitly pattern-based music. The problem is, most people define music by its use of patterns, so most of what I listen to in my own time is the kind of stuff you’re describing (“not really music though, is it?”).

To answer your question, I don’t personally care about whether sound is music or not. I just enjoy the act of listening. Defining something as “music” only has meaning in how other things might not be described the same way. But people go to pop concerts for very different reasons than they might go to a free jazz concerts. Their attitude is changed by that context and it follows that the way people listen to birdsong is different than both of those examples. But still, one can appreciate listening to all three, so why does it matter where they draw that distinction of music/not music?

I’m really enjoying both this and the «definition of music» thread. My interest in experimental and «noise music» has kind of peaked the last couple of years, especially after I met my partner which works with the Ultima Festival (check it out, a really cool festival of contemporary music and arts in Oslo). She has introduced me to so much fantastic music and a lot of unique performances. I still find that noise, micro tonal, atonal and other experimental forms of music works best in a somewhat familiar context (to me, the subjective listener). I’ve been listening a lot to Tim Hecker the last couple of months. His collaboration with Daniel Lopatin is also one of my favorites, as I’m a big fan of OPN.

I would like to just recommend «Customer» by Collections of Colonies of Bees too. Maybe not the most mind bending stuff, but I find that record to have a really nice balance between harmonic/melodic content and chaos/noise.

A little taste of the goods: 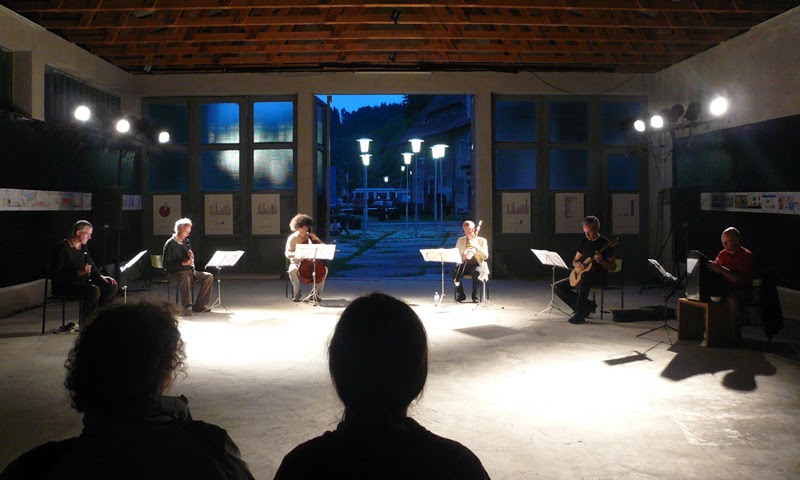 Bernhard Günter enters into the realm of boundaries between music, sound and silence.
(Of course, you could add a whole list of other lowercasesound artists to this also)

And then there’s Maryanne Amacher. Some of my favourite falling asleep music. Her use of extremely long fade outs in particular fits in the space between music and silence. I love the look on Thurston Moore’s face when she’s playing him her music in this video!

a good resource for obscure things:

@nuun thanks for the links
@slopstream thank you so much for pointing to knud viktor. i have a lot of respect and admiration for his approach to ‘non-music’ (for lack of a better word)

Wonderful article, thanks for sharing

My ears were opened by Alan Lamb’s large-scale aeolian harps.

After working with Lamb, I made recordings of ‘the wires’ he set up on the property where I was living.

How about “non-music” and performance/performativity - live or in other forms, any thoughts on this?

I know there’s a lot of contemporary dance — butoh working with sound art, etc. Also theatre which incorporates and investigates different and alternative perspectives of sound through performance. Noise music (in lack of a better term) sometimes also plays around with the ‘form’ of live performance… Sorry for the flood! This is a immensely interesting subject for me - hence the enthusiasm.

Masonna live, feels like a imitation or idealisation of a “rock”-gig:

Rie Nakajima and her sound installations:

Otomo Yoshihide with 2 turntables and a mixer: