Hello one and all.

A few years ago a friend and I started a wee side project to make a bunch of songs while he was staying at my house in between moving up to Scotland from England. Over the course of a week we recorded an EP using a bunch of different synths, guitar, bass, and some programmed drums. It turned out fairly well, but we didn’t think too much of it until we started getting offered gigs by decent promoters, and err… well, we weren’t a real band.

Fast forward to now, and we’ve got a real band, complete with a drummer, and just released our debut album. WYLD is a collection of 10 tracks that mix fizzy 90s guitar sounds with a tinge of electronica… It’s a combination that I like a lot, so hopefully it’ll be of interest to some folks here. Think Jesus Lizard with a modular.

It was a true nightmare to deal with this over COVID, as we had to postpone the recording… and the release date… and a DIY tour we had planned. However, there was a silver lining, as it meant that we could spend a lot more time writing and recording than we could have originally.

You can listen to the album on Spotify etc… Or find it on our Bandcamp.

We had a limited number pressed on rather fetching orange in a beautiful double gatefold, which I’m rather chuffed with. Have a swatch. Thanks for listening/buying! 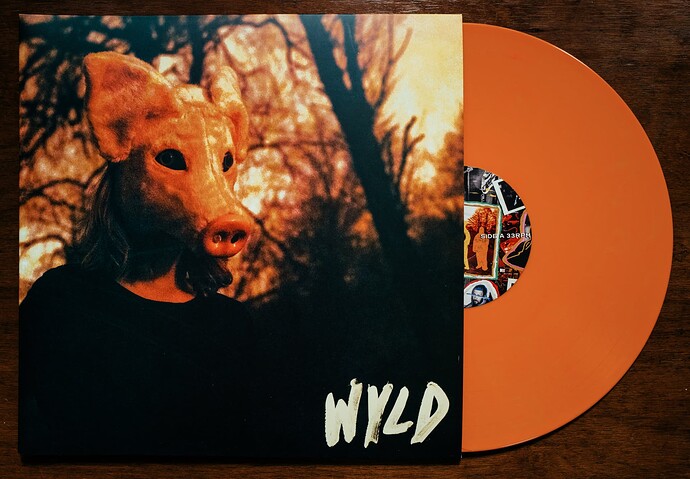