Hi everyone. I’m writing here to share a release called Vestiges that finally saw the light of day last month. Sharing it here because a) I think many of you might dig it, given the things people have been so kind as to share on here; and because b) this forum has been a source of inspiration and companionship throughout lots of the making of the album, in particular the last couple rounds of (often suuuuper tedious, if we’re being honest) tweaks and finishing touches.

I think what occupied my mind the most throughout lots of the process was form: trying to let the materials themselves lead the way and suggest what needs to be done, while also trying to like geeeently push myself away from some of the formal shapes and ways of handling energy across a track that I tended to fall into in the past. Trying to build little habitats for the intuition to run free and do its thing without just resorting to the same tricks each time. But anyway, yeah: form! It’s totally the most interesting part of making a track, I think. Especially when the germ of a track is most often a tiny little sample that doesn’t last more than half a second or whatever. The tension of finding a way outward from there is exhilarating and exhausting and totally maddening sometimes. But more and more it feels like it’s where the action’s at. I feel like I managed to build out a decent variety of structures across the album, though I’d be super curious to hear how it comes across to other ears.

Some of these materials that formed the basis of these tracks had been floating around for years before finally allowing themselves to be shaped into something and sent out to the world. I remember having the organ riff from “Anno” on a laptop with me during a cross-country train trip back in, like, 2014?! After which it was consigned to some sort of hard drive oblivion for years before being found again. It feels good that it, and the others, are out. Feels like some of them almost didn’t make it, or were just destined to bug me until I gave up on them.

Of course there are definitely a couple tracks here where I feel like I didn’t quite get it right, like there are some mistakes in the recording, composition-wise. What can you do, right? Very thankful that my good friend Kate, who mastered the album, rightly told me to leave it alone and let it be. Which is super hard for me (and lots of us I’m sure) to do, because it’s easy to go on tweaking until forever, and there’s even some comfort in it, in not calling something done and in doing so letting it live in its private world with you for a little while more.

And yeah… huge shoutout to Ableton Simpler for more or less being the star of the show, here, haha. Seriously! I still haven’t found a tool that does a better job of just becoming transparent in that initial mad rush of chaotic expansion as an idea begins to grow into a track. Sure wish it could freely timestretch, though. I mean, come on!

I’m really happy w/ how the tapes came out, too – very lucky to have friends who so kindly offered to let me use their photographs and help out with the cover design.

The album’s on Bandcamp and elsewhere for streaming/download/purchase/etc. I’d be happy to share the files with you if money’s in the way. Happy to send a tape out your way, too, or even better, trade!

Anyway, thanks for taking the time to read and listen. I’m genuinely thankful for the constantly thought-provoking and engaging discussions going on around here all the time. It’s the best. 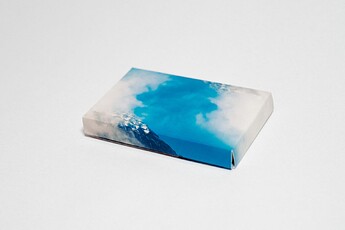 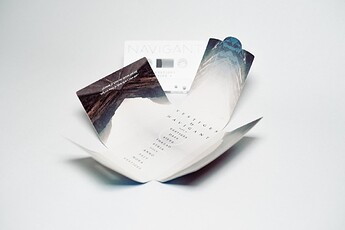