[NEARNESS] a 1U adaption 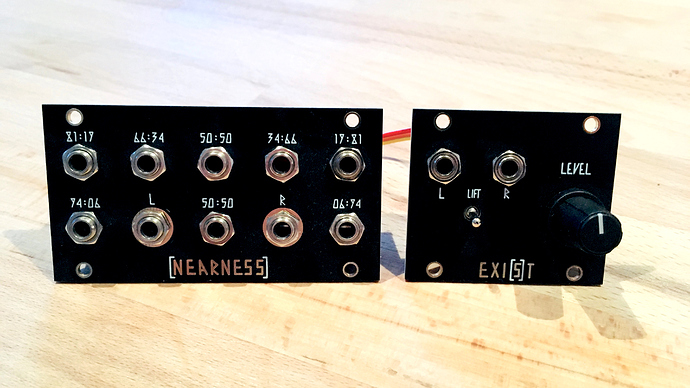 Besides it being 16 HP 1U Pulplogic format, I added a second input for center position and the output jacks are normalised to a header to the back of the PCB to connect the output to other modules (originally planned for EXI[S]T but you could hook it up to a Mixup, Hyrlo or similar). I decided to remove the output level option but otherwise the circuit is identical to the original. I placed the summing opamps on the top layer of the board between the jacks. This made it possible to make it without stacking PCBs. 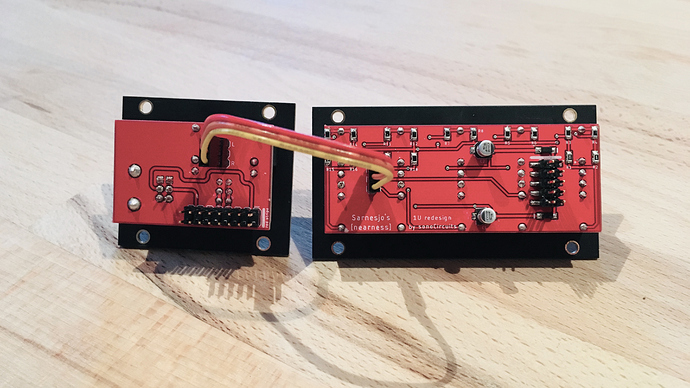 The numbers on the panel are the calculated signal ratios (L/R) according to the resistors… not sure if it makes much sense but I liked the aesthetic.

Description, Eagle files and BOM are on GitHub https://github.com/sonoCircuits/Nearness-1U

I still have a few PCB sets available and might do a very limited run. There will be a thread under Trades soon.

Wow, excellent work here! Unfortunately, I don’t have the means to complete a diy build at this stage but would love to pay for one (and/or the EXI[S]T 1u as well) if anyone was willing to solder something together.

I feel like I already know the answer to this question, but is there any way to connect the Nearness panel to the regular RIP/DIY RIP?

EDIT, just looked at my DIY RIP board, and it does’t, oh well!

Wow! This is really great. I would also like to say that I had the skills to build this diy myself, but Im not sure Im there yet. Would love to buy one as well if you end up doing a run.

Awesome job! been dreaming of this happening but in silver and intellijel format

I would love to see these go into production, even just the pcbs. Put me down for one if you do!

That is super sweet. I’d love to grab one as well!

whoaa very interested, been dreaming about this for a while

will you also do the run for the panel also? 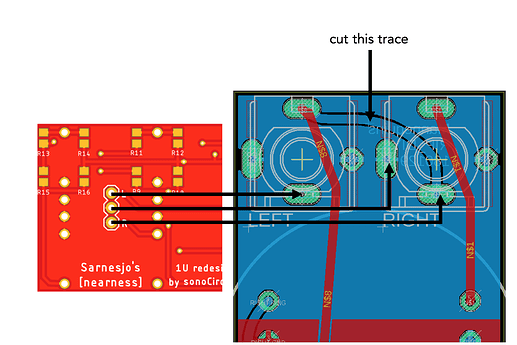 will you also do the run for the panel also

Yes, I have some PCB and Panels (which are PCBs with back matt soldermask).

There will be a thread in the trade section soon. As per forum rules I’d like to redirect all posts regarding sales to that thread.

since you mention intellijel mixup, is it also possible to hook up nearness to befaco stmix?

No, this won’t work because stmix only features an output header. Mixup and Hyrlo have both input and output headers.

ah ok i see. thank you for the info.

Panel looks really nice!
I was thinking how cool it would be to have a nearness in my intellijel 4U case just a few weeks ago, too bad the pcb won’t fit in IJ 1U space (it needs to be 22.5mm max).
I’m a noob with eagle, but if someone redesign it into an intellijel format tile i’d be really interested to get/build one

Edit : Opened it up in eagle, it looks impossible to squeeze everything enough, would need a second stacked pcb…

it looks impossible to squeeze everything enough, would need a second stacked pcb…

Yes, exactly (or at least I’m not capable of doing such a tight job). That’s why I didn’t do a IJ version.

You could flip an original nearness 90° and make a custom panel for it. It’s 3HP so it will fit nicely within the available 22.5mm.

I’m curious whether anybody has had a chance to build this yet. Is the resistor placement clear, or is some additional guidance needed? I see that they’re all labeled, but I don’t see a legend for those labels.

Start with the ICs on the top, then 100nF and 22pF capacitors, then 100K and 1K resistors. Top done.
Bottom side all resistors and diodes first, then electrolytic caps and header last. Clean PCB in between. Install the 3pin header only if needed.

Let me know if you need any help.

That PDF is perfect, thank you. Maybe I’m not looking in the right place, but I don’t see that PDF in this GitHub repo.

You are right! The PDF is from the Eagle file schematic, which is in the repo. I wrongly assumed DIY folks would automatically look for and open the eagle files… sorry about that. 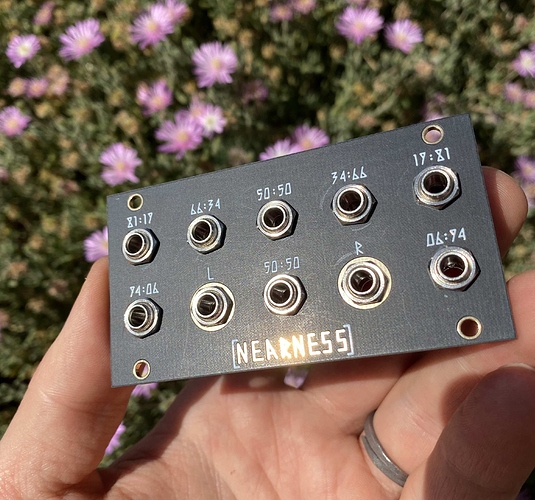 thanks for the kit, @sonoCircuit 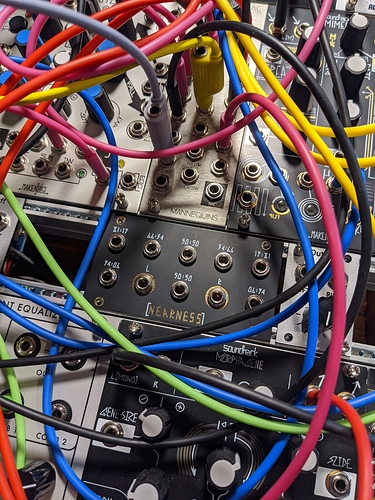