I’ve had a Digitakt for a bit over a year and it’s primarily been relegated to use as a looping device. This seems a bit wasted, since the DT can do so much more. I’m just not much of a drum programmer and while single-cycle waveforms are fun, I prefer knob-per-function with that sort of sound generation.

But what could fill it’s place? I’m not opposed to software options or more ‘DIY’ options in Max (though I’m far from an expert there).

Here are the specs I need:

Maybe such a thing doesn’t exist and the DT is it, but the DT lacks simple live looping, so that’s a big negative against it.

Do you have iOS? Audio damage Enso looks amazing. It’s also available as an audio unit.

What about a Roland SP-404A, essentially the same as the SP-404SX which you’ll find loads of youtube videos on. The only thing that might not fit for your requirements is the pitch shifting. It has some abilities in that area, just not quite as fluid as the Digitakt’s.

I don’t think any of the SPs work as a live looper. Has to be stopped/not playing to be armed to record.

Ah yes, sorry missed the live bit in the requirements.

i am working on a eurorack module like this. will be a while before its finished but its happening.

edit: i dont want to post a lot about it but its intended to be used for live performance. i make improvised techno and the idea came from wanting a way to make synced/async loops and samples out of a track live so that i can basically do a dj set with tracks that im improvising on the fly.

Following this thread ‘cause I am interested too in anything with these capabilities.

You can find a used octatrack mk i for about the same price as a new digitakt, and it does everything you’re looking for.

Maybe such a thing doesn’t exist and

Well, this seem to go with your shopping list (havent used this myself) https://1010music.com/product/blackbox

If your already able to do the looping you wanna do I would not bother replacing it. It’s such a small footprint and there arnt menu options for 4 asynchronous loops and especially if you want any midi integration.

Interesting, I didn’t know that – thanks. I remember being tempted over and over again by the sp-555, but didn’t pull the trigger, perhaps because it didn’t have the cache of the Sp303 and 404. Perhaps I should have done…

I have an SP-404 myself, but a good friend has an SP-555. We used this for live jams for a long time, before we moved to an OP-1 as a Jam-brain, and then later re:mix with grids and Ableton Live.

The “Loop Capture” module is where the magic happens, and so easy to transfer the loop to a pad(altough unfortunately not without stopping playback): 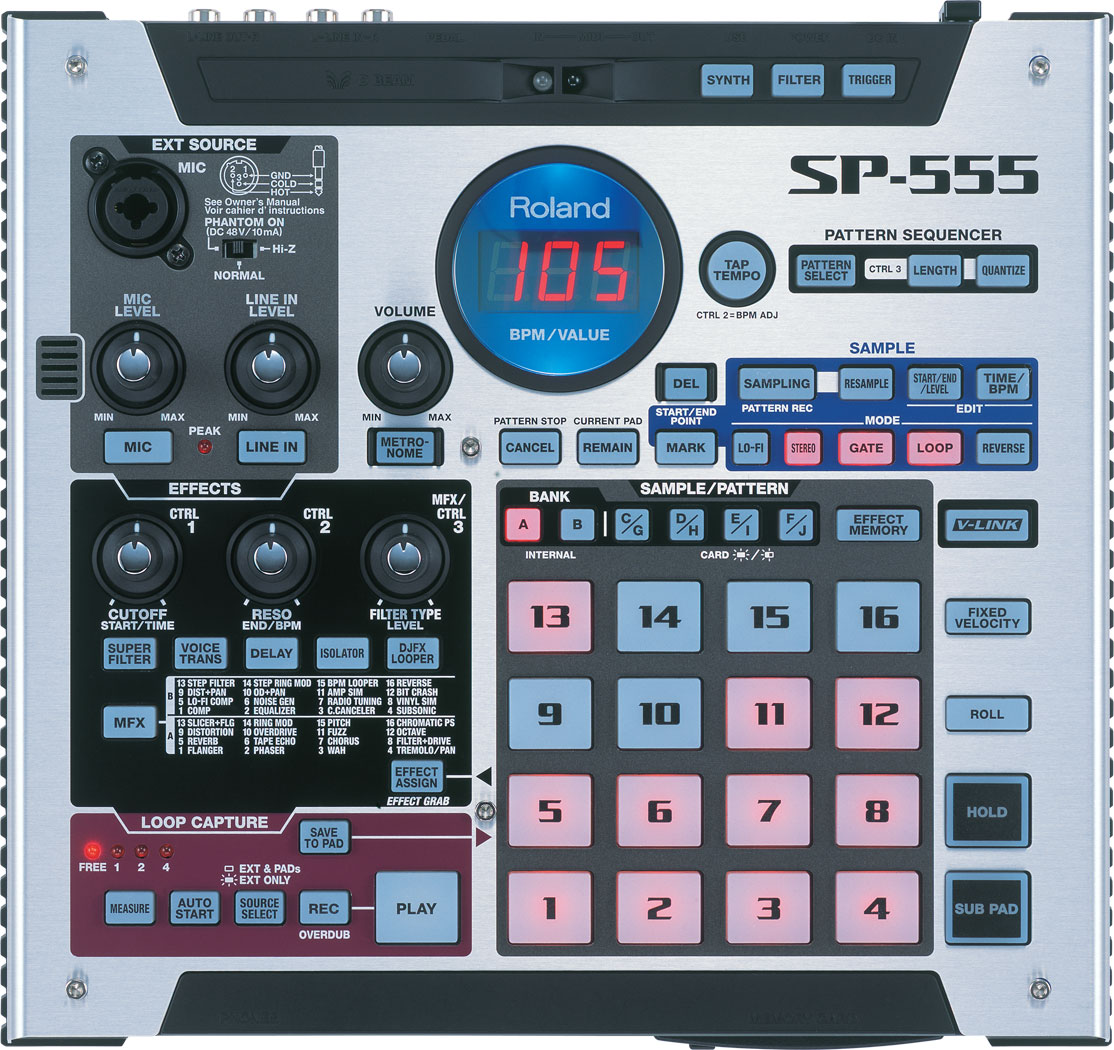 It is a real shame that Roland does not do anything new with the SP-series. The 404sx and the 404a are probably the least “updated” updates of a product.

Thanks for all the awesome suggestions. Enso in particular looks intriguing. I’ve also been looking a lot at Karma by our own @Rodrigo, and that likely could get me pretty far with a bit of work in Max.

The big drawback for the digitakt is the lack of live looping. I really need that if I want to incorporate guitar.

I will echo that while the 555 doesn’t satisfy all of the requirements, it is my favorite piece of gear I’ve ever owned. I have had so much stuff come and go, and I always come back to the 555. Some of it is sentimental/ingrained workflow, but it’s just generally a super inspiring box with so much capability, and yes the live looper is magical.

there aren’t a lot of things that check all your boxes… the closest would probably be norns - but you’d need to customize a script like reels to get all of your features.

the er-301 eurorack module can do all of that stuff, but is more expensive than a digitakt and you’ll need to work around the lack of midi support (more $$)

i will second the rec for the loopy app - up to 12 stereo asynchronous loops with full midi support and a very intuitive interface. can run on a phone, so very compact. i use it with the irig pro duo. it can’t do the speed change stuff, but i believe you can reverse loops.

I’m getting lots of use out of Enso. It’s lots of fun and pretty quick to get up and running