Last night we turned in version 1.0.0 of our upcoming synthesizer LION. Between that and having a kid, this is the first free morning that I’ve had in months. I took the opportunity to sit down and record an all-software live EP.

This was a lot less fussed-over than my previous two EPs. There are no edits to each performance, and the only post-processing was compression and limiting. Each performance is built around the same patch, but with increasing intensity.

(The above widget loads slowly. Here’s a link to my base Bandcamp page:) 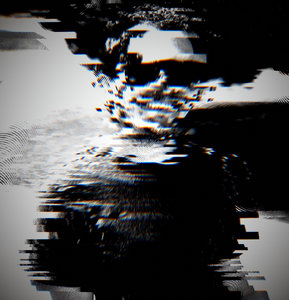 The February Thaw is Michael Hetrick. He lives in Houston, TX and runs the plugin company Unfiltered Audio. He is also the creator of Euro Reakt for Reaktor 6.

Congrats on LION, and the release … oh, and parenthood. Is there information online about the LION synthesizer?

@trickyflemming can you describe the patch a bit? It sounds very cool!

Thanks! @disquiet, here’s the LION 1.0 manual: LION Manual.pdf (3.6 MB)
It should be released sometime in the next two weeks.

@AlessandroBonino, sure! It was made entirely with VCV and my mouse. I’m been having a bit of anti-GAS lately where I’m stripping down my studio and trying to use as little as possible. It sounds a lot more like European program music (i.e. what you hear more at academic institutions) than what I typically release, but I think the last track in particular is one of the better pieces I’ve made. I’m especially satisfied with the mixing/mastering job.

Here’s the VCV patch, as cabled for the last track:

In general, Elements is the primary generator, Marbles and Caudal are the sequencers/modulators, and then Glitch Shifter + Fabfilter Pro-R are the effects. Slap and Rings are used sparingly to affect the timbre of Elements. On the final track, Pro-R is sitting in the Glitch Shifter feedback loop. On the other tracks, the Glitch Shifters are cross-wired feedback-wise and then sent to the reverb instead. Console isn’t really doing anything… I just have that connected to Scope, Rec, and Audio-4 as my VCV template patch. Even though the patches grow in intensity, Caudal’s speed was actually lowered from track-to-track. On the last track, the Speed is turned all the way down, and I’m making use of the HIT button to create those dramatic transitions.

For mastering, I stopped paying for Adobe CC a few months back once they raised the rates on me. Previously, I used Adobe Audition. I have a developer license for Studio One, so I decided to try that out. The project mode is excellent! Very clear metering and track layout… I mastered all the tracks together at once instead of individually. I’ll be using that from now on.

The final chain was:
Fabfilter Pro-MB->bx_masterdesk->Shadow Hills Mastering Compressor->Fabfilter Pro-L.
I hadn’t used the Shadow Hills plugin yet (it just came out a few weeks ago), but I think that it did a great job at handling the dynamic range without over-squishing it. bx_masterdesk was mainly used for bass imaging (keeping everything below 80 Hz on the center channel).