Control Voltage has them in stock. There was one on Reverb yesterday that sold pretty quickly, they’ll pop up from time to time.

EFN said they should have new stock of monome things by the end of the month.

I’ll need to set up alerts. CV was out of stock when I last checked but I’ll have another wee look. (although I’m EU so post/import will be killer).

Edit: it was perfect circuit I looked at not CV.

Ace. I have an alert set up for EFN.

just a heads up that i haven’t shipped to EFN in a long time, so unless he’s just found some stock that he didn’t put up online… i’d e-mail him

Cool, have fired off an email.

I emailed him at christmas and he said he hoped to have teletype in stock late January.

Apologies if this is documented somewhere, but I wasn’t able to find it. Is there any way to know what firmware an Ansible is running? I acquired a secondhand Ansible and Teletype recently which did not have any of the cables with it… No USB-A - A, no i2c, etc. I have these on order, but in the meantime I’m wondering which firmware I’m dealing with.

The Teletype displays it of course, but with the Ansible I’m less sure. It responds to MIDI; I don’t know if that was there in the beginning.

I’ll have the cable soon enough and then I can update, so not a huge deal, but was curious.

II think we’re on 1.6 at the moment, I know 1.5 added quite a few features that you could check for to see if yours is running at least 1.5;


Like if you have arc you could look for divisions which was added at 1.5. Did a quick search around but I’m not sure what 1.6 added.

thanks to @freqout for new feature additions: https://llllllll.co/t/kria-ratcheting-alt-note-glide/12085 and thanks to @Fma for updating the docs! get it here: https://github.com/monome/ansible/releases/tag/1.6.0 and check out the docs: https://monome.org/docs/modular/ansible/

though, as I was playing with Meadowphysics last night, certain things did not seem to be behaving as described by the manual, which could be firmware versions or could be user error. I’m inclined to lean towards the latter but it’s hard to diagnose.

The Teletype was on version 1.1 and the Ansible was dated 160608, which is pretty early in Ansible history if I understand correctly. I would not be surprised if the firmware on there is what was shipped with it at that time.

I was hoping for the module somehow reporting definitively what it has installed, but that’s harder without a screen obviously. Probably best to just wait for the cable and update them myself

Update: Kria does not have meta sequences, so it’s pre-1.5. I think I’ll wait until I can flash updates to go deep on learning. It’s still fun to mess around with both KR and MP even if I’m not quite sure what’s going on just yet.

Actually, programming that into Ansible’s firmware might be a neat little exploration and a weekend PR for me. It would be simple enough, from a UI perspective… Hold down some combination of buttons for x seconds, and then TR1 pulses n times for major version, followed by TR2 pulsing for minor version and TR3 for point releases. It wouldn’t help earlier versions but at least it could potentially be in there going forward.

the latest ansible release is 1.6.1: https://github.com/monome/ansible/releases/tag/1.6.1
(the thread to check for latest versions: Update tracker)

there is no way to check which version it’s running other than checking if specific features work, as suggested. meadowphysics is more confusing as i don’t think docs were updated for the latest version? don’t remember now.

it’s fine, just a little disappointing to have the modules but need to wait until next week for the USB cable to arrive so I can bring them up to speed with current firmware.

OTOH basic Teletype syntax hasn’t changed much since 1.1 to my knowledge so most of the studies still apply, and like I said I’m getting some good stuff out of MP and KR with my new Grid even if I can’t trust the manual for Ansible 1.6 right now.

I could also do something crazy like plug my Grid into one of those computer things.

syntax did change a bit (which some of the studies might not reflect). you can see what was changed here: https://monome.org/docs/modular/teletype/manual/#whats-new

(make sure to check out changes in v2.0 particularly)

Sometimes you just need to go to a brick and mortar store! Got an appropriate cable. 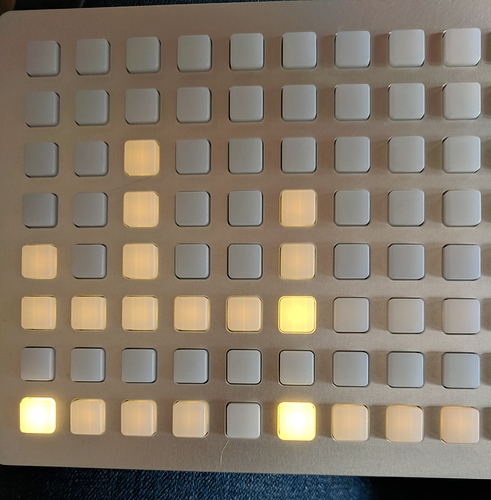 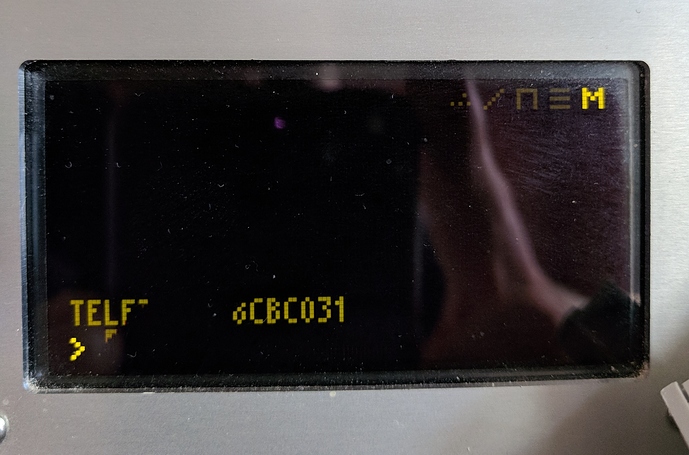 Excited to dive in!

I also forked the docs… If I can construct reasonable updates out of commit messages and my own experiences learning things, I’ll send some PRs in.

Thanks for all the advice!

if you haven’t seen it yet check out this thread to get started on firmware dev: Teletype firmware discussion

Hey, I was wondering:

The trigger outputs send out a 5V gate. They’re digital, so no scaling is possible. Some MIDI modes do use a CV channel for velocity.