A lot of good points here. I’ll just add that it helped me to think of monome stuff as tools to make instruments instead of instruments themselves.

and am still finding my way around, but I have to say this is a really helpful insight - Thank you!

to be fair, tehn has a great video rundown of mlr (flagship monome script), same with @dan_derks and cheat codes. what’s even better is @Puscha and @n-So, who both have video tutorials on kria, are two of my favorite artists on lines (seriously, check out their work). was a big push for me diving into monome

I’m thinking about getting a Norns and Grid and have a few questions:

• Does Norns store audio samples? That is, could I record and/or load in a samples to manipulate and recall easily?

• Can you tell me more about Norns’ built-in synth engine? Is it like having Ableton’s Operator on board?

• Could I send MIDI to a synth module from Norns as well as well as send out audio directly? That is, could I use a Grid as a controller for a Moog module and then also send audio out Norns with samples and even Norn’s own synth engine? Could all that happen at the same time?

• Does Norns store audio samples? That is, could I record and/or load in a samples to manipulate and recall easily?

Yes, Norns is secretly a small computer running Linux, so you can store samples in folders to be loaded and manipulated by scripts.

• Can you tell me more about Norns’ built-in synth engine? Is it like having Ableton’s Operator on board?

Norns doesn’t have just one built-in synth engine. Norns runs SuperCollider, so there are quite a lot of possibilities for synth engines, and more can be reimagined by you or any of us. Concretely, some scripts like Molly the Poly and FM7 offer polysynths that you might check out in terms of what’s already on offer.

• Could I send MIDI to a synth module from Norns as well as well as send out audio directly? That is, could I use a Grid as a controller for a Moog module and then also send audio out Norns with samples and even Norn’s own synth engine? Could all that happen at the same time?

Yes-ish. Norns can do USB MIDI out. Norns runs one script at a time, so you’d need a script that sends out MIDI and internal Norns audio at the same time. Off the top of my head the script that is most likely to do that currently is Orca. Of course, the possibility of writing your own script for your own needs is always there!

Right now I’d say norns is most powerful around sequencing and live audio manipulation/ looping rather than the synth engines, but this impression is limited by the apps I’ve tried and the ones that have been written—there seems to be new ones almost every day!

Could all that happen at the same time?

I agree w/ @alanza and the only thing i’d add

if your asking about potential/capacity for the system to handle these operations at once…no question, the answer is yes

Yes, Norns is secretly a small computer running Linux, so you can store samples in folders to be loaded and manipulated by scripts.

IIRC, Norns has about 4 gigs of internal storage that it uses for the system as well as anything else if there is room. Not that’s exactly a lot, but it’s not nothing either. OOTL with the conventional Norns software ecosystem, but is there an established convention for using external USB drives for things like sample loading/recording?

is there an established convention for using external USB drives for things like sample loading/recording?

The system doesn’t really provide any features for this right now. The only USB devices norns currently does any special handling for are MIDI, HID, and monome grid, arc, and crow. The UI for file loading and preview playback basically assumes your audio clips are in /home/we/dust/audio – as long as you mount your USB drive somewhere in there I would expect it to probably work. Of course user scripts can access other locations on the filesystem as well if you like, but generally everything is done in /home/we.

Additionally, I believe all new norns sold now use the updated compute module with 32 GB of flash storage and slightly improved processor specs, or you can update the compute module yourself on pre-2020 norns. With the shield the amount of available storage is just determined by the SD card size.

Hey everyone! Been following this thread for a while but just purchased a norns shield. Been seeing a lot of people use the grids as well but was wondering how the grids works or what exactly it does.

I saw someone use something like this. Not sure if it works the same. 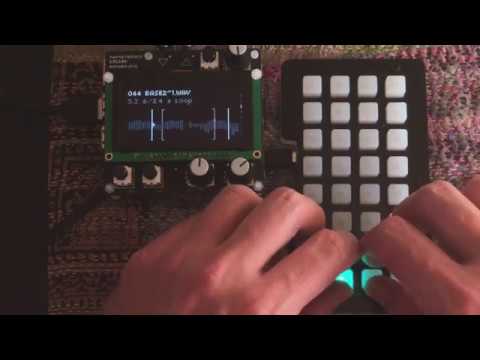 The grid is a decoupled interface that can take user input (button presses) and can display some output (buttons lighting up).

It essentially doesn’t do anything by itself, but instead, relies on apps to perform any actions.

mod note: i’m moving this to a more appropriate thread where plenty of people can help answer your questions…btw welcome!

The grid in the video is a Neotrellis M4 from Adafruit. It is a MIDI device.

The monome grid is 64, 128, or 256 similar buttons that speak the serialosc protocol over USB.

Many norns scripts will support both monome grids and midi devices but often do so in different ways (the two types of devices will be capable of different operations from one another in a script).

was wondering how the grids works or what exactly it does

ah yes, ‘grids’… i heard them once best described by a warrior from the ancient [forums]:

not as clumsy or as random as a [midi-controller], but an elegant weapon for a more civilized age. For over a thousand generations, the [grids] were the guardians of peace and justice in the Old Republic. Before the dark times…

the newer ones with varibright offer powerful visual-interface capabilities as far as controllers go, and they send tilt information, too… this is a varibright256 from 2012 with openGL visuals from Max drawn to the grid:


this one was a sampler app i made(with added control for a dynamic fx chain); sound and led-control all designed within Supercollider:


they’re the best controllers ever made

they send tilt information, too… this is a varibright256 from 2012 with openGL visuals from Max drawn to the grid

Is this script available for download? I’d love to try it.

which one, the first video or the second? the first was a simple max patch, i don’t have that exact patch, but you can go off of the last Max patch i posted here, it shows how to write the openGL visual to the monome, plus has some extra output for tilt, basically the same patch but with different visuals:
https://llllllll.co/t/quick-easy-max-patch-collabz/38646/10

the second video was a SuperCollider app i wrote in 2013 or so, but around 2014 i dropped SC entirely and stuck with only Max since, so although it looks like i have the SC code, i’m not entirely sure it works or how… i can still upload it here though, let me know if you want that one too, but it might be difficult for me to describe how to get it running(if it still does… and that one’s just an app that matches buttons to one-shot playback of samples, it doesn’t have anything mapped to tilt).

Thanks for the link! Exactly what I was interested in.

Been looking around non stop for whatever he’s using as a grid in this video. It’s not from adafruit from what I can find. Anyone have any ideas? 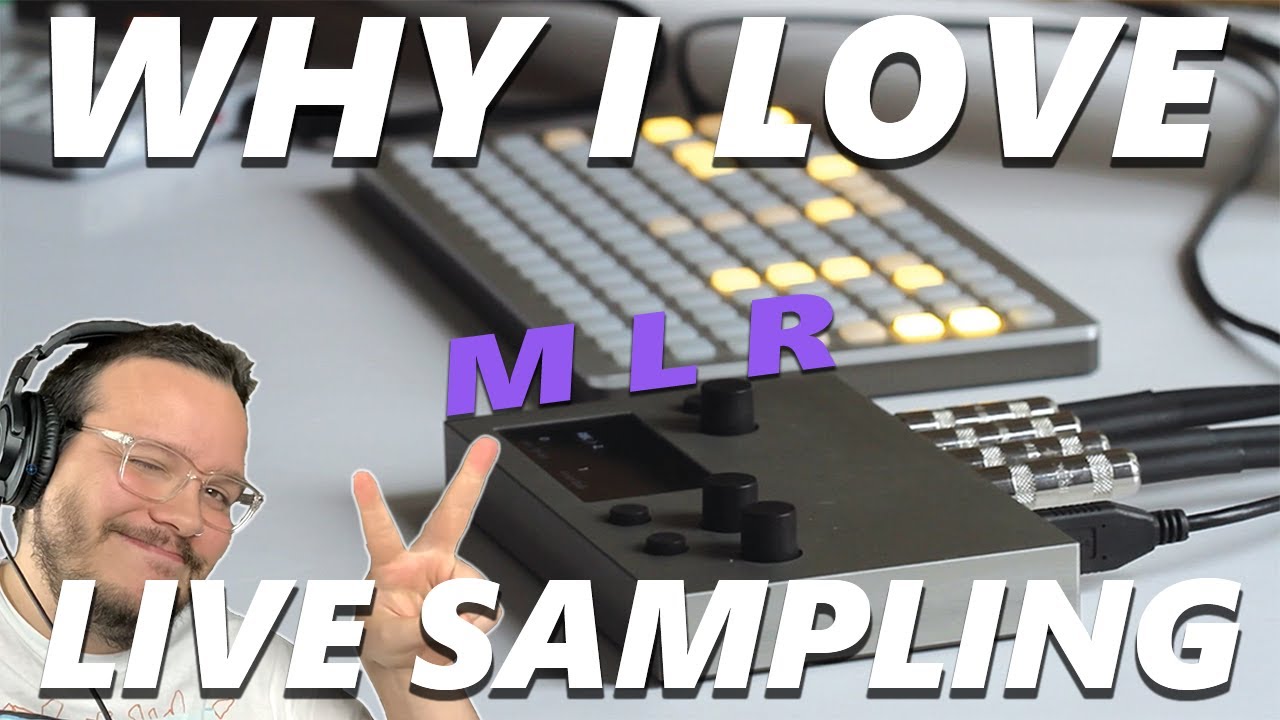 [IMG_2861] grids! There’s been a few DIY grids over the years. Arduinome, etc… Some monome serial compatible and others not so much (midi grids like launchpad, etc.). In recent years, szymon_k got a couple compatible grids working with SparkFun button boards and Adafruit’s original trellis boards. The Adafruit HELLA Untztrument Grid Controller Kit was a kit of the trellis boards and buttons which looked like a good “ready to use” solution, but was still a mono-bright grid and needed some hac…

Haha I thought the same thing. Was kind of surprised he didn’t share it. But thanks! I’ll take a look.