Thanks, @glia . I still own an OP-1 and Push. I’d consider selling the OP-1 if the Grid covers my sequencer and sample mangling needs. I suppose I’m looking for something that can keep generating new sequences, rhythms and harmonies with minimal input so I can play guitar and/or sing at the same time. I also want to write a melody or trigger a sample and then transform it in real time with some elements of surprise.

As for specific examples of music that draws me, I love Nils Frahm, Sylvan Esso, Jon Hopkins and Floating Points. Hope that helps!

hi!
during this year i built myself a fates and a neotrellis grid, and i damn love this combo. so now my question is: why not sell my a4 and octatrack which are taking dust and build myself a little eurorack case to use it with norns and grids?
my idea is to have a voice which can be modualted a lot, and if possible, some effects on top.
this is something i like : https://www.modulargrid.net/e/racks/view/1398566
i’m planning to buy a nifty case bundle, so power, midi to cv and output staging are covered. i don’t mind code myself some script to use a grid sequencer and an “effect” for norns in the same script (like oooooo and krya combos or something); the main goal is to use grids and norns as much as i can.
can you give me some advice? diy is highly recommended, and i don’t care of dimension, the smaller in hp the modules are, the better

would you suggest me to buy even a crow? i don’t do livecoding, neither i’m planning to use it with ableton, only with norns.
any advice is welcomed <3

would you suggest me to buy even a crow?

especially if your goal is to control modules from norns

if you like building diy then i strongly recommend building these to start:

I got a Fates the first part of this year, it hooked me and I sold a bunch of stuff I didn’t use and turned it into a Grid, Crow and Ansible. the Crow is so useful, I am only using it for CV/gate out from Fates. also I’m doing similar to what you’re thinking, going with a diy 80u case to only have a couple voices for Fates work. so far it looks like this but honestly I’m not so sure I even need the uO_C. the envelopes can come from scripts and the quantization is taken care of as well. you can see I’ve got a 2hp hole on the bottom that could easily be another Crow that just does scripts. I can’t figure out what I need the top 40hp for. 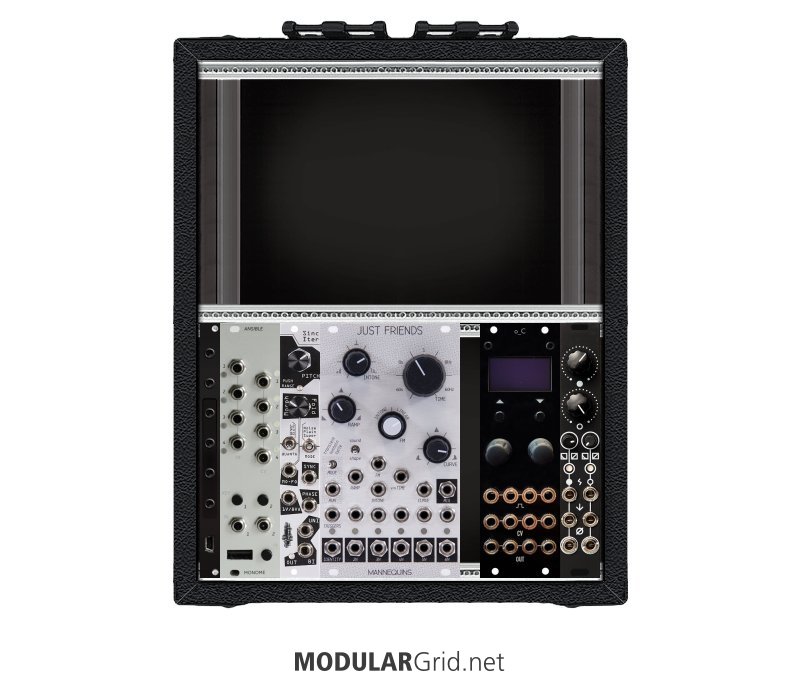 if you like building diy then i strongly recommend building these to start:

Those look preatty neat! I should really consider the dual lpg, can be pretty useful.

Crow is so useful

I know but as the case i want to buy already have some USB to cv and gate output, i will keep those 2hp free… I want to try how much i can do without it AMD then decide. I wanted an ansible myself but apparently my grid won’t work with it, unless thing change. Do you like your just friend? How do you use it?

still waiting! just ordered it in december so we’ll see. i have some guilt about such an expensive module but it does so much and the idea that i could control two voices via crow AND midi AND jf sounded too good.

minimim I’m gonna need another oscillator in there for the second crow voice.

Seems pretty exciting for sure!
I really like the mutable instrument elements, and that smaller atom version is very tempting… I feel i’m somewhere near i want to be but it miss something…

This isn’t an answer to all of your points but I want to let you know my experience with the Nifty Case bundle and why I would recommend against getting it.

All in all, I got rid of the whole thing within a month of purchasing and instead moved on to DIYing a case, using a uZeus for power and building a CV Pal for a MIDI connection. The Nifty Bundle is super tempting for the price, but in my eyes, it’s better to save a little longer and get yourself a case + modules that will be more reliable and you will keep for longer. I think it very easy to outgrow the Nifty Bundle almost immediately.

Thats some serious advice thank you!
I found a used niftycase without modules for 150, im still tempted.
How noisy? Is it even in recordings?

I should know this already but - does the Norns work as a USB midi device on its own or does it need to be connected to a midi interface?

Works as usb midi host all by itself

Certain devices can drain it more quickly than others

just to be super clear: norns is a USB host, not a device.

it can receive messages from USB-MIDI controllers

it cannot communicate with other hosts (e.g. desktop computers) without additional hardware

Do Monome produce official tutorial videos?
I can find lots of 3rd party ones on Youtube and Vimeo, but official ones from Monome seem to be either non-existant or very limited.

For example there’s a meadowphysics tutorial on Vimeo by tehn, but it’s just text on a screen rather than a voice over explaining how things work.

What sorts of tutorial videos would you want to see?

I guess some deeper dives with spoken word rather than text overs from Monome / tehn.
The better tutorials are all 3rd party ones, which kinda seems strange.
There’s an excellent clear and concise one about Kria here from Puscha. 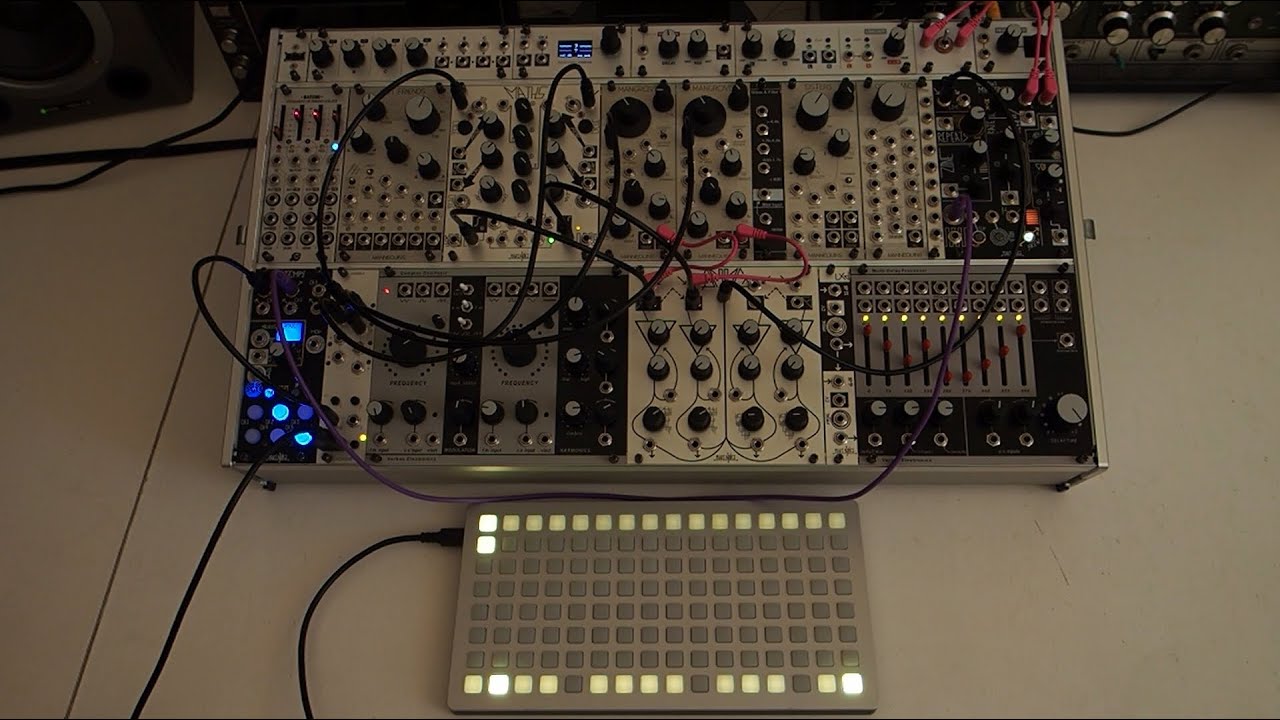 I also understand the community nature of things, but it still feels like more could be done here, which would lessen the barrier to entry and make more people comfortable about going down the Monome ecosystem path.

I know Monome isn’t Ableton for example, but given how huge the monome community is, it seems mindblowing to me that more isn’t out there.

monome’s tutorials are more in doc form, like this kria - docs. seems pretty exhaustive to me.

any questions you’ve got, someone here can probably answer them. you also get some access to the designers themselves, since this community is so much smaller than something like ableton’s.

So, what’s a “deep dive”? For me, that means “be as detailed as possible”.

To be honest, I don’t actually think most people want a real “deep dive” of Monome products. A remarkable portion of the tech stacks used by Monome are open source, which means that a lot more guts are exposed compared to similar commercial products. That means a lot more ground to cover. A “big” company like NI or Ableton would have a tough time covering the ground that Monome would have to cover (keep in mind that mostly everything is documented already, just not in video format), and Monome the company is tiny.

To illustrate my point, take the Grid.

For something like the Grid, “detailed as possible” is a lot. most people stop thinking about things after programs like Max/MSP or the norns and think that’s all there is too it, but there’s also the underlying serialosc protocol on top of that can be used independently of MaxMSP using OSC. And below that, there’s the serial interface that runs underneath OSC, usually controlled via libmonome library, but if you know how to throw bits over a serial connection, you can just roll your own using the spec. At this point, you’re probably writing C code, maybe C++. And that’s about all that’s publicly exposed. You learn all of that, you’ll IMO have mastered how to (technically) use the Grid.

This to me would be what the structure “deep” tutorial for the Grid would look like to me. Is this the sort of thing you were thinking about?

When I first got into Lines and monome, I too was hoping for more resources on how to get started. I was happy that the docs went through some reorganization and am generally satisfied that I can find what I need by digging around and asking some of my friends here if I can’t find something.

And I’m not a coder or builder so my needs aren’t all that deep anyway.

What I have noticed is that there is a great deal of generosity shown by community members who write documentation, code apps and scripts, make tutorials, invent hardware and much more.

However, as far as I can tell, much of this activity is done by individuals. It seems a possible evolutionary step might be for small working groups to self-organize to become collective subject matter experts, taking on various topics and developing appropriate artifacts (my Scrum training is showing) for the use of the greater community.

Just thinking out loud, but I do think it would be very cool…

Do you have any specific questions the community could help you with today?