I recently came across the Noodlebox - a kinda grid style sequencer from a small manufacturer in England. It’s a really nice standalone device which is primarily designed for Eurorack integration, but also had MIDI out. It is surprisingly fully featured for a fairly low cost too. Sharing here as I think there is some crossover in terms of appeal with Monome folks maybe. 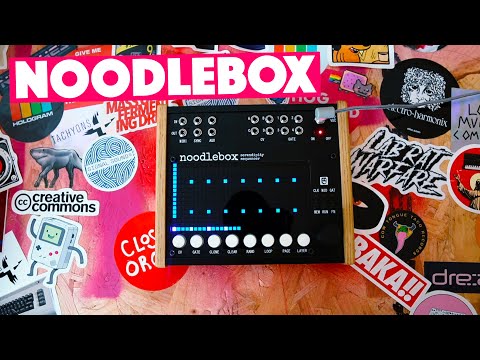 Is anybody else using one?

It’s not Eurorack per se, but is anyone using the Sixty Four Pixels Noodlebox? It looks pretty fun, especially the way you can set loop points on the fly, but there do seem to be a lot of button combos. Thoughts?

Been eyeing one of these and they do look very nice, can never have too many sequencers

Hello from the east coast @unexpectedbowtie

I had a quick play with a prototype about 3 years ago - it does look really good fun and reminded me of Fugue Machine on the ipad. Not sure it was for me and I cant put my finger on why not (maybe it felt a bit too much like an ipad screen, rather than hands-on but not really sure why I feel like that)…

Yeah, there are definite similarities with the Fugue Machine!