Good thinking. Been meaning to, but have yet to, mess around with dnd. Thanks for reminding me.

not sure how feasible this is because i’ve never touched lua/the norns codebase at all, but wondering if there’s some way to implement some global setting to change grid lighting in a way conducive for non-varibright grids (a la the way CC2 does it)

maybe i’m being selfish because i only have a grayscale grid, lol - but i imagine there must be some way (or some code pattern to follow per script) to make it so ‘fully lit’ LEDs are solid, any ‘off’ LEDs aren’t, and any value between is flashing? or some variation thereof…?

it’s probably a simple, yet tedious, task to edit scripts for mono-bright compatability. you just need to look through the grid redraw function and make brightness values below a threshold 0 and above that full on (15 for vari-bright, i guess 1 for mono?). the real chore will be remembering grid layouts without having dim lights to guide you

this library has a mode where you can set one brightness threshold to round up or down. it might help in some cases (not exactly what you’re looking for) 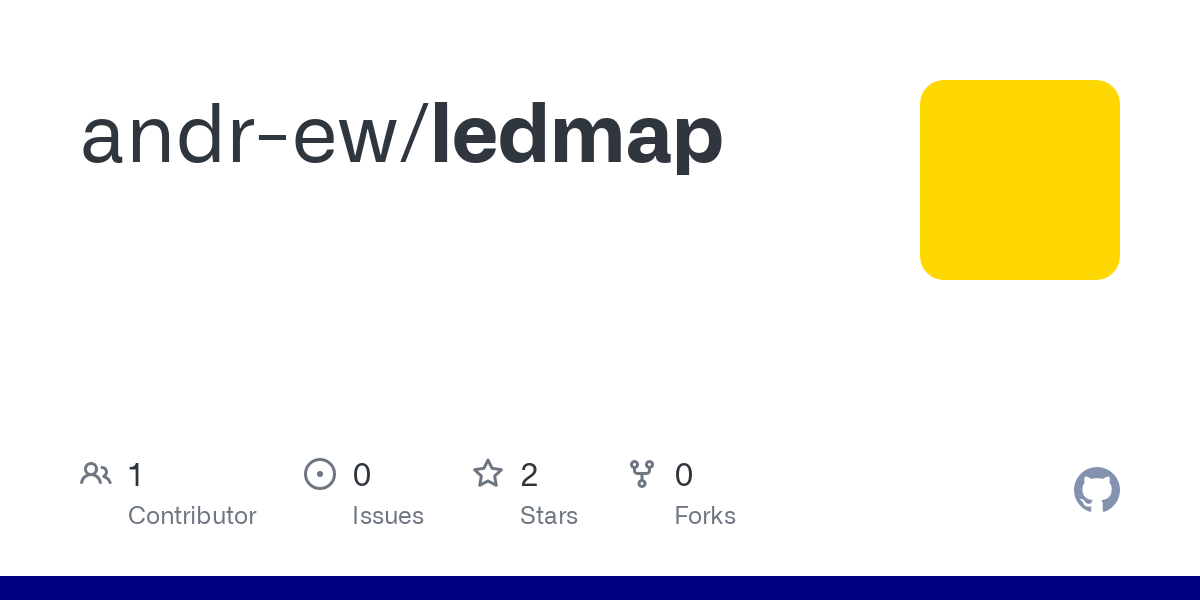 Contribute to andr-ew/ledmap development by creating an account on GitHub.

Norns mod – or maybe stock norns feature – for parameter discovery over OSC. It sends contents of params:list() to configured OSC address and port on script startup. Additionally it listens to OSC messages to a certain path with two arguments, an IP address and port, and responds with contents params:list(). In a more advanced setup even with min and max values.

i was just doing some fun livecoding in on-device Python by controlling norns script params over OSC, eg. benjolis /param/setFreq2. While the K1+K3 UI trick is super (whose idea‽

), a parameter discovery over OSC could be fun for a scenario like this.

Teletype on norns. It’s possible and there’s a precedent for successfully running Teletype on the computer in the VCV Rack monome modules by @Dewb. The I/O could map e.g. so:

Plus crow and OSC and maybe even i2c.

It’s definitely possible; most of the desktop Teletype translation layer isn’t VCV Rack specific and I have been thinking about other environments that it could be leveraged in.

But I think @sixolet’s PHONOTYPE is a much more interesting mapping of Teletype ideas onto the capabilities of the norns system.

I might make this if nobody else wants to or if it doesn’t exist but I want to build a little beat-synced looper for sketching acoustic song ideas.

It’d work kinda like this: you set a BPM and a loop length and it runs a click track while you record a loop of that length and then it starts looping that. You can do this on multiple tracks which are layered together, and each track can switch between a few different loops.
If this exists I’d love to know what it is!

kinda similar to Samsara: a minimalist looper with the following exceptions:

I believe Reels is also similar, but as far as I know it doesn’t support bpm syncing (yet! i doubt it’d be hard to add)

having the system > devices > MIDI (and grid, etc.) menu show which devices are actually connected without having to individually click in to each slot would be nice! some sort of asterisk like the script favorites system, perhaps?

Is there anyway to get internet world radio through Norns and use that audio to
save to tape or use the live radio as an add-on to any script that takes a sampling input.
Just to be used as another sound source.

Yes! wow, an interface to radio.garden would be amazing, haha!

M3U playlist is here. Is Norns able to stream from M3U, how would one even start?

An idea: a chord recorder for grid. For storing midi chords under 128 buttons

@mlogger, i just installed mpv and am listening to radio aporee on norns (via ssh)! the sound doesn’t play into the scripts/TAPE, but it’s something/a start.

@justmat - your mpv just one argument away from having work with norns scripts/tape! this works:

you are a wizard! i knew it was possible, i just didn’t have the time to dig

Having Turing complete von Neumann architecture synthesizers is so good

Oh my that’s brilliant! Is it possible to run/activate this from within a script as well? Have never tried to do command line stuff from Lua.

for sure! just ssh in to norns and run the command while a script is loaded. i played around with aporee into otis for a bit