please forgive me if this is somewhere else on the forum
does any norns app have a freeze similar to this? 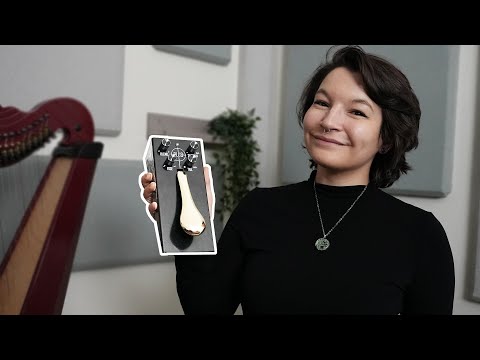 I have an idea that has probably been asked elsewhere but here goes: is it possible to control a Disting EX from Norns via Crow? Has anyone done it before? I assume it would be a fairly straightforward modification, might be the first I try!

SC has PV_Magfreeze built in, it sounds a little stuttery but might work better with different window sizes/curves and maybe some bin amplitude modulation…

yeah you can control disting ex via crow. you can find the list of implemented commands here or you can use the crow.ii.raw command.

I only used it to send notes to the disting or to bypass midi notes via the disting.

I had an idea regarding isomorphic keyboard-grids:
it’s not norns specific but might be easy to implement there. Since on an isomorphic keyboard every note exists more than once i thought it would be interesting if the different buttons of the same note would make a difference in timbre, like on a where guitar you can play the same notes on different strings but they’ll have a slightly different timbre.
Using the monome grid and something like gridkeys mod (now w/ q7 layout, crow & jf outs) that information could probably be translated to midi velocity or polyphonic aftertouch, since it doesn’t have that anyways.

I don’t have a grid to try or use that myself, but maybe someone else like that idea too

Would it be possible to, in a mod, address each input on norns separately, variously sending each to the reverb, softcut, etc and adjusting levels individually - like a 2 input mixer?
Would this be a firmware patch thing?

I had this idea the other night of addressing JF to play notes at a very fast speed, with random amplitude- as to create dense ‘granular-like’ textured beds of notes. I prototyped it in Orca and then set out to write my first script- it’s far from finished, but here’s an idea of what it will be able to do!

Idea for a Mod, 8 internal lfos with rate and depth options that can be mapped to any parameter that midi can mapped to.
I love scripts with internal lfos but having these as universal system wide lfos would be amazing

did you expierenced this?

Hi @mo_o, there were some changes by @infinitedigits I believe- selection menu is now under “radio” in the params menu!

A mod for clocking or getting clock from teenage engineering pocket operators and korg volcas would be amazing. I guess there would have to be some sort of mono only mode of clocking via out but clocking in could retain stereo.

I’m imagining a MIDI looper mod. I spent a little while messing around (and looking at the MIDI docs and passthrough source code), but couldn’t quite figure out how to hook into the MIDI messages.

Seems like this sort of mod could also allow saving/playing MIDI to/from file, but that might be feature creep.

EDIT: maybe this is just turning middy into a mod?

I do this to avoid clashing with the device midi connects that are defined in scripts. So if this is something you want to also avoid, i’d recommend following down this path.

Thanks! I was messing with the override and the device.event assignment, but my trusty debugging strategy (sticking print functions everywhere and seeing what happens) came up short. I’ll give it another try with that info.

Asking those seasoned Norns developers out there, how difficult would it be to make a mod that allows one to save a new default state for particular scripts parameters. At least in my own usage, this would be incredibly useful, but I have no clue where to begin working on such a thing. I’ve been attempting to better learn development on Norns (as someone with no prior experience in development on any platform) and am wondering if this could be a place where I could begin. Would this be a relatively simple thing to implement or would this be very difficult thing to do in the grand scheme of Norns development?

you can already save parameter sets in the PSET menu, having the script load a particular pset at launch is as easy as two lines of code:

where n is the pset number you’d like to load. just add that into the bottom of the scripts init() function, and bob’s your uncle!

Oh sweet Lord! I knew the presets, but hated the idea of having to load a preset by hand to get to what I wanted the default state to be so having this bit of code to auto load the presets is a game changer. Thanks a bunch.