mlr / cheat codes / wrms can get into the ballpark sorta. none of them are granular but they can all pitch the live input up an octave which sounds like part of what is happening here (but there will be clicks). plus there’s end of chain reverb in norns if you want it. silos is the only live-input capable true granular script, probably also worth checking out but I’m not sure what all that one does

Pedalboard: Chainable FX for norns also has a pedal using the source code from Mutable Instruments Clouds, which can do live-input granular including pitch shifting, density and length control, feedback, etc.

(Clouds is of course going to mimic the Microcosm “Granules” mode, not so much the Micro Loop, Glitch, or Multi Delay modes) 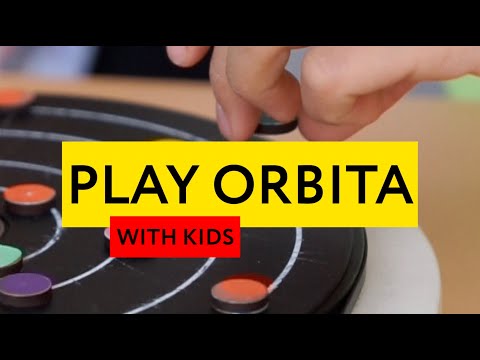 There is this device coming but it seems like there is also a version for Ableton: maybe it can inspire somebody to make a similar script

an idea I came up with today:

it’s quickly pulling me back in to norns coding and - hopefully - creativity in general. that is, after all, one of the reasons the trickster exists.

I think it would be really cool to have a norns script that works with a sdr USB dongle. I imagine norns to be a midi controllable radio receiver and recorder

Maybe check Donna Haraway’s texts on the coyote, a trickers character for inspiration?

I love Haraway! Good reminder to re-visit, thanks.

thanks. this gives me an idea for a <adjective to be determined> script! a chord sequencer. basically have three revolving rings, with one note from chord spread amongst them evenly. each rotates at a different rate, and then each rate is adjusted by 1/4 of the LCM of the three rates so that the chord “in phase” will change each time. at least thats the idea. plus some other interesting weird stuff as usual…

Cool!!! By the way, there is a script called Spirals which also rotates and plays notes.

Ah and one more thing came to mind: a script for generating solos, like a guitar solo and melodies.

And what I absolutely love in guitar solos is slow note bends, that would be freakin great

I mentioned this idea a while back, and now I am properly applying myself to learning supercollider and lua, and am finally getting a shield in a few months, I thought I would share my more solid plans for a three card spread tarot synth.

It’s called Seidr (seer in old Norse, meaning a praticioner of divination)
Basically, spinning a knob will generate three cards of the major arcana. This spread is classically past, present and future, or situation, action, outcome, and every combination of these three cards will create a different synth.

In the script, each card has an associated oscillator, effect and modulation property, related to the cards meaning.

The Fool is a raw saw wave, or a saw wave modulator, or a fixed filterbank with volume scanning between each frequency band by the modulator card. I think these three reflect the musical version of the naive optimism and simplicity of the fool on the beginning of their journey.

The Tower is a chaos noise oscillator, the same chaotic noise as a modulator, and a delay with octave down pitch shifted feedback, with modulation of delay time (representing the complete chaotic destruction and life upheaval of the tower)

The Goddess is a organ like sine with harmonics, a slow tidal modulation, and a wet slightly resonant lowpass filter with modulation of cutoff (representing the moon association, and the hidden, dark or below the surface shadowy associations that The Goddess represents)

so Goddess, Tower, Fool would be an organ tone, put through a fixed filterbank, rapidly chaotically jumping through which filter band is loudest.

(Edit for those interested: this spread suggests there is something to do with internal hidden emotions that is currently coming crashing down horribly, and a new journey/life direction were you start from scratch may be in your future as a result of this)

And Tower, Fool, Goddess would be chaotic noise, heard through a low pass filter with the cutoff being swept by a saw wave.

(Also for those interested: A big upheaval of end of something in your past has lead to you currently having to venture out starting from scratch, and if you follow this journey, embracing the fresh start this upheaval have you, it will lead to uncovering something pteviously hidden from you)

I imagine the oscillator cards to range all the way from basic white noise and simple waveforms to complex FM and physical modelling, and the FX cards to be anything from a low pass filter to a full looper or granular engine.

There are 22 major arcana, so 66 discreet ‘modules’ that I will need to create, plus simplified card illustrations that fit on a norns screen. It may take me a few years!! But I can start with the really simple ones and I have some other more basic scripts I want to make while working on this in the background. I will probably share it before I finish all 22 cards too, then slowly add more over time. I have no idea how to work it out, but it’s possible that there may be around 9000 different synths available with the full 22 cards!

P.s @NoraCodes , I know you are familiar with tarot, would you be interested in collaborating?

Hey folks. I haven’t found a good break slicing tool for norns yet. Cheat codes is almost there for me, but what I’m looking for is a bit like a midi/grid-triggerable Propellerhead Recycle.

Anything out there that can already do this, both on and off norns? I find Simpler / Sampler in Ableton throughly frustrating for break chopping, amongst other things. I’m convinced their reverse-loop mode is broken but I can’t find the patience to make a demo video!

I was also thinking of the benefits of a similar audio file format to Propellerhead’s .rex, but for norns. User could ‘chop’ audio in one patch, then other patches could load up a bespoke file containing the raw audio and the slicing points defined in some accompanying metadata? Foreseeably useful?

Amen should be a great starting point, but I also want to encourage you to dive in to modifying scripts to your liking, or even building your own scripts.

I have 0 coding knowledge, but the norns docs, extensible libraries, and help of the community (there are literal geniuses on call in the help section of the discord, which I see you just joined!) have made working on my first script these past few months pretty painless. I know it seems like it could be ‘cutting into music time’, but how many hours have we all spent hunting down gear?

You seem to have a really clear idea of what you want, and that’s awesome! Your best chance of getting it exactly right is doing it yourself, and we (all of us) are here to help

amen is pretty close to what you are looking for but it doesn’t do transient snapping or zero-crossing stuff. you can trigger things with grid / osc (and midi too I think depends on parameters setup), but you’d have to store in the slice points (you can set slice points on the grid, but they aren’t stored anywhere).

but, it would be surprisingly simple to make something that fits all of these criteria.

amen itself is based on a sample playback engine I wrote: samplePlayer_v6 (actually that repository will take you through all the steps nessecary to understand how it works). the magic feature of that sample player for me is that it is able to crossfade changes in splice points, eliminating glitches when jumping. it also does reversing, speed changes, etc.

zero-crossing is also easy to do - I wrote another thing that does it: zerocrossing.scd but never used it for anything (yet). but you could combine that with the sample player to make sure loops loop back on themselves glitch-free.

transient snapping is harder. it is possible, but transients are always tricky. I have a little script that does this too in thirtythree: wav.lua. it uses aubio under the hood which has multiple algorithms for splitting on transients.

happy to help you explore possibilities!

You could denote the cards numerically to simplify the images, or use a correspondence image like in Kabbalistic references.

This makes me wish there was also a random flipping synth script based on the I Ching. The hexagrams would be a perfect pixel design and I imagine there would be a way to code the coin flips to choose trigrams, as a lot of digital versions have already been made too.

Thanks @yams and @infinitedigits very inspiring!

inspired by the excellent idea by @nonverbalpoetry about a tarot synth generator, just throwing this out there in case anyone feels compelled:

I Ching random sequencer. I know nothing code wise but I wonder if adopting an online I Ching randomizer program would work at all. The trigrams flipping around and blending into hexagrams would be a real cool visual for norns.