Amazing! Ive always been a sucker for phase distortion.

I’m hungry for a 64 grid norns script that allows me to apply fx to incoming audio or from tape and is centered around performance. Like the good ole dj64’s fx page or a sp404.
Amen comes really close to fitting the bill, but it prefers a few bars of drums, not a whole song. I can fit a little over 1 minute into the amen buffer but things start to get weird when you slow the clock down to cram in material. Pedalboard has a bunch of lovely fx that are less performance centered, more like a set your signal chain/tone, but all these awesome effects already exist. My idea is wrapping them in a specific way as a grid performing tool. It look cool when they press those buttons and the buttons make it sound funny.

Would love to hear how you’d like to improve Pedalboard so it’s more friendly to performance! I map MIDI faders to the params I want to control live, and it’s also got Arc support for that

I don’t think pedalboard really needs improving, I use pedal board as a tone shaper and sound mangler for audio input with norns and I love it. I only have two 64 grids and an arc2, so I’m not able to make much use of MIDI, although gridkey mod might help me there…
Awesome that you’re still open to working on pedalboard. This kinda started as a 64 grid support theory for pedal board, but I thought the dj aspect of the whole thing takes it into different territory.

Some features in my head might merit it being its own script more:
a button on the grid for tap tempo so that you could quickly change the base rate of tempo synced fx.
Maybe it would be necessary for some effects to process on their own buffer? like you time stretch and mangle the sound, then release the effects and it would snap back to the live input.
I thought it would be cool to center the script around 64 support for my own selfish reasons, but also so that 128 users could have two “decks” of the script at once and make awesome smooth transitions or easily build entire sets.

off the top this afternoon

I am just wondering if anyone knows of a script in Norns that is similar to the new Noise Engineering module - Melotus Versio??, which is described as “a stereo texturizer that uses granular processing to transform and reshape sound” 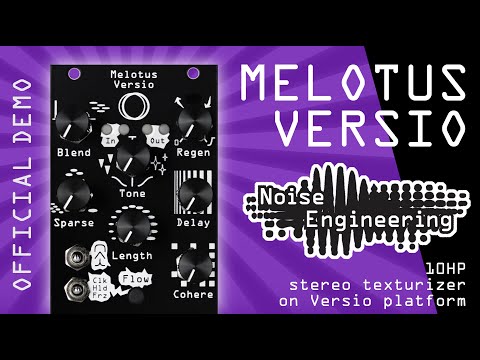 Honestly, clouds with detuned octave grains and a filter would be pretty similar, there’s not too much actual variation between different granular modules. There’s a clouds port in pedalboard, I’m sure there’s a lowpass/Highlands filter too.

cool what is this “pedalboard” you speak of? i thought everyone was just talking about an actual pedalboard. lol

This script, it lets you chain individual effects on Norns.
Edit: @BonJoey beat me to it!!

AWESOME, going alphabetically through what came loaded on my norns and im only up to M and plus I swung back around to Arcologies and Cheat Codes because they just felt way too deep not to. Imma do a cheat day today and check out that Pedalboard though this afternoon. thanks for the link!

Would it be possible to (universally or per script) add the option to ignore incoming midi velocity (ie so I can just have fixed velocity notes from my akai lpk25 ?)

I find it great to give more visual to live electro
"is an envelope follower that triggers a random sequence of droplike Sine-tones
At the end of the chain is a vibrato that is faster the higher the note is to sweeten the sound. "

Do you know a similar script for the norns ?
thanks 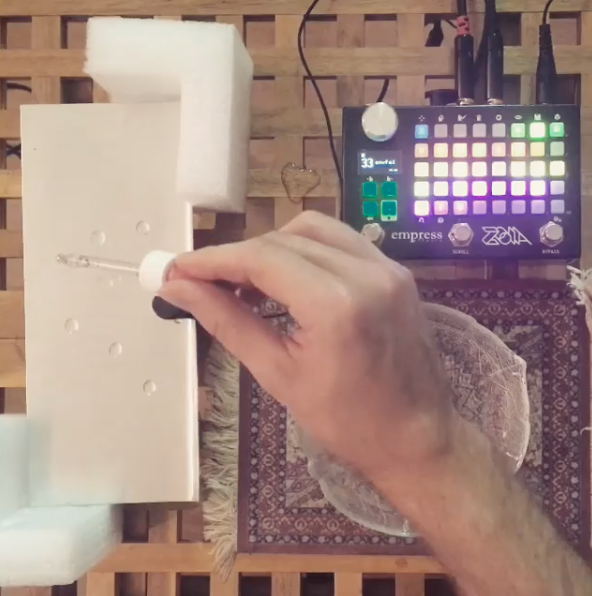 DripDrip is an envelope follower that triggers a random sequence of droplike Sine-tones. Every time...

or at least a websdr script to Tape from

Yeah 4-track tape fondling hipsters be like “I love the richness of lofi sound”, I’m like “oh yeah? Let’s talk about RealAudio on norns”

There was a certain something that RealAudio did to kicks and hats that I’m nostalgic about. Listening to the latest Plus8 releases on RealAudio via dialup, when the records weren’t even available in Ireland was very exciting, and connected me to a world of techno that would have been difficult to be a part of otherwise.
I particularly remember listening to the two Silvershower (Ian Pooley) releases that way and they don’t sound quite right in high fidelity now

Oh yes. Plus8 for sure, and while Helsinki had some hardcore action at the time but yeah Rotterdam gabber sound on 14.4kbps model with flat rate over the weekend. Oh the memories. I don’t miss the “buffering…” though. This is one of aspects people hesitate to work with when they do “lofi”

Yeah, compression algorithms as send effects. Kind of like bitcrusher, but more nuanced. I have ffmpeg on norns (just used it today) and now I’m thinking if it takes live audio from Jack/Alsa and send it back to the norns chain without feedback… ooh thanks