I just replaced encoders 2 & 3 on my norns following along with the video posted to the norns docs and now the norns isn’t turning on. I’m hoping it is something I am failing to see but everything looks to be put back the same way I took it apart.

I’m hoping I didn’t cause any damage while unsoldering and soldering the new encoders onto it. I noticed that some solder jumped onto two small points on the board next to encoder 3 which I pointed out in the images below. 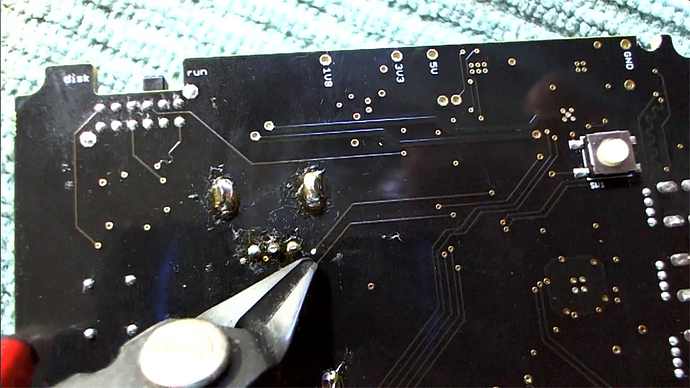 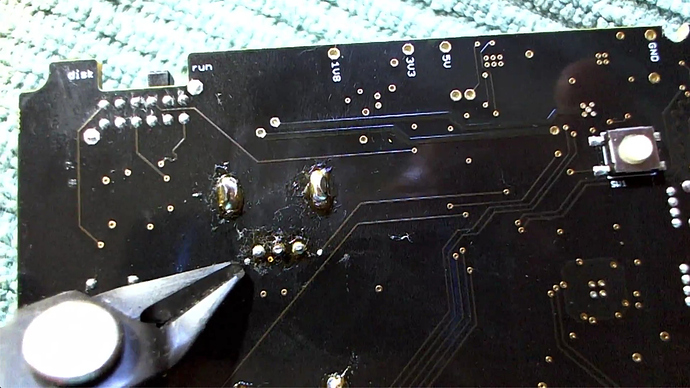 Don’t know if there is a reboot process after unplugging the battery from the board but nothing happens when holding down button 1.

It shouldn’t be a problem with the vias (small holes). Is it the encoder model from the bom?

Also, clean the flux ( the sticky orange stuff) off with some isopropanol alcohol. It can cath small particles and fibers, sometimes enough to cause a short.

Norns should turn on even without the encoders in place. It actually has no way of knowing if the encoders are there or not. Maybe if you have sorted pins while soldering that could be the culprit. Also try connecting your norns to an audio interface/mixer when you turn it on to check for the chime, maybe it’s a problem with the screen connection.

are trying to turn it on without reassembling fully? often i try to turn on a pcb alone and the reset button will be held down.

@Jensu Yes, they are encoders from the bom bought them through Digi-key. I tried using isopropanol alcohol with a paper towel but that flux wouldn’t come off, do you have any recommendation for a tool I could use to scrape that off with?

@LT6J I will try connecting to a mixer and see if the chime happens but wouldn’t the LED in the back turn on as well?

@tehn Initially I tried after fully reassembling it. I was wondering if hitting the reset button would cause any issue but it wouldn’t if it was clicked while the battery is disconnected right?

I successfully got it to turn on (don’t know what it was). But then after turning encoder 3 it turned back off and now makes these popping sounds when trying to turn on. 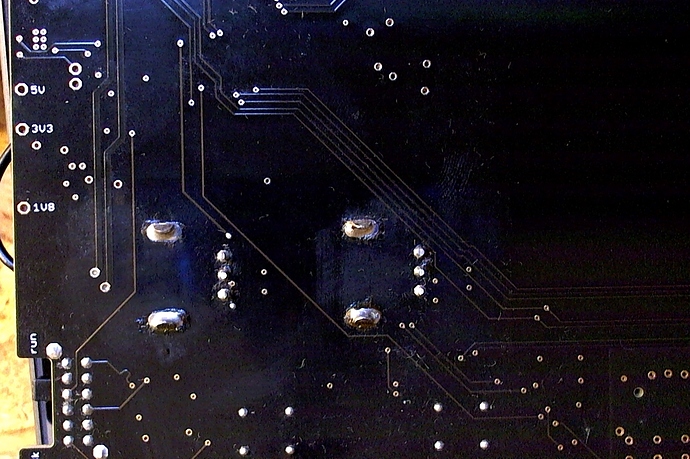 you need to trim the legs shorter perhaps

and reflow the solders?

I just checked the front side and noticed that one of those tiny resistors next to the encoder had solder on them and was causing the short!

Trimmed the legs as well!