Not The Reverb Thread

Reverb and electronic sound goes together like water and soluble stuff. The two become one to produce something very good indeed. I think it’s fair to say that reverb is a staple, but sometimes one can overindulge and reach for the verb just that bit too often!

Since we have The Reverb Thread, I thought it might be nice to have a thread specifically to discuss not using reverb.

This might also be a good place to share reverbless music and sound, the sort that sounds like it might have been recorded in the vacuum of space. Sounds that are so dry you’ll be reaching for a glass of water.

I’ve seen a few of these new year resolution things around social media lately and thought I might see how long I can keep dry in 2022!

Björk’s song ‘Where Is The Line’ (Medúlla, 2004) always impressed me for a number of reasons. One is that it features a choir in a remarkably rare state of relative near-reverblessness. It’s been a while but if memory serves there’s a room reverb on the singers, yet to me at least (socialised as I am to figure choirs as inhabitants of, first and foremost, church spaces) the simple contrast between the expected hall and the received room makes the singers sound so brusque and immediate, as if standing near Björk herself in the booth. It’s a weirdly produced album and this excerpt is no exception. That’s all I can add to the thread just now but I look forward to reading what others have to say on this cool subject.

The drums on about 50,000 different mid 70s hard rock and prog records are as dry as it gets, just take your pick.

This is good timing! I’ve just acquired a Buchla Easel Command and I’m challenging myself to use it without reverb/effects. I’ve been thinking of Laurel Halo’s Quarantine, which has aggressively dry vocals for “rhythmic contour.” The effect is striking (especially combined with her singing style).

From a FACT interview:

“I started out with a ton of echo and reverb on the vocals, but it sounded supremely boring to me, so I was curious how they’d sound dry in the arrangements and got rid of most of the wetness. It ended up creating this amazing contrast effect, the vocals slicing through the mix, giving rhythmic contour to the tracks that was previously missing in delay haze. It was tempting to use autotune but I decided against it because there’s this brutal, sensual ugliness in the vocals uncorrected, and painfully human vocals made sense for this record.”

I think Broadcast’s Tender Buttons was a seminal album for me when it came out for its raw synth tones and simple analogue rhythms. Although far different in instrumentation, when a friend played me Serge Gainsbourg’s L’Histoire de Melody Nelson I got a similar vibe because of its dryness.

nice idea for a thread! @Net , thanks for the song rec - very cool.
Kali Malone’s work uses the same sort of juxtaposition you’re talking about - she often plays a pipe organ with zero reverb. It’s such a cool and uncanny sound. Sacrificial Code | Kali Malone

For a much less deep / esoteric cut, Beth Gibbons’s vocals on Dummy are super-dry and sound incredible to my ears: It Could Be Sweet - YouTube

For a much less deep / esoteric cut, Beth Gibbons’s vocals on Dummy are super-dry and sound incredible to my ears: It Could Be Sweet - YouTube

No, there seems to be a slight echo/repetition on her vocals if you listen carefully. It’s subtle but it creates some space around her. You can tell as there’s a little halo trailing off her last higher pitched notes when her phrases end.

I’m against draining sounds in reverb so this is still valid as a good example of subtle use; not that I’d expect anything less than perfect production from Portishead anyway. Using delay instead of reverb is a common practice if you want some subtlety.

It’s a great effect film/television when the reverb (and the space) suddenly leaves the room and/while someone is talking. You could almost say it’s a variation of one of Ben Burtt’s audio black holes.

A few notable moments off the top of my head:

In The Matrix, there is a distinct lack of reverberation in the Construct when Morpheus is talking. Really drives home the nothingness of it.

I can think of a few recordings whose liner notes demand that you play them into a real acoustic space, instead of simulating one: Maryanne Amacher’s Sound Characters (Making the Third Ear) of course; Thomas Lehn’s Feldstärken; Thomas Ankersmit’s Homage to Dick Raaijmakers.

David Cronenberg’s Crimes of the Future (the 1970 one; I just learned today that he’s making a new film under the same name, strange choice but great news) boasts some of the driest sound design I’ve ever heard.

No, there seems to be a slight echo

good call, though I think it’s totally fair to say the vocals feel very dry. The echo is so dark that you still get that good Voice-to-Skull vibe.

Beth Gibbons’s vocals on Dummy are super-dry and sound incredible to my ears: It Could Be Sweet - YouTube

@static and I were talking a little while back about how this is one of the sexiest vocal recordings ever. Every soft sibilant is like a whisper an inch from your ear, and you can just about chew on the yearning in her voice. (And, yeah, as @ParanormalPatroler noted, there is a little reverb on the high notes in the chorus, but the restraint is masterful.)

I recently completed my Isao Tomita CD collection and wow is there too much long reverb (Lexicon 224) on Grand Canyon. I mean, thematically that makes sense, but it was done with an overly long tail rather than a long predelay/echo, and does not come off that well at times. (But I love that album overall.)

When I was in high school, our orchestra took a trip to NYC and played a short set in the Cathedral of St. John the Divine. It was super weird. Neat space to be in, but you have to match the music to the space and our selections were wholly unsuitable.

I sometimes find heavily-reverb-ed music to be less rewarding on second and third listens. Then again, I occasionally bath in Valhalla Supermassive… but more than once I have used reverb while I jam and record and then removed the reverb entirely for the finished release. Probably my favorite sounding EP was recorded/mastered this way.

edit: also felt worth noting as an agoraphobic, spaces with huge natural reverberation pretty much give me panic attacks haha.

oh boy. ive done a ton of thinking on this exact subject. here are my personal conclusions ive drawn:

i didnt like the idea of such a large part of the sound in music i was creating came from a plugin. it felt like lazy production to me. that pushed me to try reamping in different spaces as well as recording in spaces.

subsequently i felt that if i designed a reverb, that would absolve me of my laziness. this is what ive currently been working on.

i never took things as far as going completely dry, ive always appreciated some level of fx which can include reverb, but for me just so long as the FX was intentional and meaningful it will always have a place in the music i make.

Lots of early 90s R+B had very dry vocals for that staccato-y sound. 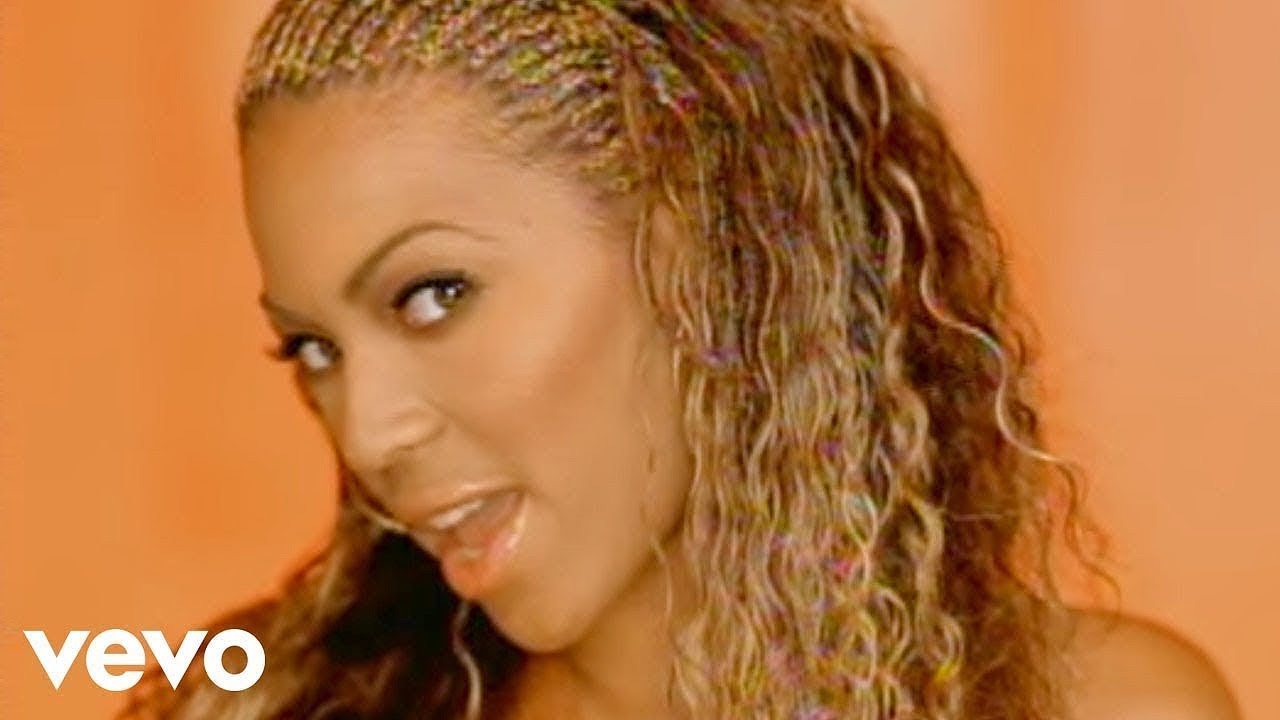 in my acousmatic works i don’t use reverb. Mostly because it reduces too many parameters of whatever sound goes into it, to a single thing.

One thing that i sometimes do, however, is stitch the recording of a space (± like a room tone) right after a transient from another sound. In some cases, the ear makes some sort of convolution and places the transient in the space.

Overall i look for ways of creating space and immersion without passing things through a reverb; like accumulation in specific spectral areas, moving grains, layering atmos, etc.

There will always be speakers and a room at the moment of public performance, which will color the experience quite differently than a headphones-listening in the middle of the night.
I tend to like my sounds really dry as i don’t want to touch people through boxing gloves.

[quotes=“hankyates, post:13, topic:51559, full:true”]
i didnt like the idea of such a large part of the sound in the music I was creating coming from a plugin.
[/quote]

This reminds me a little of Lush’s album Spooky. Robin Guthrie’s production paints the whole thing in this Cocteau Twins-esque chorusy varnish where the band and the production form this sweet amorphous blob.

This reminds me of when I sung in a chapel choir as a teen. Our practice space where we did 90% of our singing was a pretty dry room, and our performance spaces were churches, abbeys and occasionally cathedrals with genuinely huge natural reverb. It was really cool as a lil audio nerd to notice how hugely different the prices sounded in the two spaces, and was really clear how most if the composer’s of that music really had the acoustic architecture of these huge reverberebt cathedrals in mind when writing. Even to the point where some harmonies or series of notes sounded totally wrong in the practice space, but suddenly made sense when naturally layered over eachother by the acoustics of these spaces.

But also we would sometimes sing in a much smaller 6-8 person group in little friarys where the rooms were much much smaller and dryer, and the intimacy and intensity that the lack of reverb gave then was really striking.

Dryest track I could think of 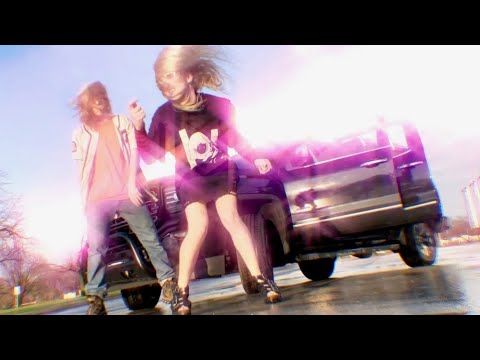 Here are two of my not-reverb experiences:

One thing that I like to do is to automate reverb parameter changes to “play” the reverb, taking it away from the limited use as a static space effect and into the realm of the bizarre. Parameter locks on the Octatrack are great for this, as well as sequencing Eurorack reverbs, but you can automate the reverb in Ableton Live just fine, too.

Why would one make a universal reverb/dry aesthetic decision ? Why would you limit your use of colour ? I shall never use the colour green ? The relationship between an instrument and its acoustic space is an important part of its musical effect . Are we thinking this doesn’t or shouldn’t apply to electronic sound ?