Recently been trying to find interesting sources of weird electronics knowledge, circuit snippets and ideas outside of the synth/pedal scene. Inspired by people like Nonlinear Circuits who has found chaos and generators and neurone simulators etc in scientific literature and adapted them into modules. Excited about the concept that eurorack is basically just an ‘Analog Computor’ a lot of the time

Going to post some stuff in this thread (better than only sharing it with 3 nazis, 2 compulsive arguers who even knowingly argue with a markov chain chatbot, 1 literal russian troll and 2.5 decent electronics people over on Noiseguide), please do share anything similar

I guess NASA have a tonne of interesting stuff. So far found this 1976 compilation of general circuits https://ntrs.nasa.gov/archive/nasa/casi.ntrs.nasa.gov/19760013284.pdf

http://sci-hub.tw - good site for bypassing unfair paywalls on research that is supposed to be open to all.

https://ieeexplore.ieee.org/document/271147/ “A zoo of strange attractors from the canonical Chua’s circuits”

https://ieeexplore.ieee.org/document/4502690 “Distortion-Compensating Filter for Middle Ear of the Cat” OK now we are getting somewhere

https://www.ncbi.nlm.nih.gov/pubmed/5441221 “A Preliminary Investigation of Piezoelectric Effects in Chicken Feathers” - imagining a contact mic made from feathers now

thanks for this, looks really interesting. Love the watercolour schematics too

I don’t spose you have the full text for those handy, have you?

I’m a huge fan of Martin Howse’s work - I heard about him initially from his ERD line of euro modules, but the rest of his research is really interesting, blurring the line between esotericism and hard science. I love things that treat technology as a divinitory tool.

Not to hand but if you paste the URLs into the aforementioned http://sci-hub.tw/ you can download the pdf, same goes for almost any unfairly non-public academic paper you might find

siiiick. Break down those ridiculous barriers. College would have been so much easier if not for those bridge troll “journal” sites.

Yes same! Known Martin for some years and have his Dark Interpreter and Micro-blackdeath, great noise instruments and yes his research is really unique and interesting. His work was a major influence for our (Isn’tses) Fort Processor project

Here are a few links I have kicking around, if you don’t already have them.
http://www.techlib.com/default.htm and yeah, his research inspires me to destroy the notion of software, computers, and electronics as merely utilitarian tools - his older linux-based work (island, ptraces of death) really makes me want to explore them as divinitory tools, similar to how I view making music or art. this piece by Jay Griffiths is a good encapsulation of what I mean.

I think there’s a societal notion of some sort of mutual exclusivity between things seen as creative or “left-brain” such as art and music, and things seen as logical / utilitarian as coding, electronics, etc. Martin’s work really inspires me to try and destroy that exclusivity, and I think his approach is the way to do it.

(sorry for the short ramble, hah)

Oh, have fixed the link now

Love bat detectors, borrowed a pre-made one years back and plugged into an amp for instant amazing harsh noise

Great thread! There could be another on acoustic noise machines and sound sculptures.

There could be another on acoustic noise machines and sound sculptures.

This would interest you then:

It seems that the effect is subtle and many attempts were made to physically time travel. However, there are dangers to this particular machine. The time coils that go around your head do not have any safety features!!

Still, the unintentional poetry is great

**SINGLE WORDS: The Atlanteans. The abductees. The abductions. The abductors. The aliens. The aura. The auras. The automatons. The biocontrol. The biofeedback. The blasters. The body-mind. The brainstorm. The brainstorming. The brainwash. The brainwashed. The brainwashing. The bugs. The circuits. The coaching. The consultants. The consulting. The Consumertronics. The Consumertronics.net. The control. The controllers. The countermeasures. The devices. The diathermy. The dowsers. The eavesdroppers. The Egyptology. The enigmas. The entrainment. The extrasensory. The extraterrestrials. The fakery. The faking. The flashers. The fortean. The frauds. The ghostbusters. The ghostbusting. The gothics. The Goths. The hardware. The healing. The hieronymus. The hypnosis. The hypnotic. The hypnogogia. The hypnogogic. The hypnopompia. The hypnopomic. The Icarus. The implants. The infrasonic. The infrasound. The infrared. The inventions. The ir. The jammers. The jamming. The kinesics. The lasers. The levitator. The lonestarconsultinginc.com. The magnetometers. The meditation. The mind-body. The misrepresentations. The myths. The mythology. The neurophone. The neurophones. The neurophonic. The offers. The pemf. The paradoxes. The phenomena. The phenomenon. The phobias. The plans. The products. The psychokineses. The psychokinetic. The psychotronics. The psionics. The radionics. The rife. The robotic. The robots. The schematics. The Sedona. The services. The shrieker. The stimulations. The stimulators. The spying. The supernatural. The surveillance. The taps. The telepathic. The telepathy. The tens. The therapy. The theremin. The transponders. The tutorials. The UFOs. The ultrasound. The ultraviolet. The unexplained. The uv. The zappers.

I want this so bad, but not $30 for a photocopied crank pamphlet bad. 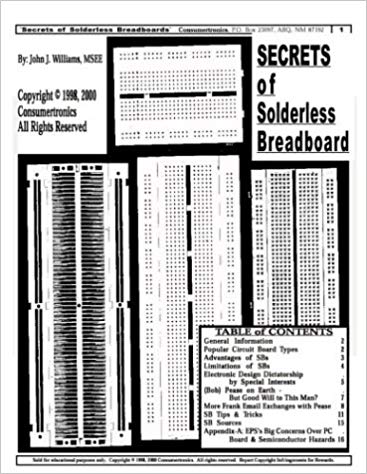 Is that a brown note generator?