Liking the look of this… 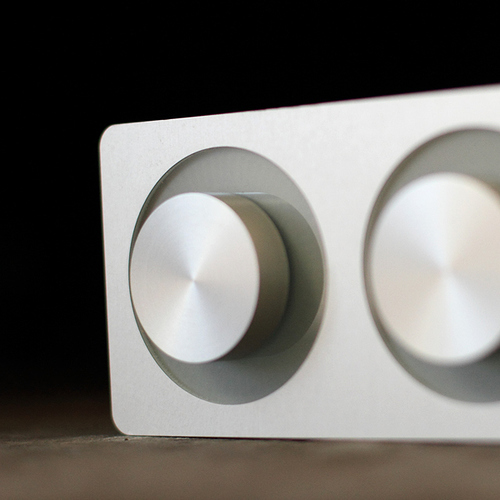 Since I sold my Arc2 in my endless stupidity, this would make me very very happy!

Yes this would make me happy too!

but I want a module that goes with it!..

Exactly ! And Teletype support of course.

this! would be a great pairing with a white whale / orca.

I hope it’s compatible with the arc 4 2nd gen cause i just bought one last month.

But yes, modules absolutely! I’ve been thinking of some rad applications for the arc 4 to be mixed with eurorack and would love to collab with someone if modules don’t surface.

i am always interested to hear ideas for arc-based modules-- if you’d like to throw out a few ideas!

I was thinking you could use a Raspberry PI or a Beagle Bone Black as a USB multiplexer of some sorts as a way to get round the lack of USB hub support on the modules. It’s not exactly elegant though, and would require a bunch of code changes on the modules.

The Beagle Bone Black has both a USB host and device port (via the gadgetfs driver in linux). Alternatively if you wanted to use a RPi (or a laptop), the AVR32 is able to switch between host and device at runtime, so you could swap between a grid and RPi seamlessly (theoretically!).

I agree. I’m new to eurorack, however I made a list of possible fun rad small functions an arc + module could bring to the table.

A programmable matrix mixer would be so great.

A single VCO similar to the mini brute allowing you to change “volume” of each wave type set to each arc ring.

A buffered sampler in which each sample fills an arc’s ring (aprox. 3 seconds), where push+turn (“push” function on module, or arc if added. preferably on module as i personally didn’t love the push on arc.) changes how much of that sample is looped for playback and non-pushed turn changes speed of loop.

A handy quad LFO with arc visual feedback. Possible quantization to “bpm” for each LFO to create useful interesting patterns but where the LFO’s oscillation “slides” into place to create a seamless change in oscillation.

A separate “hold” button on module for each ring, where while hold is being pressed you can make changes to chosen ring and when released, it returns to perimeter last existed before the “hold”.

and finally, an option to “mute/unmute”, but not necessarily “pause” each ring from completing its function.

I would like the expansion of ARC BEES Operator…

Module implementation of EDW! (I have no idea how this would work…

Or module version of the LFO max patch that you see James Holden using in his live sets.

Even a simple module interpretation of Returns would be pretty fun, I think…

if anybody wants to try a hand at writing a firmware for one of the modules and arc take a look at https://github.com/scanner-darkly/monome-mods/tree/master/arc_ww_init

it’s a basic template for a firmware for the white whale prepopulated with some arc specific code. i added some comments too. could probably be cleaned up further but should be a good starting point. should also be easy to adapt it to other modules.

Module idea from a dude without a modular:

LFOs with “physical” properties, speed up, slow down by turning the arc knobs, with a “friction” or “resistance” knob on the module that changes how soon the lfo slows down after a spin, a “gravity” knob on the module to change the pulsewidth (i.e. a high “gravity” LFO will be attracted more to the bottom of the arc). Maybe a VCA mode with amplitude controlled by how fast your turning the knobs, kinda like playing a wine-glass.