Relax to the sound of ocean waves 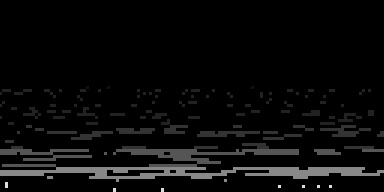 ONG creates a soundscape that simulates ocean waves rolling in. I sincerely hope the soundscape brings you inner calm and relaxation.

Record it with tape, play other things on top of it. Enjoy, exhale and deflate and let your thoughts get lost.

ONG is deeply inspired by the Ocean Noise Generator “guitar” pedal built by Syntherjack. I’m releasing this software version with permission from them.

There are a couple of other tweakables that are available through the parameter page, but not mapped to encoders.

can’t wait to try this, showers is one of my favorite norns-things, lovely to have it’s bath cousin as another flavor of noise — cheers !

Thanks for the excitement

let me know if you find any issues

i just had a noiz session with it running on two norns.
ran into quite a few problems though.

it starts up great…but then after a while the controls start to lag.
then they quit reacting all together.

it’s almost as if the sound of the water makes the norns fall asleep and it just drifts off.

speaking of sleep…when norns did actually go into sleep mode i couldn’t wake it back up.
luckily i was able to turn on the WiFi and send it a ;restart command via maiden.
if i could wake it up it would get stuck on whatever screen was active and i couldn’t navigate any further.

i also noticed that the lag effects that were happening in ong were causing issues system wide.
this was happening on both norns.
if i went to adjust the master volume in the norns OS it would lag really bad…as in…i would make an adjustment to the level and it would take it several seconds to react and adjust onscreen.

@SPIKE thanks for the report. You’re the second person to report these lags. I haven’t been able to reproduce them yet, my norns runs stable for hours.

But I’ll dig deeper into it - I’m suspecting that the rendering of the waves is causing this. I’ll get back to you once I have made some progress to isolate and remove that.

If you could give me some hints to reproduce the behaviour that’d be awesome.

i’ve just submitted a PR to automatically tame the compressor.

@eigen I saw, thank you so much. I’ll definitely add that after I find / fix the lag issue. I absolutely love the idea to add the ASCII art

regarding the lag issues, i see that you are using a metro object to drive the screen redraw.

i don’t know what are the official precos but, in my experience, using a clock instead (minimal example) was more efficient.
(that may very well have changed w/ the recent clock precision enhancements, though)

@eigen you’re probably right, I don’t need a high resolution timer… the animation runs only at a few fps. I’ll have a closer look at my usage of metro (it’s basically copy-pasted from arcologies without much thought) and/or replace it with clock.

Before that though I need to find a way to reliably reproduce the issue in the first place.

Gonna give it a go, excited for any new norns Noise scripts

Will look out for the slowdown issue and report back if I experience it. I have a feeling I might, get some weird slowdowns with one or two scripts

@cementimental awesome! I hope you like the script. If you find aa way to reproduce the slowdown, please do let me know

turns out my norns SD card is for no apparently reason suddenly completely dead ;__; so might be a while till I can even try

Wow, this one made me feel like I’m on the beach at night in some video game, absolutely fantastic!!!

Made a new norns SD and gave it a go, pretty lovely! But I’ve had the same kind of freeze, left it going for a while doing something else and when I came back to it the thing has become unresponsive, can’t even get button 1 to work to get to the menus.

Can you tell me one thing, did you by chance have one or both of the near/far wave speeds set to the minimum value 0.01 or near that? I’m still struggling to replicate the issue reliably, but I’m getting a feeling with very slow wave speeds it shows up more often.

yes quite possibly, i think i left it on a slow speed

Alright, a bugfix release is up.

@SPIKE and @Cementimental let me know if you still encounter the lag issue. I was able to reproduce it for slow wave speeds and that doesn’t happen for me anymore. Turns out it was indeed the graphics rendering that was bogging down the CPU on very slow wave speeds. it is now decoupled.

@eigen compressor is now handled automatically, thanks for the suggestion

AWESOME!
and now that you mention the slow speeds…that’s exactly what i had done.
everything was set to glacial movement on both norns.

@SPIKE cool, so there’s a good chance it’ll work for you as well now. Please do let me know if you find anything else

I think that before the update I had also visual feedback of the waves coming closer etc. Is it temporarily gone?